How to Sculpt a Brick Wall?

I am trying to make a brick wall from this reference image: 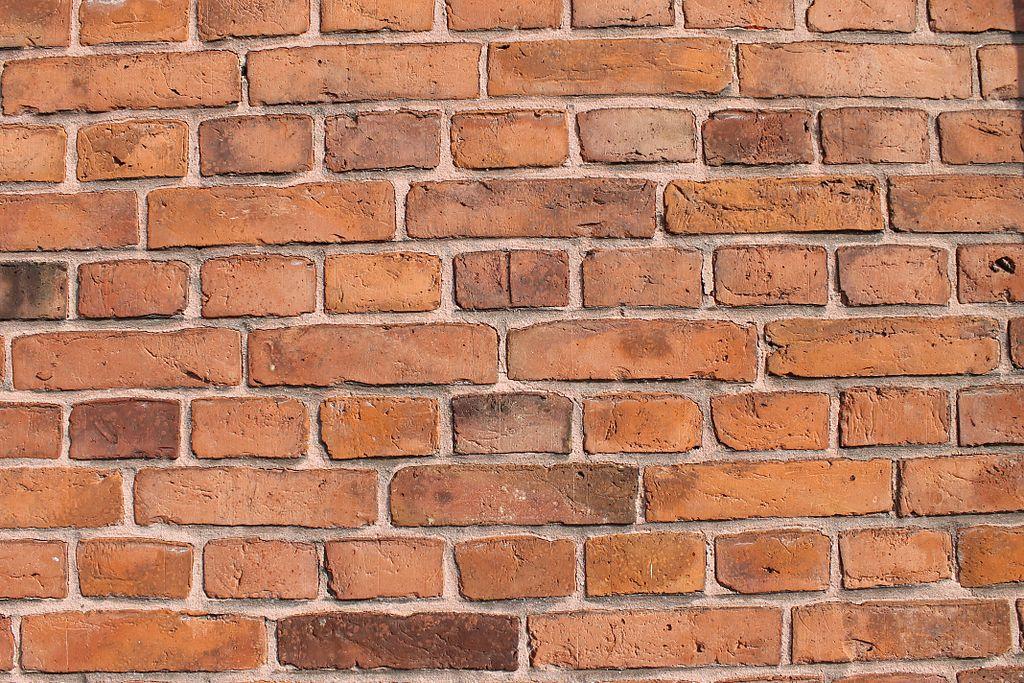 I drew the mortar lines in sculpt mode, but the lines looked too jagged: 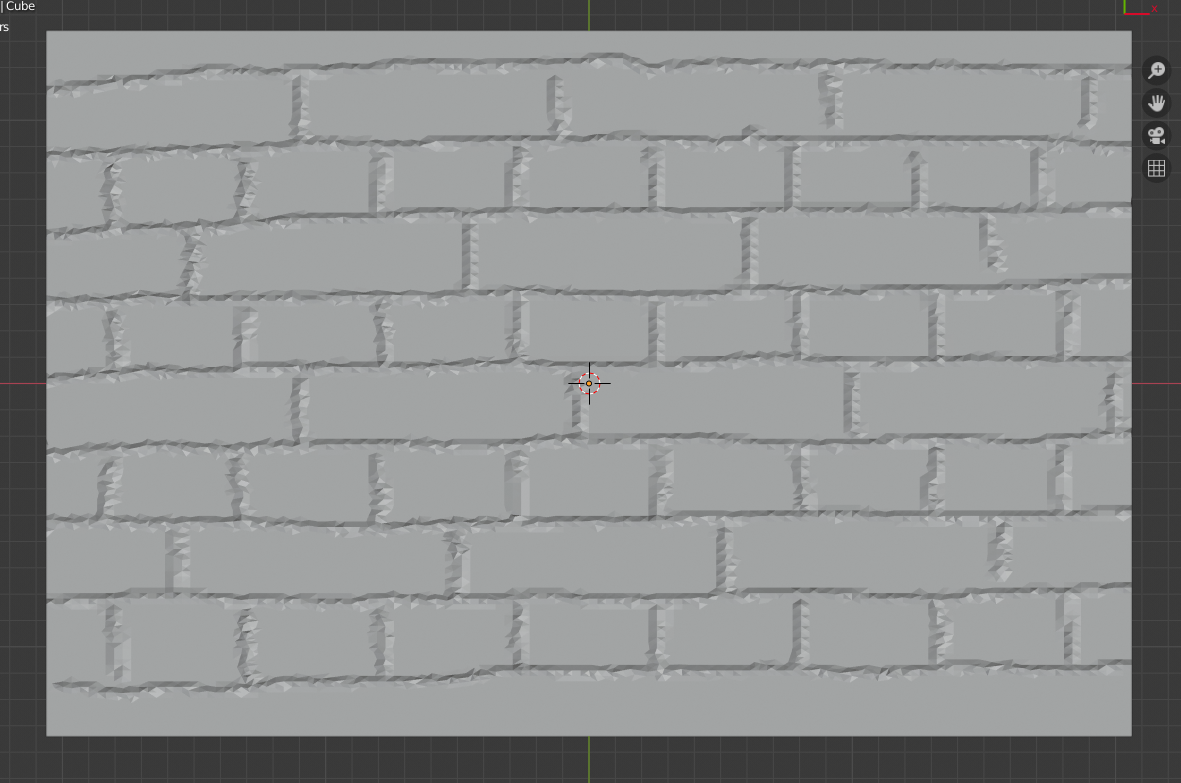 I changed the shading to smooth, but then the bricks looked blurry and there were dark spots in the mortar lines: 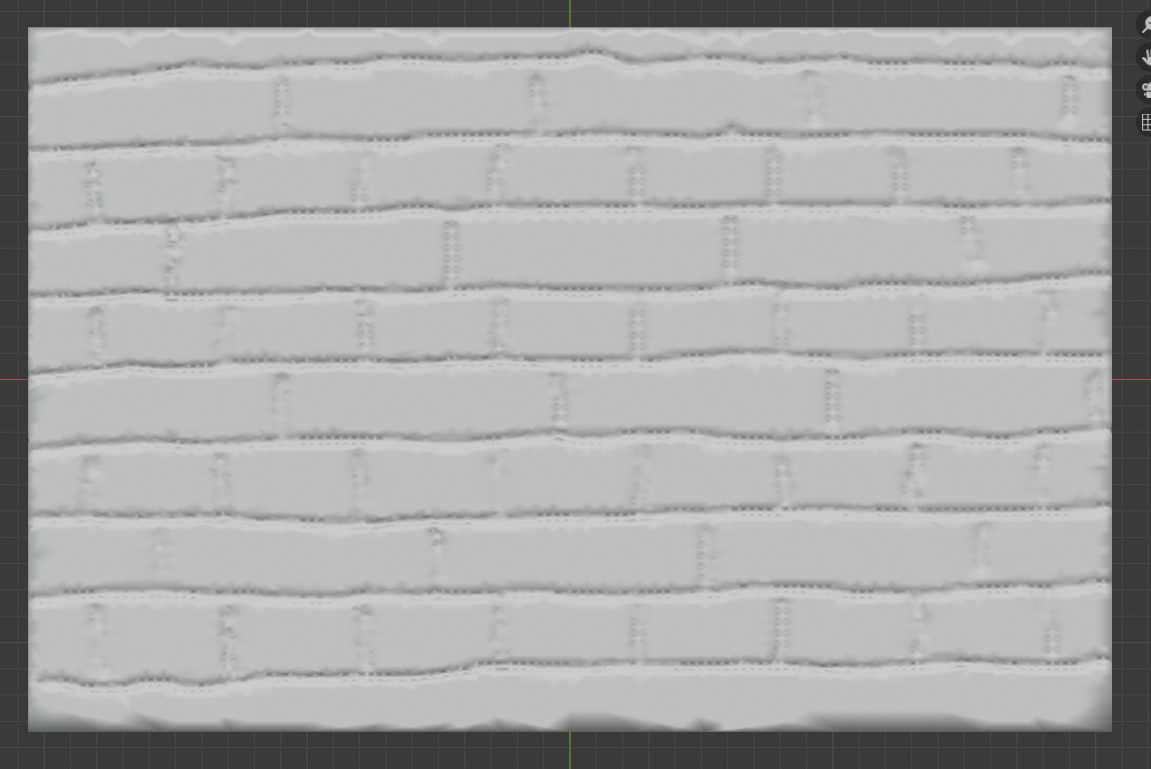 I can't even get the model to look right, nevermind the texture. How would I make this look proper?

How do you sculpt bricks? You don't. Seriously. Just Don't. There are easier ways.

I'll use the texture you picked for this answer, but there are plenty of sites where you can download pre-made repeating textures for free. (This one has terrible barrel distortion, and will look atrocious if you want it to tile.) 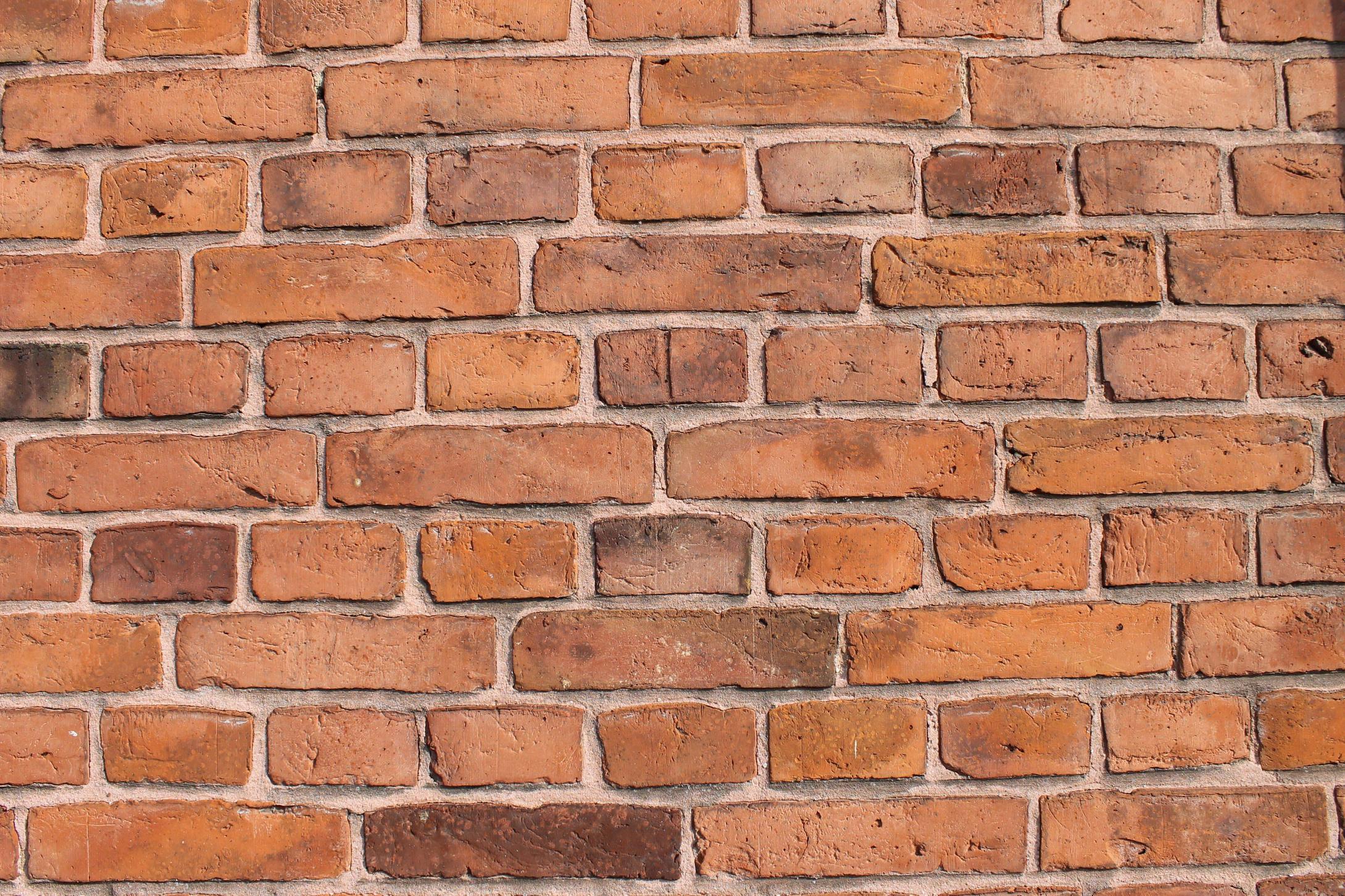 I took that texture and tweaked it slightly in Photoshop to get this height map: 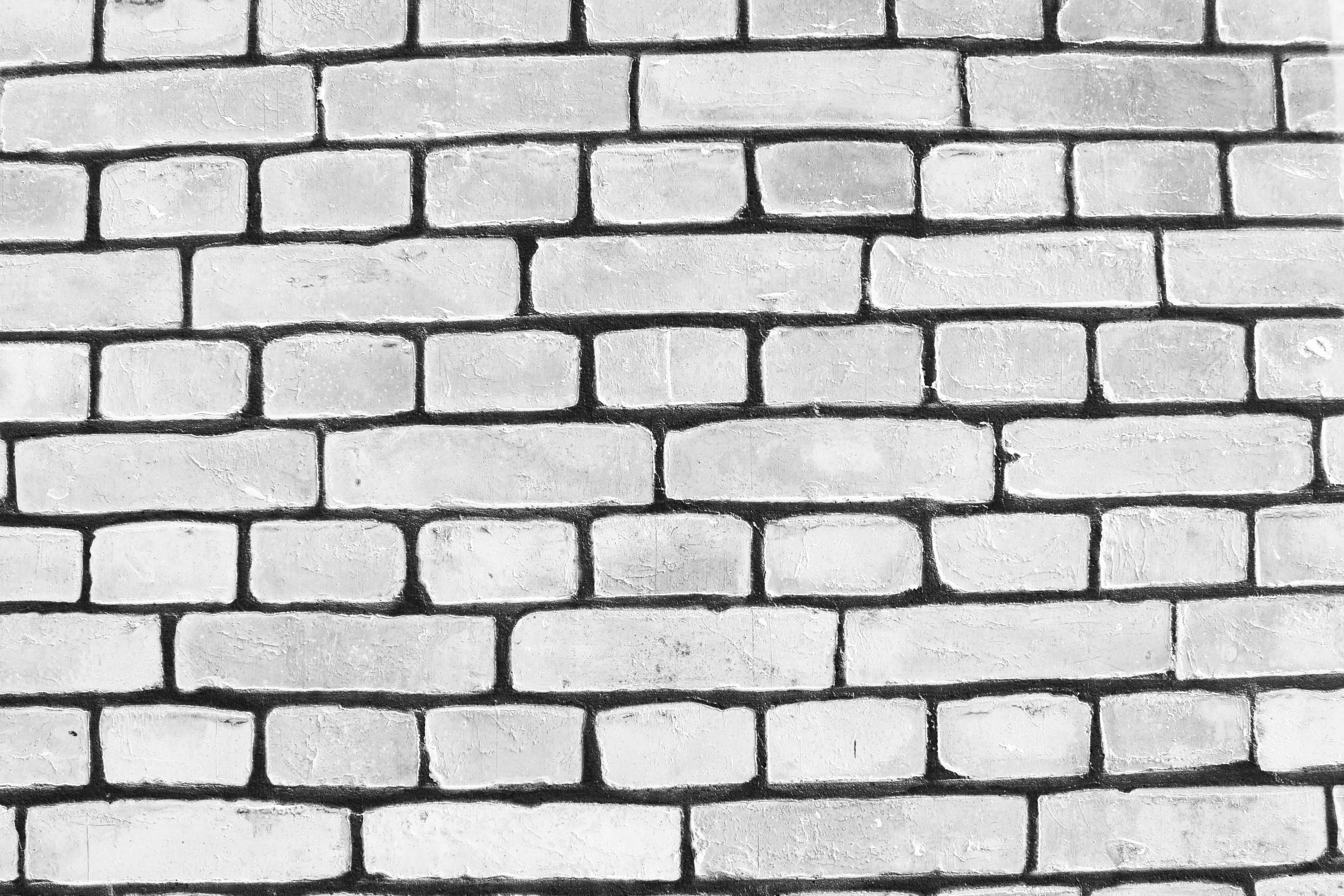 By using nothing more than a default plane (and a pile of modifiers) you can use that bump map to create this: 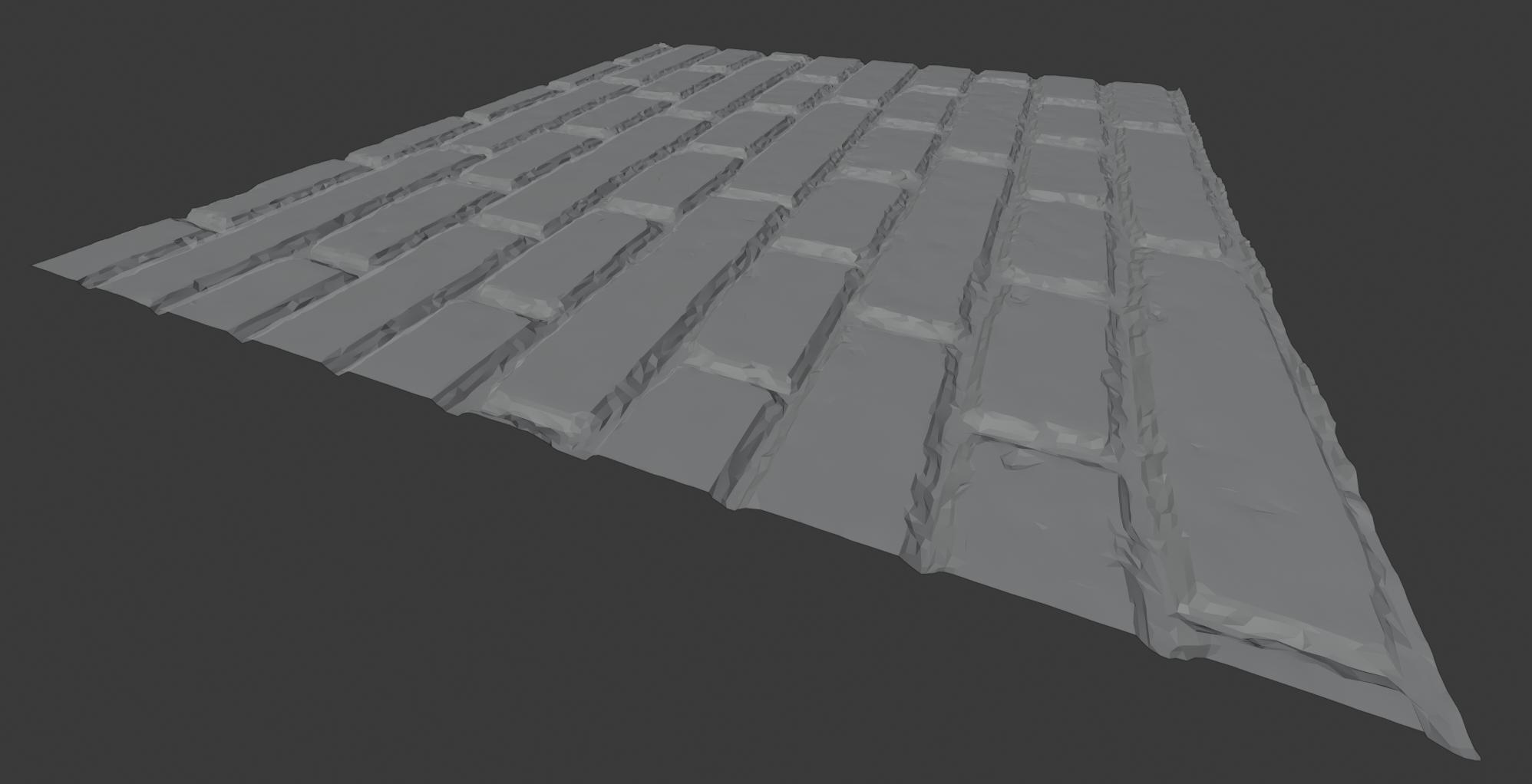 And by doing a bit of shading and lighting, you can get this result: 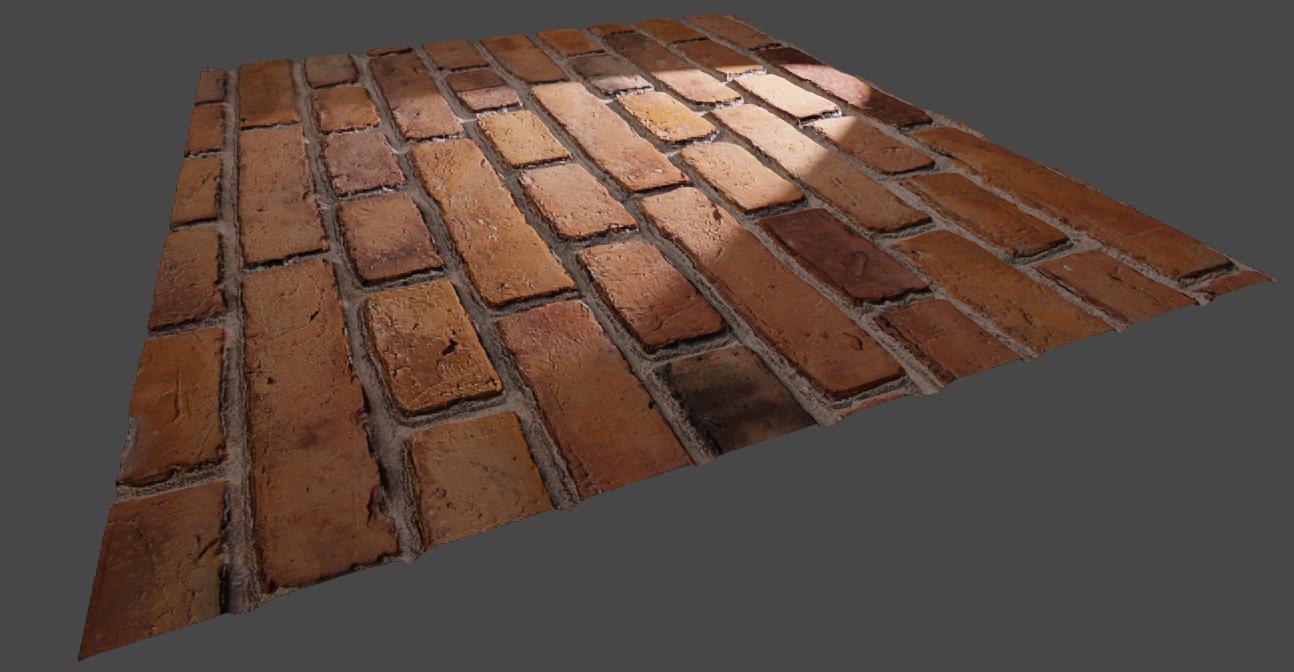 The stack of modifiers is fairly simple, but I would not generally recommend trying to go so detailed with the subdivision surface modifiers like I have here, unless you have a powerful CPU and a lot of ram. (It looks scary, but one at a time they are not so bad.)

The first Subdivision Surface modifier is simply to subdivide the plane, to make some geometry for the Displacement modifier to work with. The Displacement modifier takes the given height map texture and adjusts the height of all the vertices depending on the value of the nearest pixel. The second Subdivision Surface modifier cuts back any sharp edges created by the Displacement modifier. At this point there is a stupid number of vertices and faces in the object (there would be over 500,000 just in this section of wall!) so the Decimate modifier cuts that back to something sensible. (If your scene is going to be a closeup of something stuck to the wall, then being super detailed isn't necessarily bad). The final Smooth modifier evens out vertices along the Z axis which have large height difference to nearby vertices. This not only makes the mortar look smooth but it helps flatten out any uneven surfaces on the bricks. And finally, the material on the bricks themselves.

In this material, the image texture's default mapping is UV, so that does not need to be specified. (The plane's UV map simply has the one face filling the entire map). The color data from the texture passes through a diffuse node and goes straight to the surface output, giving the color. But the color data from the texture also branches off and goes into a Hue/Saturation/Value node (with the value set to .2 - like the displacement modifier, the displacement output of a material takes the value of each pixel fed to it and creates the appearance of displacement on the surface of the material. Without toning down the texture's color data, the displacement would look utterly terrible. Multiplying the value by .2 in this case makes it look sensible. 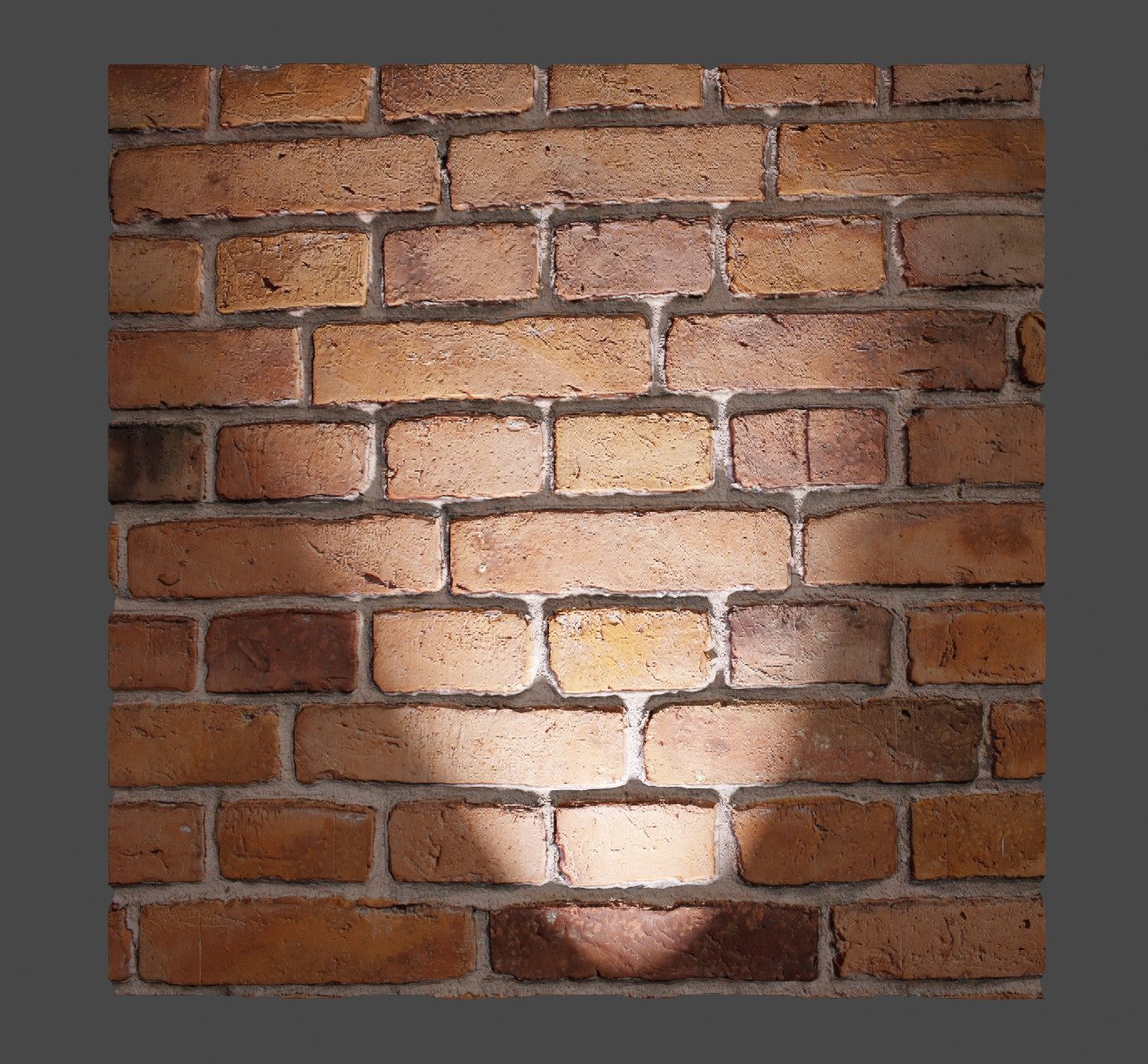 I'd recommend you use a texture for this and not even sculpt it. Micro displacements are a powerful feature.

You can create a displacement map directly from the image using just material nodes inside of blender. Its really a bad image to use as a texture, but I'l use it as an example anyway.

First set up micro displacements (cycles only). With that done the material is rather simple, nodes in the image below.
The important part is the bottom half, all that is what is making the displacement. Starting from the Texture Coordinate node the ImageBlur node, group explained here, blurs the brick texture (displacement maps are often blurred). Then I'm using just the blue channel from the image (it has the best contrast between the bricks and the mortar) the Separate RGB node, crushing the color range using the ColorRamp node, and finally that is fed into the Displacement node for the output.

Here is what the above nodes create. 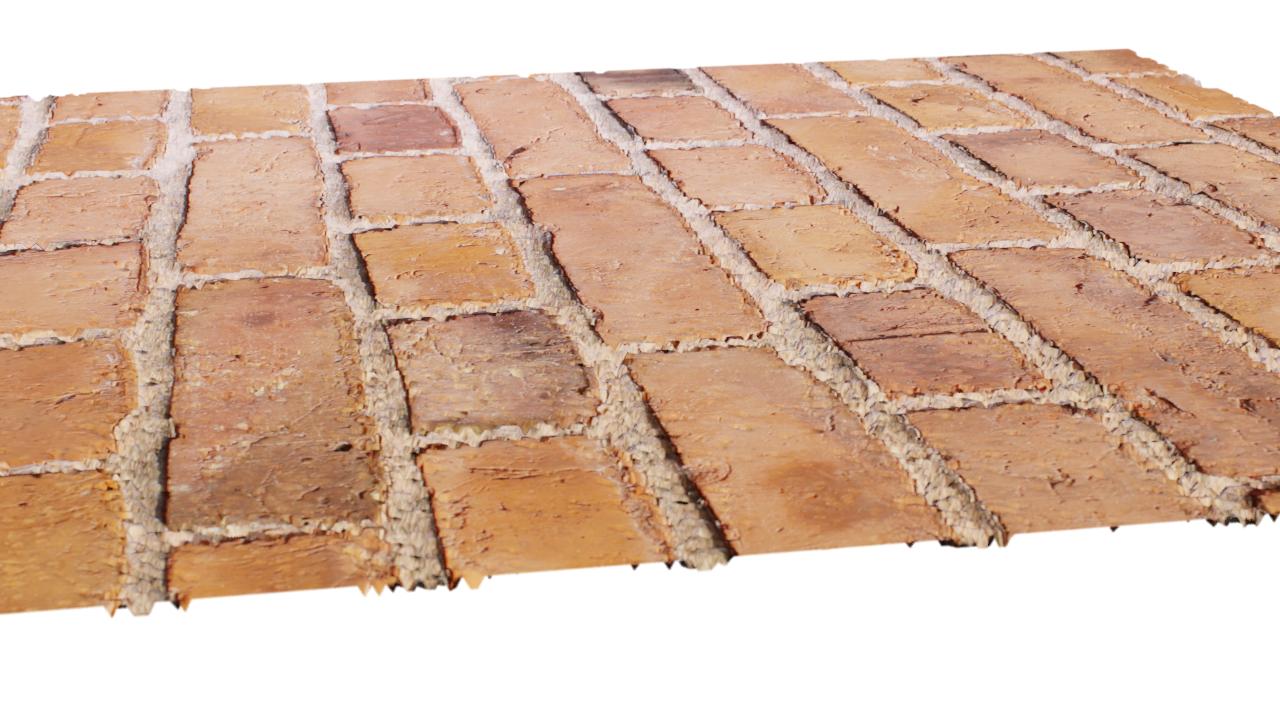 Depending on your use a simple displacement texture like created here in my nodes is all you will need.

Not the answer you're looking for? Browse other questions tagged modeling texturing sculpting or ask your own question.

0
How do i make a brick wall?
46
How to blur a texture node in cycles material?
7
How would I procedurally texture a marble tile floor without the texture spreading across every tile?
8
2.8 Adaptive Subdivision