How to arrange objects in outward facing circle?

I'm trying to mimic the look of soundproofing but on a cylindrical object - this pattern: 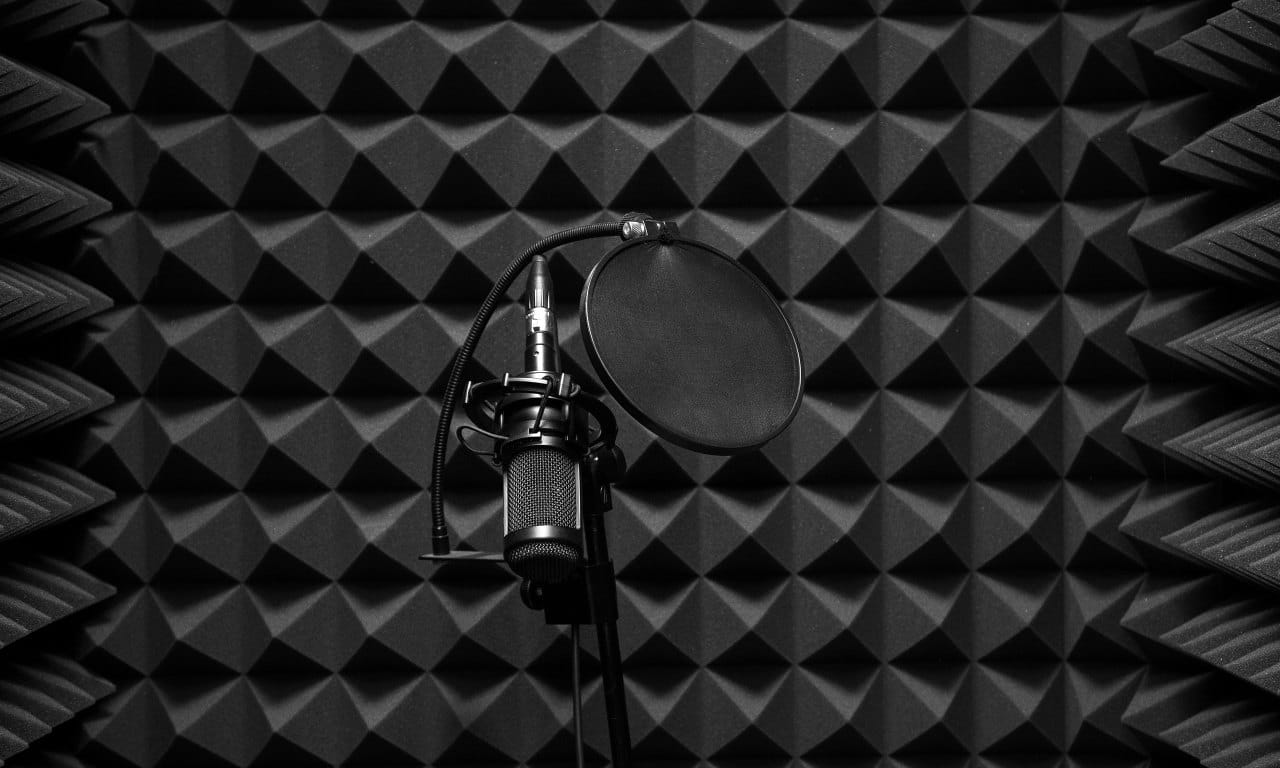 All the pyramids need to face outwards. I followed some tutorials on arranging things in a circle but the direction isn't correct and depending on scale they overlap: 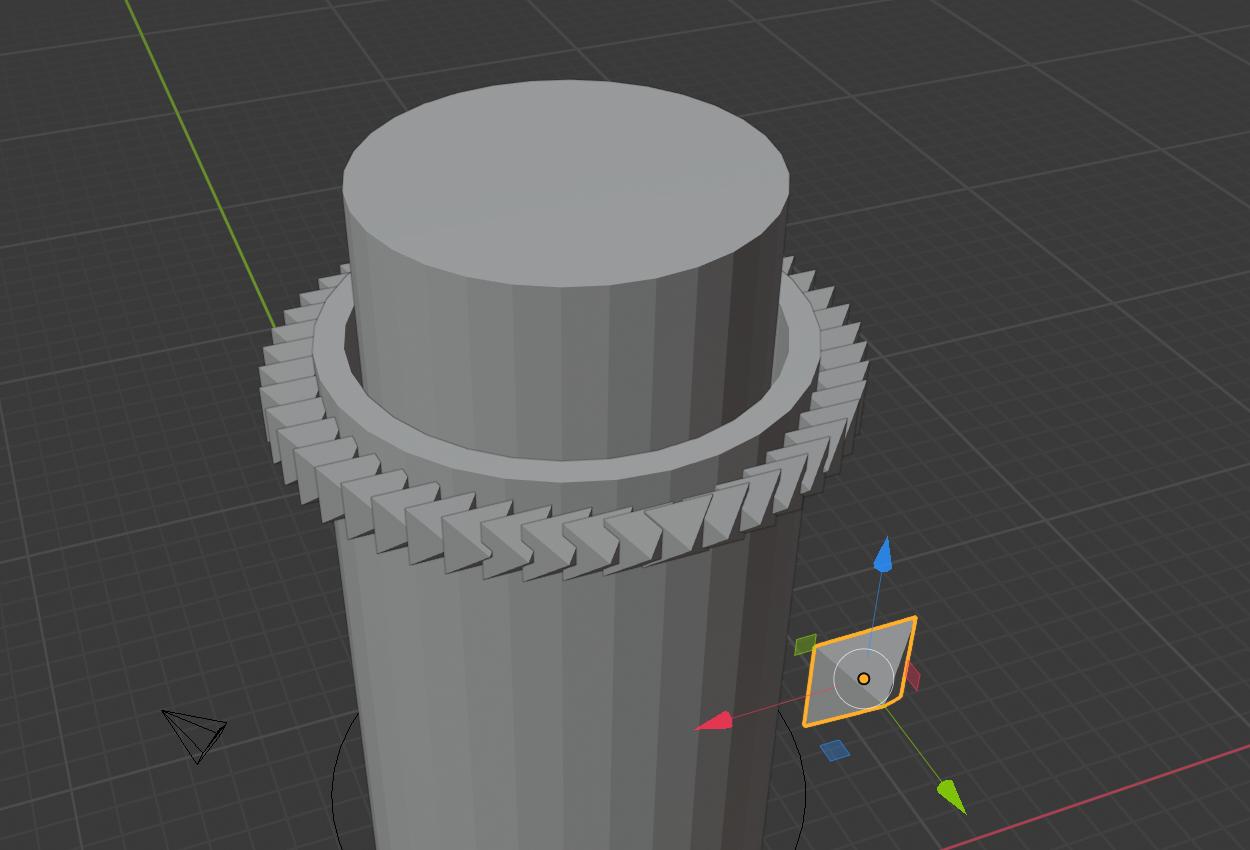 How can I make this pattern?

You can model this shape quite easily with just two modifiers.

First add a Cone, set the Vertices to 4 so that it is a pyramid, and lower the Depth to 1. 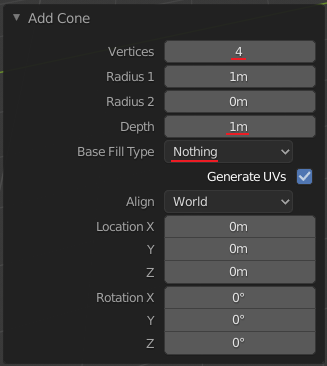 Set the origin at the bottom of the pyramid. Now Rotate the pyramid so that it is pointing towards the negative Y axis. 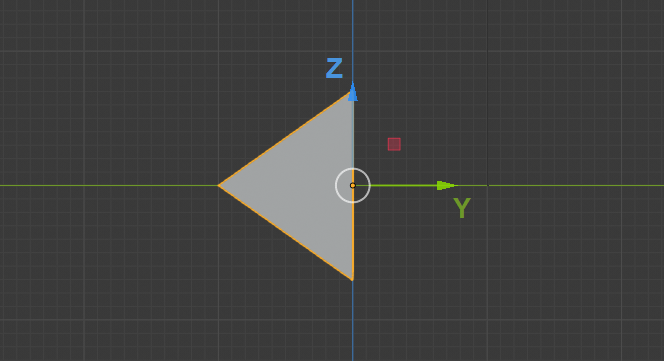 Add an Array Modifier, and a Simple Deform Modifier. For the simple deform modifier set the Type to Bend, the Angle to 360, and the Axis to Z. 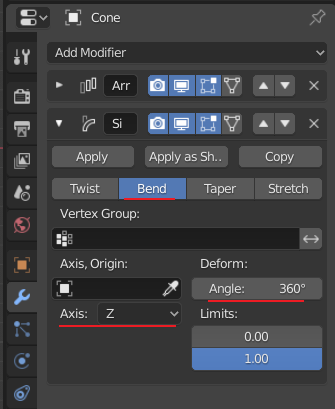 Use the Count in the Array modifier to change the diameter of the cylinder.

Last add another array modifier to the ring of pyramids, to get more then one row. 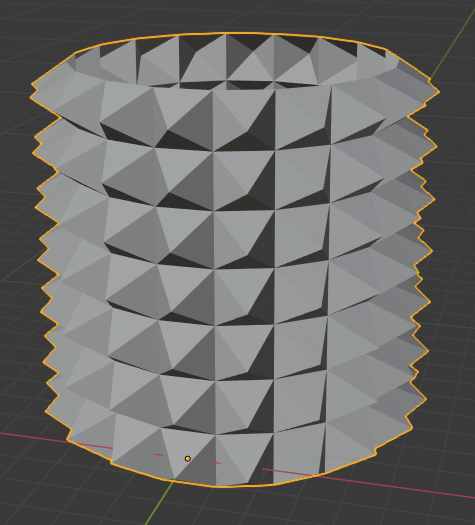 Another method to use would be add a cylinder with depth such that the faces are squares.. could do the math easy to alter later.

Select all the square faces and F3 Poke faces.

Select all the "poke" vertices and scale desired amount. (with median point as pivot)

Can now array the cylinder relative in z.

This has been put forward as an alternative to positioning the single pyramid.

In as much as there are many ways to do this with duplis, particle systems or array modifiers using one pyramid. There will need to be some tweaking to avoid overlap or other issues.

A script would be one way to position them (using any method) to calculate the radius given the number.

8
How do I make a Polygon Pattern in Blender?
0
Mirror object around a circle?
7
How to turn my honeycomb pattern into the sphere?
1
Emitting smoke off a curving mesh
2
Array of 3D circles with same center, and same distance between them, but different radio
9
How to connect a circle to a grid with even topology?
1
Subdivide vs subdivision modifier