I'm following a long tutorial on using Blender with Unity. After having modeled my character and drawn in the seams like the instructor, we move to UV unwrapping and then saving an image on which to paint on. However my problem occurs when i start to paint. When i paint on the character front the colors appear on the characters back. When I rotate around and paint the back it appears on the front. Note the mirrored textures work correctly on side ways. When I re-unwrapped the whole model as one object thereby sepparating mirrored UV islands the problem persists. Figure 1: Initial figure seen from front. 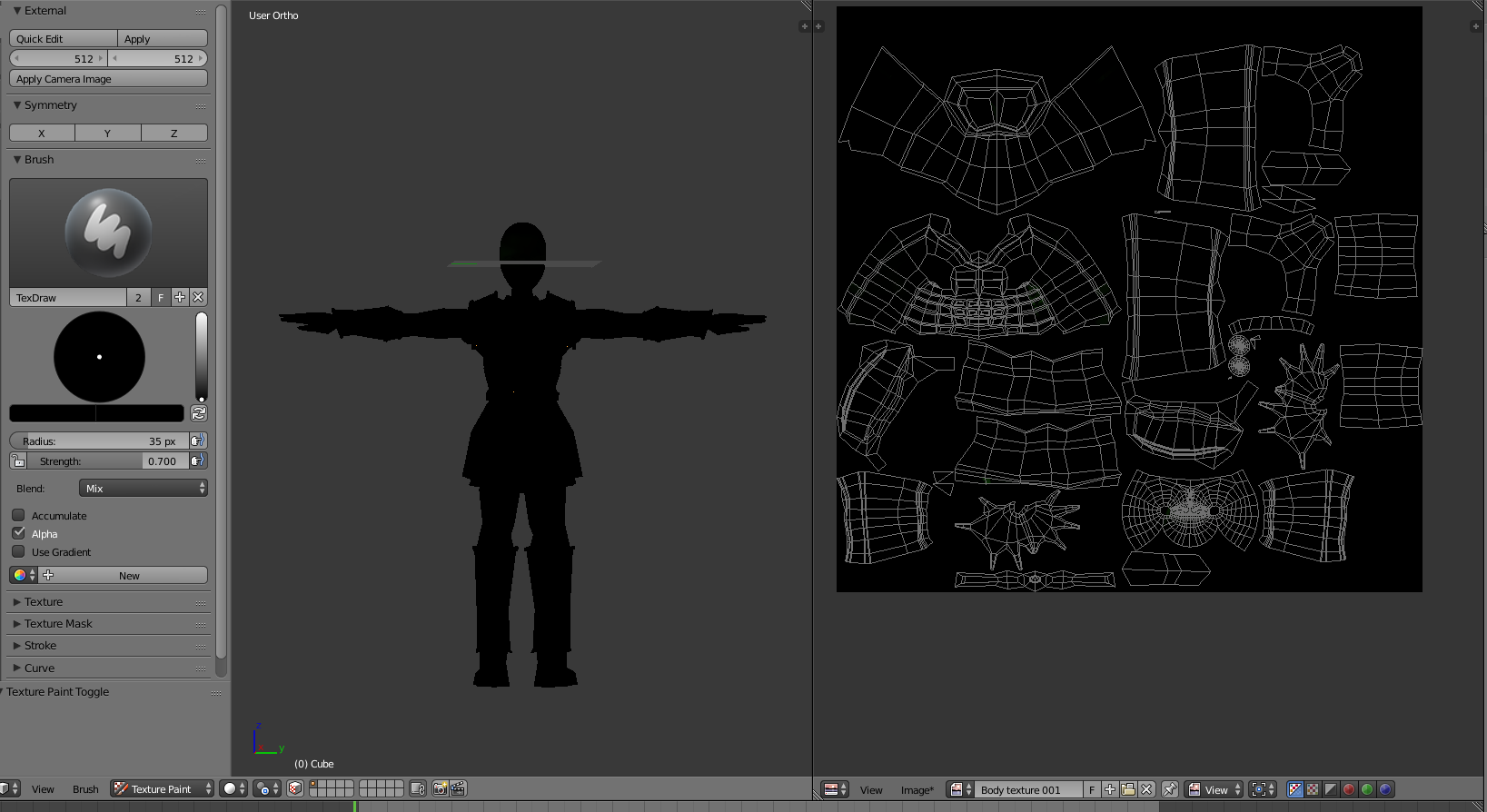 Figure 2: Having painted a green stroke across the figures belly, we see nothing on the model however a spot of the belt is green and as you can see on the texture right parts have been colored.

Figure 3: When i rotate, we see the green does infact show up but on the backside. Placing dots of different color next to one another on the front will similarily show the dots on the back as if they were painted through (blue on right seen from front will be on left seen on back as if shot through model) 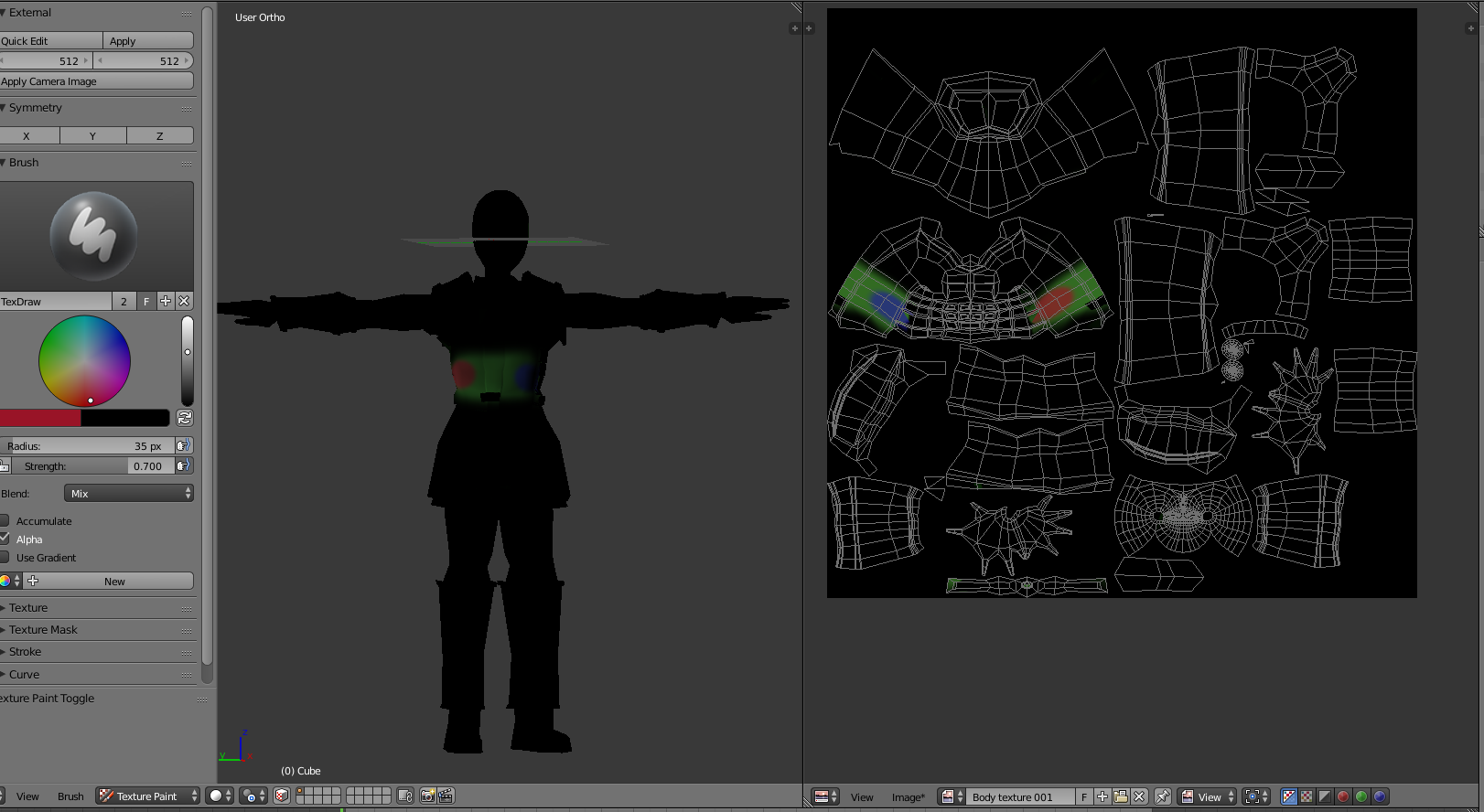 I have tried to flip or rotate the texture ( https://www.versluis.com/2016/11/how-to-flip-or-rotate-a-texture-in-blender/ ) but this didn't help.

I think it may have something to do with when I applied the mirror modifier to objects. I used a different order on unwrapping then mirroring or vice versa for the head which paints correctly in contrast to the body.

Any way i can troubleshoot this or maybe even solve it?

This happens if your normals are flipped so they are pointing inside the figure instead of outside. Select your figure and switch to Edit Mode. Select the whole mesh ("A"), and hit "Shift N" to recalculate normals (or select Mesh -> Normals -> Recalculate Outside from the menu).