My question is very similar to this one, but the answers there don't capture the essence of the problem imo. Assume you have beveled paths in Blender, then every location on the path has a tangent vector that points in the direction of the path.

In the coordinate system of the camera, assuming the z-axis is our viewing direction, we are only interested in the x-y-portion of the tangential vectors. What you want to achieve is that path-parts that go into the same x-y-direction have the same coloring. This also means that a vector that points into the opposite direction another vector, will get the same color.

For people working with visualizations of vector fields, this is nothing new and besides coloring the magnitude of the vectors, one major application. A good test-case is a ring viewed from above because it contains all directions and one can easily check the correct coloring. I came up with the following solution in Blender 2.81 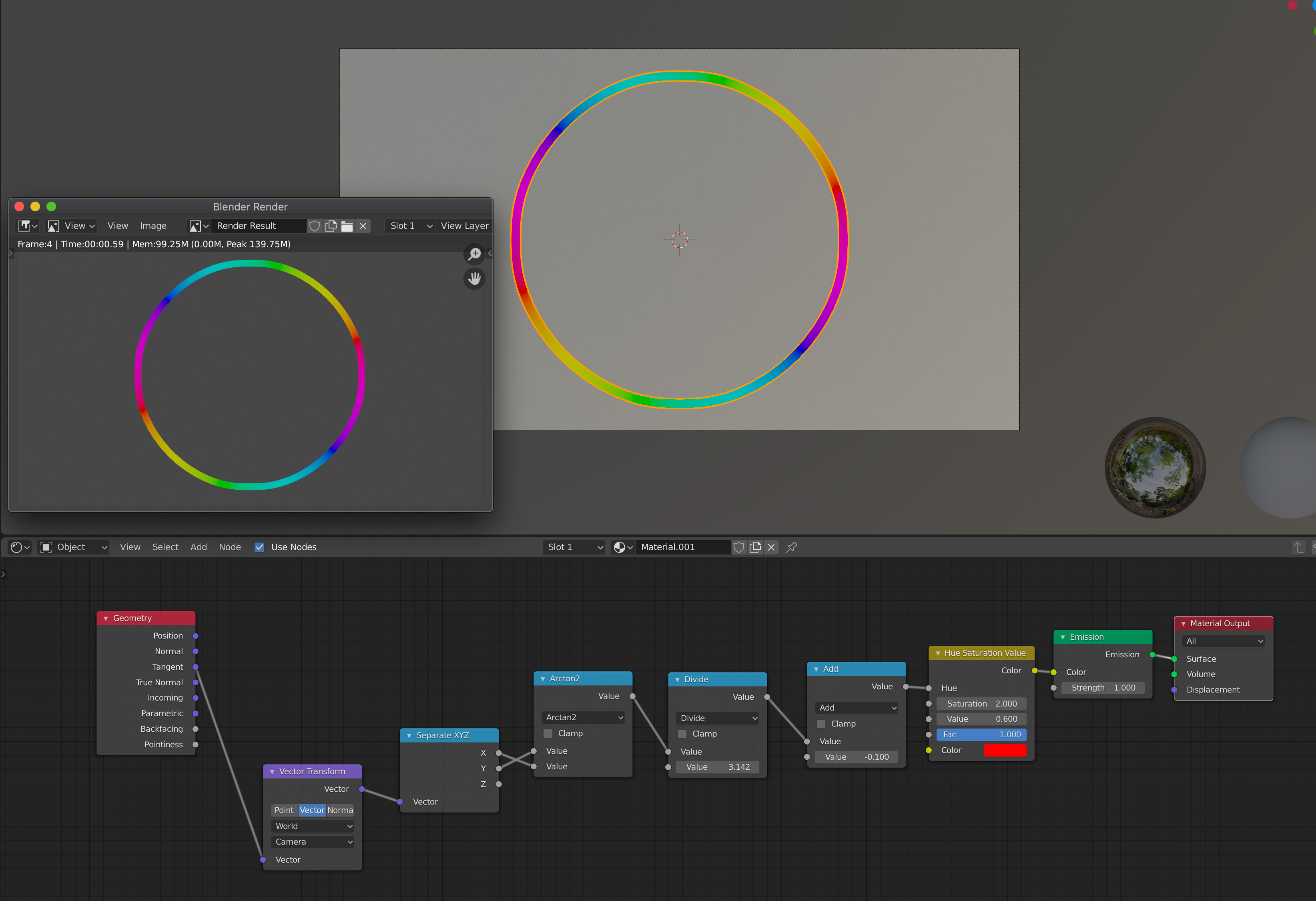 This is a simple nurbs-circle. I used the Geometry node to get the tangent vector and after converting the coordinate system, one can calculate the direction using trigonometry. I have 3 questions, but the first one is the major problem I'm trying to understand:

That's a beautiful node setting. I will try to explain some problem first: 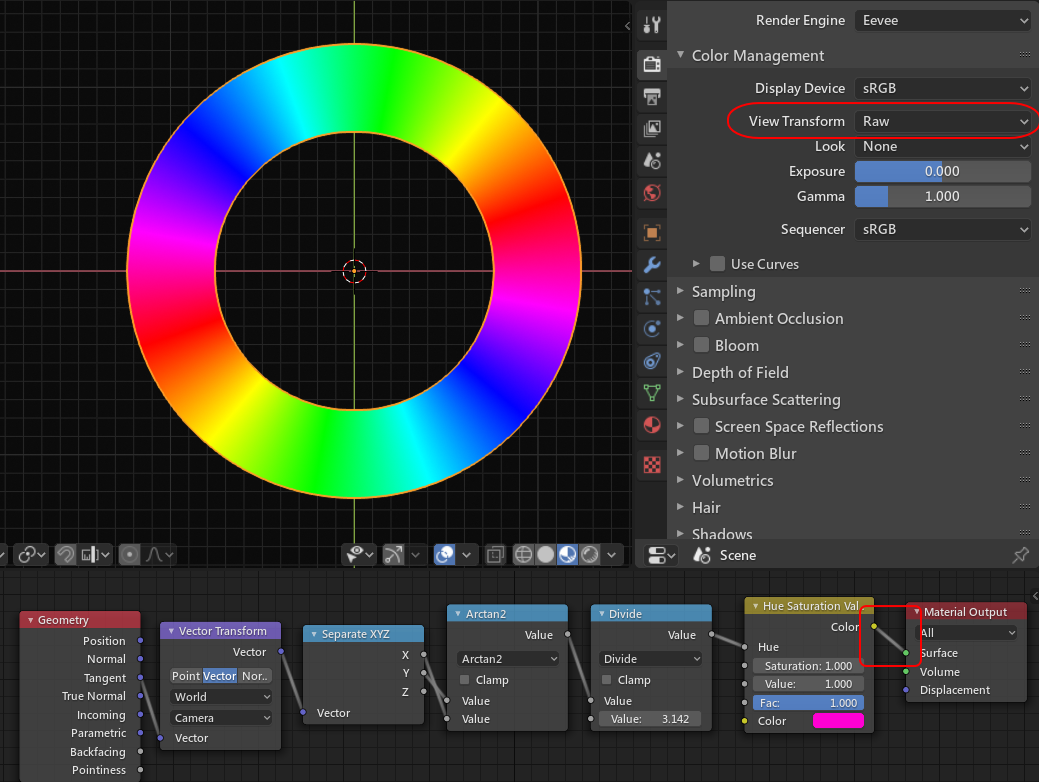 Back to your question:

Not the answer you're looking for? Browse other questions tagged texturing node-editor color or ask your own question.

1
Blender 2.8 Less Saturated Colors in Material
1
Can I color a curve in BI by the direction it's running?

7
How to color individual polygons in a low poly model?
0
How to give each hair particle system in one object its own color
1
How to consistently texture one object with two materials and two colors?
3
Is it possible to distribute points based on height?
2
Edge coloring hierarchy
4
Change object color depending on camera rotation
3
How to make an RGB Slider to affect the colour of one Object