In this simulation[Gravity=OFF],the force field is set to the lowest effecting Strength(= 0.1) to cause any resonable particle displacement,but all particles are getting affected. 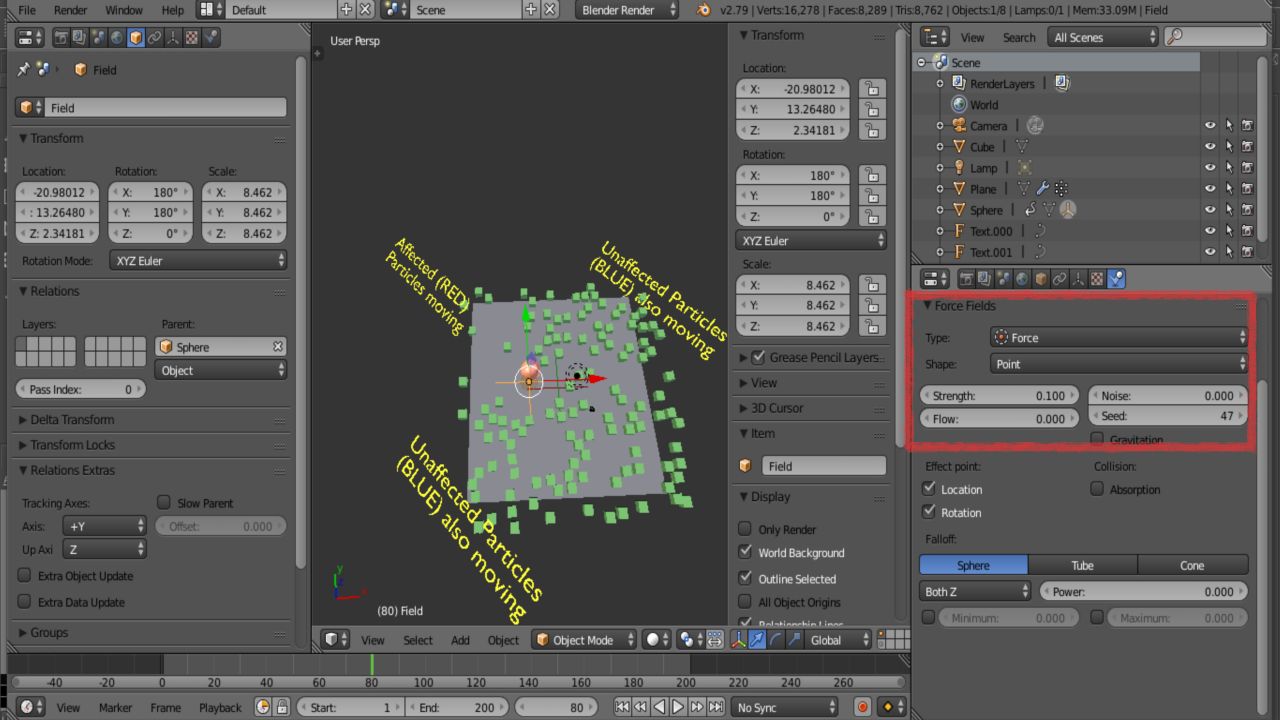 Use the Falloff on your effector, enter a power value (here 4.3) and limit it's maximum distance to whatever suit your scene.

Also add a drag force, and set it up like in the screenshot, to avoid the cubes flying away after they were pushed (the drag isn't shown in my gif just to be clear) 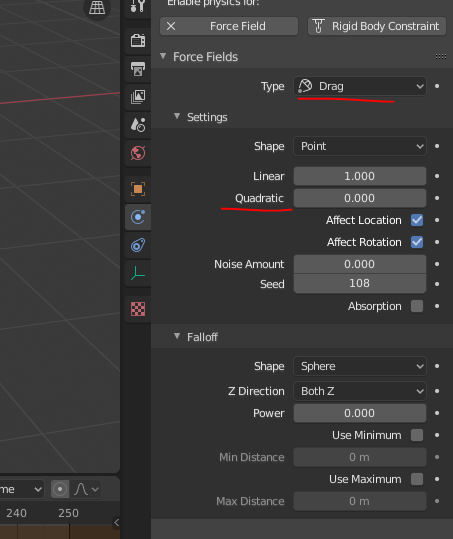 Although the solution by @Arthur Blaquart can be accepted as an Answer,there is still some undesired spilling of the particles beyond the resting plane's particle perimeter .No matter how much the Drag/Falloff is varied, the Force Field spills the particles beyond the plane (for lower values) or completely stalls their movement(for higher values).

As I had already achieved the desired result,thought I would share the additional steps required to camouflage this spillover.

1.Separate region into areas which are affected and which remain unaffected by the particle system -Affected and Unaffected.This can be done in Edit mode by selecting the necessary Faces and using Split(Y) & Separate By Loose parts(P) commands. 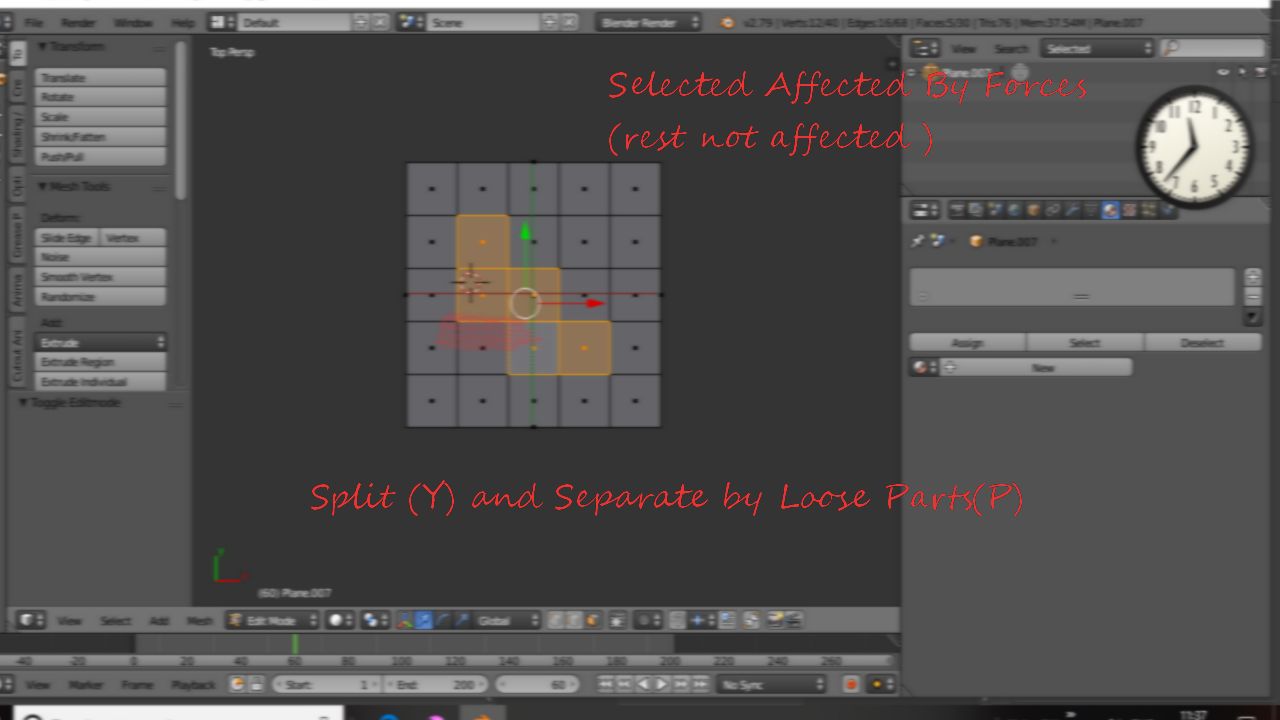 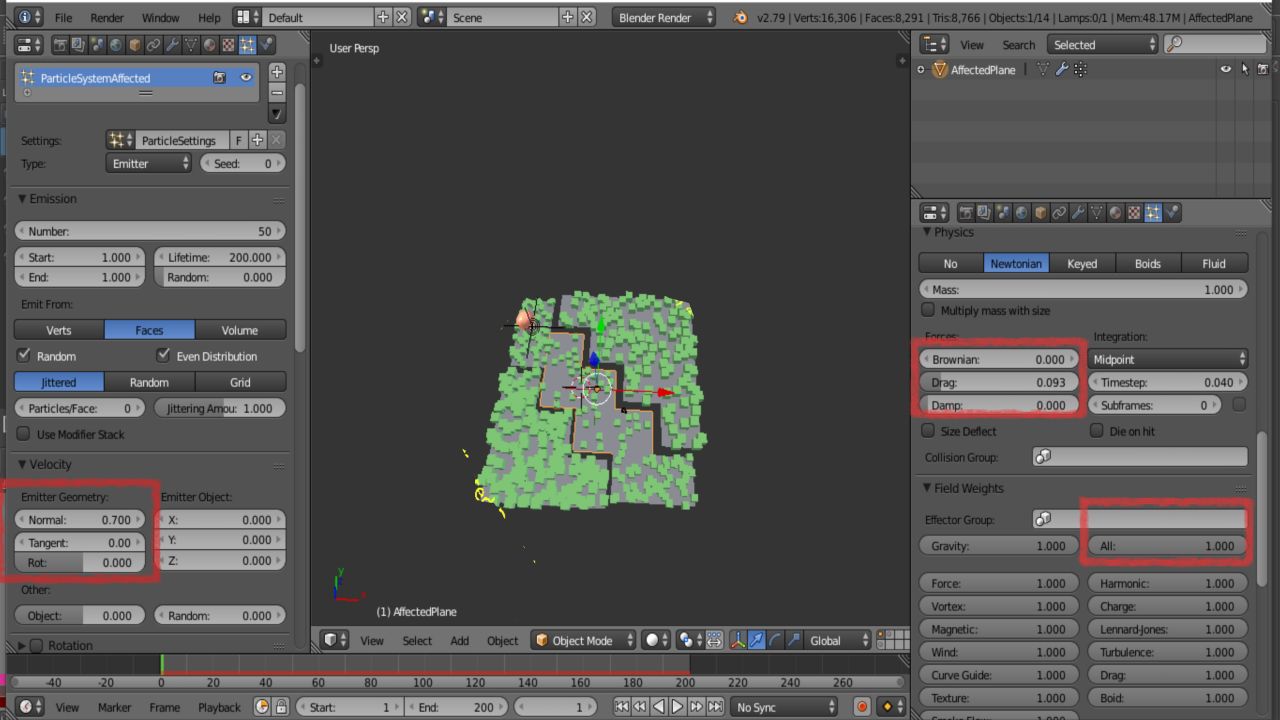 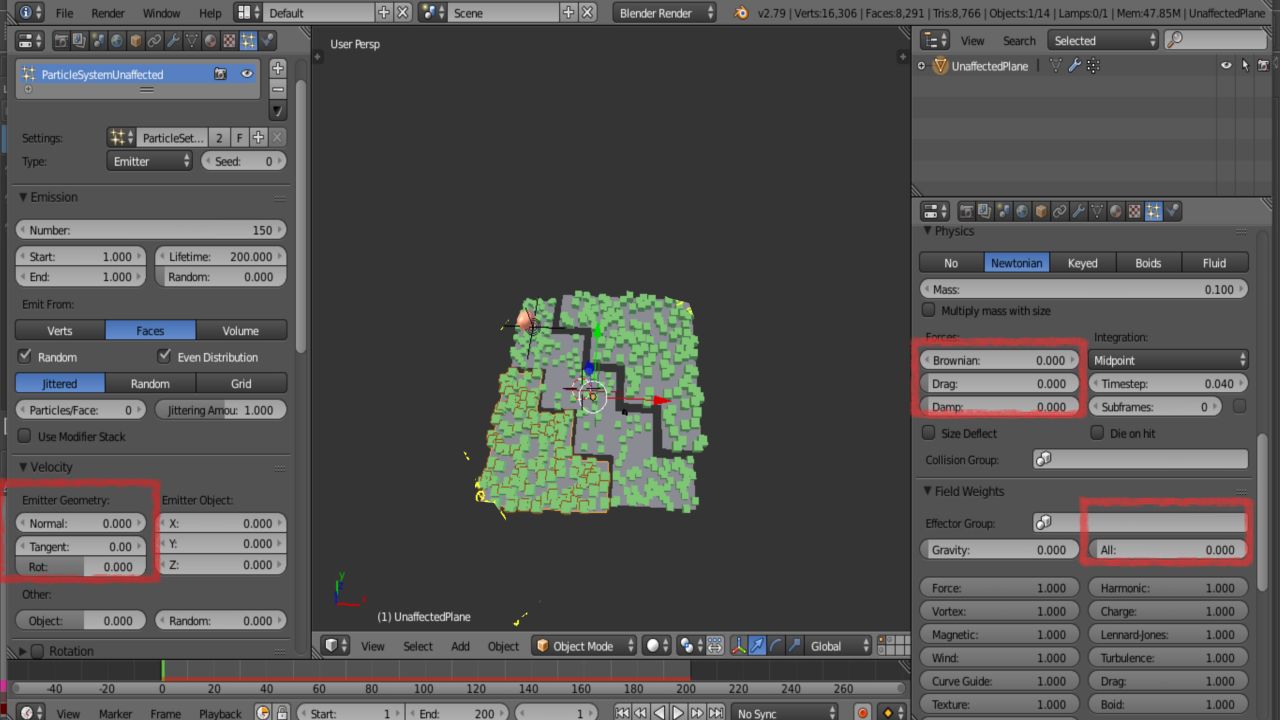 3.Now when the Effector "Sphere" affects the particle "Cubes" , the additional spillover gets camouflaged ,as they hide within the particles created in the Unaffected plane.Inorder to morph the ground plane's split,add an additional plane underneath it (with same material).

4
Affect explode modifier with force field
5
How to make a force field concentrate only on a specified area?
6
How can a force be applied not to the center of a rigid body object, but to one specific vertex of the object?
11
Horizontal particle gravity
3
How do I keep particles still?
2
How to get wind to affect hair particles with group or object render
0
How do I limit particles to move only on certain axis?
0
Converting particle simulation into meshes for Keyshot