Blender beginner here. I imported an image of a floor plan into Blender, aligned it with the grid, scaled it so one unit = 1 foot (it's from the 60s so Imperial). But I'm having issues making the walls:

First I tried putting a loop cut in my first wall and extruding it, but I don't know how to make a cut that's exactly the same width as the existing wall.

So then I tried copying and pasting the first wall instead, rotating it 90 degrees, and snapping it to the first wall. But it doesn't want to snap even though I turned on snap.

Is there a better way to go about this process? 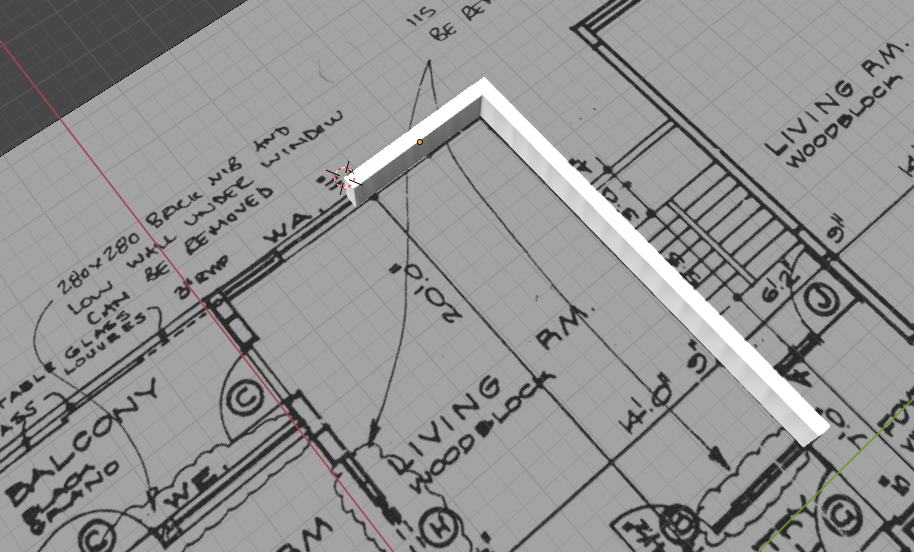 For recent builds (2.82) with the complex mode

I found the answer here: https://www.youtube.com/watch?v=umhs1dTPP6o

6
What's the easiest way to rotate around an edge that is not parallel to a primary axis?
5
What's the best way to topologize this?
4
A Simple way to make a wreath
0
How to make walls with the same thickness?
0
How to extrude to meet an angled face?
0
How to make Holes in Walls, connect Joints and make it symmetric / equal sides?
0
Easiest way to make snow covered leaves?
4
What is the easiest way to curve a cuboid?
1
Can I use absolute snap to grid in edit mode where the grid is rotated to match the rotation of an object's origin? My workflow depends on it