I made an earth object and gave it a material including the usage of the new input of the "Light path" node "Transparent depth" which makes the back faces invisible. However, when an object has transparency on it, the input ignores the object with the "Transparent depth" input behind it and makes it invisible.

One thing you can do is make the material invisible only after it goes through two layers of transparency, rather than just one, by adding a greater than node: 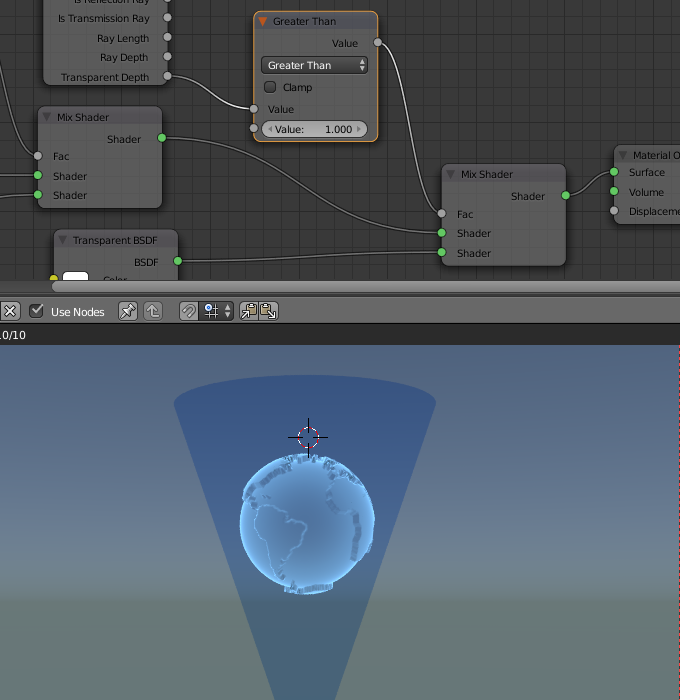 The transparent depth output is incremented each time the ray goes through a transparent surface.

By using a greater than node like in the setup above, the logic should look more like this: