Having a rather frustrating and nearly impossible to search for issue with transparency in Cycles, specifically a dark outline around the texture as you can see in the included images. I seem to have narrowed it down to an issue with the mix node, because alpha on the image itself (1500x1000 aliased pixel art PNG) is 100% perfect and works fine in Eevee, and if I bypass that mix node it also works in Cycles... but that means the effects—including brighter glow and scanlines—aren't doable anymore.

At least I'm reasonably sure it's the mix node, because I've tried a bunch of things including messing with the material's blend mode in Eevee (whatever good that does in Cycles), adjusting fac and strength on the node setup in any number of combinations, adjusting transparency light paths, scene and world properties, etc. 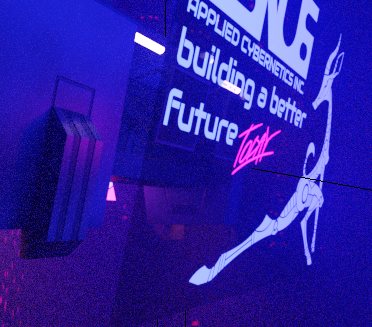 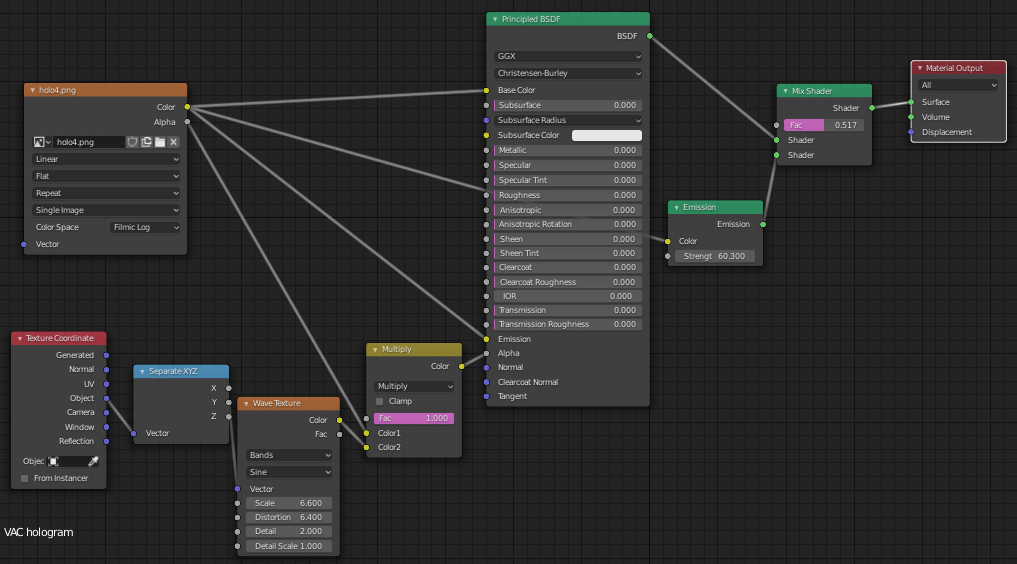 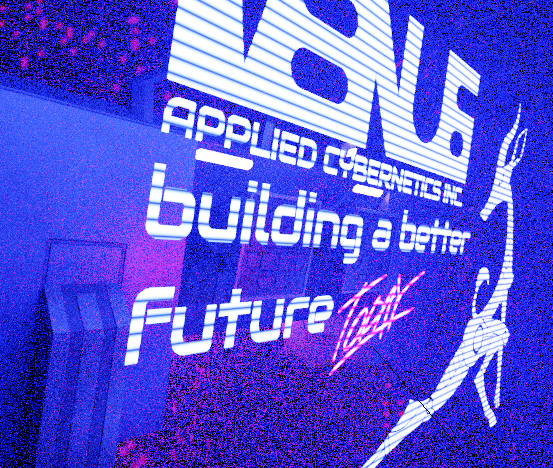 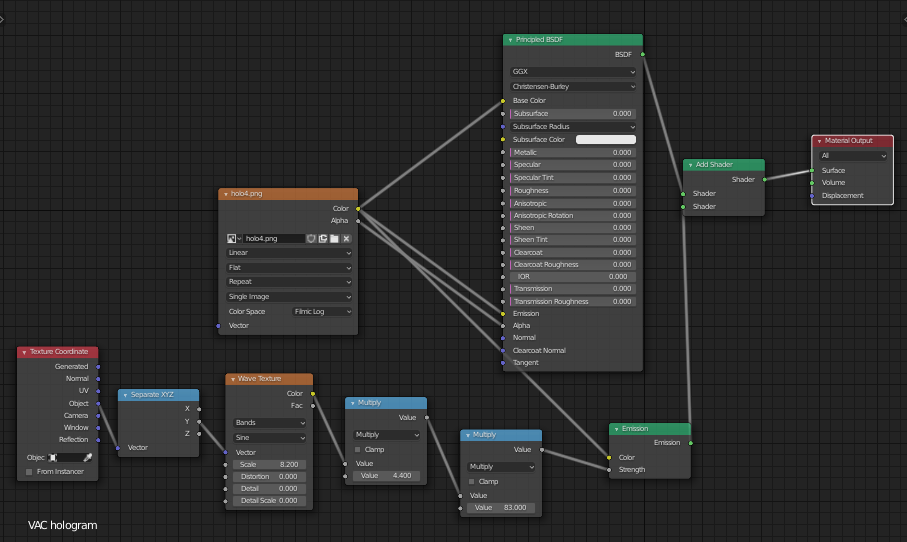 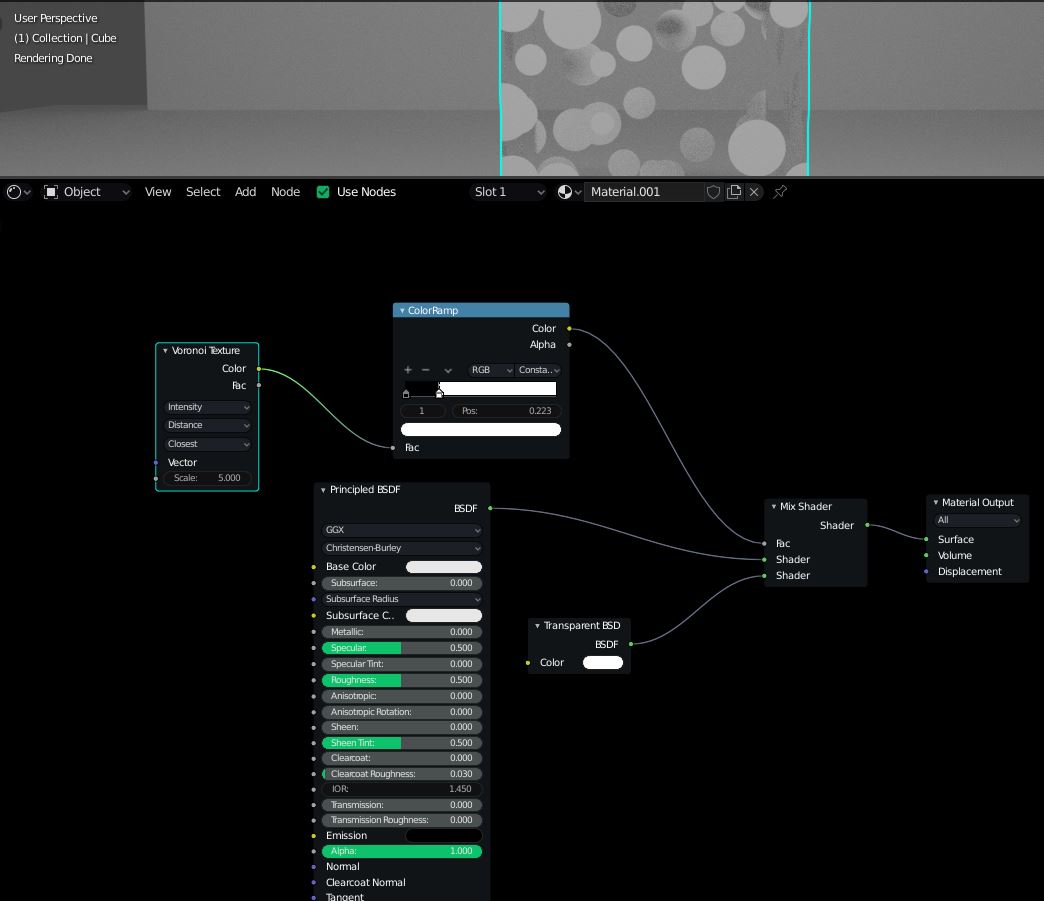 Okay there you have the image going straight in to base color an image doesn't have transparency. You need to put it though a RGB to BW>ColorRamp> Fac in mix shader

As HoboFSlapfight had pointed out you could make these changes "But swapping out the Mix for an Add, and switching the mixRGB for a pair of Math nodes set to multiply (as pointed out by a friend earlier) also seems to have corrected the issue."

Transparent needs to be it's own shader.