Export to DXF, convert each object to separate layer

I have imported an OBJ file into blender,

After modyfing the objects in blender i want to export the file as DXF and have each object under the collection be a layer.

Currently, when exporting to DXF there is only one layer for the whole model where every object is included, not separate layers for each object.

This is the collection hierarchy in blender:

This is the resulting layer shown in edrawings:

I want to export the DXF from blender so that each object (bracker_part_metal, bracket_part_plastic, upholstery1, upholstery2) shows up as a seperate layer in edrawings. Something like this: 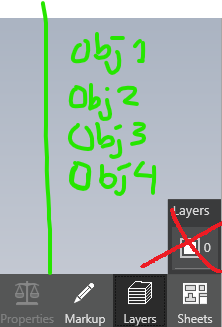 These are the export options for DXF in Blender: 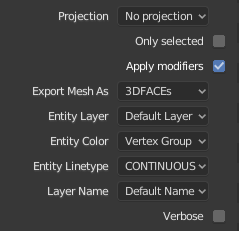 I have tried many combinations but i still only get one layer when exporting.

Browse other questions tagged objects export layers collections or ask your own question.

0
Is there a way to export each render layer seperate but as animation?
2
Specific selected object won't export to STL while others will
1
Export in object format via script. The default cube appears in the scene!
0
How to export to dxf file without the geometry having a triangular mesh?