Modeling a curve edge of a plane

I'm new to blender and trying to model the blade of my helicopter and can't figure out how to make an edge curved (for the red tip and selected edge). The object is a plane, with one loop cut. I attempted making a bevel Ctrl B, but nothing happens (A dotted line appears attached to the cursor, moving does nothing, left-clicking does nothing). also I cant add a curve modifier, just says its disabled. What is the correct way to model this? 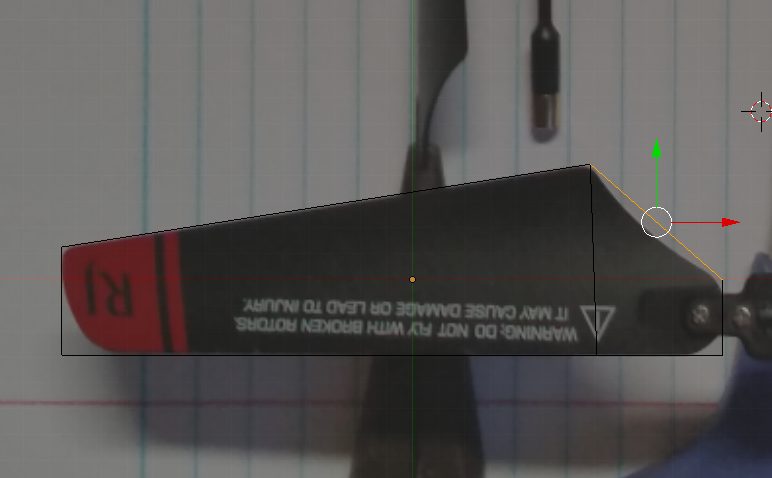 The curve modifier is not aimed for this. And Bevel tool doesn't work like this, either. The best way to control planar curvature is by using curves, which may not well benefit topology, however.

I recommend to use Subsurf modifier + edge creases. Add some loop cuts first, then with a few tweaks on the vertex position (G) and adjust crease weight (ShiftE) on some edges, you can make whatever you want with nice topology. I'm sure you also want to bend it later, so topology is important to consider in advance. 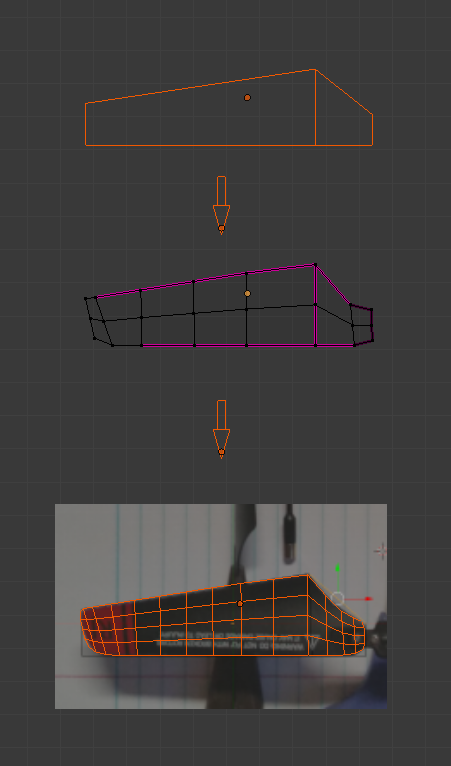 You can try creating your object as a curve.

Make it a 2d curve, fill it and give it some bevel.

You might choose at this point to convert your curve into a mesh using AltC or keep working with your object as a curve...