So I'm trying to make a mineral texture for November, and I want to use vector displacement. But I can't get it to go just along the Z-axis, nor will the texture Be shown. In the setting of the material I have displacement and bump on, and I'm using cycles. I have subdivided the plane too. What am I not doing? 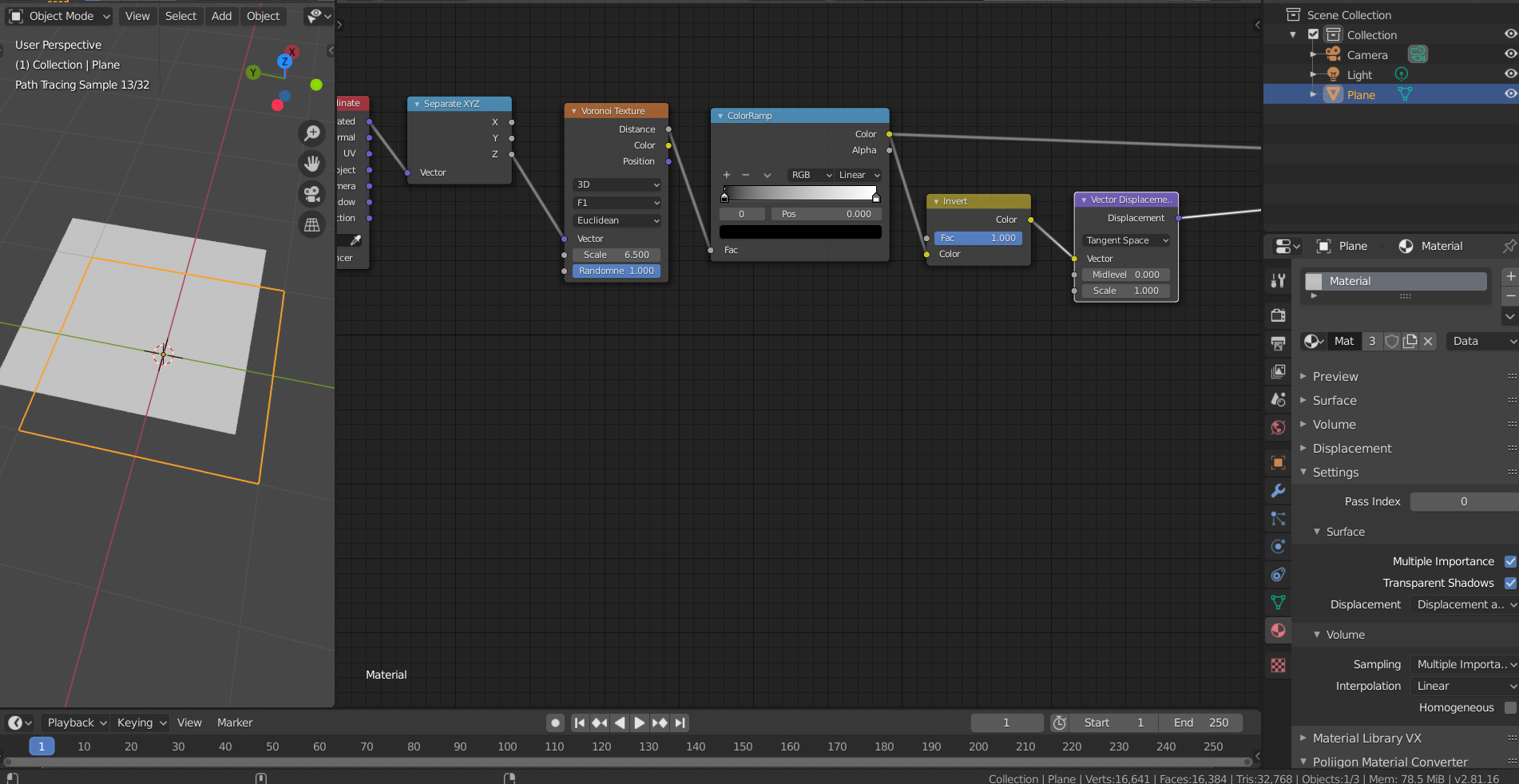 With the 'Separate XYZ' node, you're extracting the Z value of the Generated texture-space of the plane. That is 0 for all the plane's shading points, since the plane has no Z dimension.

When plugged into the Vector input of the Voronoi node, that is implicitly cast to the vector (0,0,0).

The Voronoi function is therefore being evaluated at (0,0,0) for all shading points in the plane, and returning the same value at all points.

Knock out the 'Separate XYZ' node, and you should start to see some results which depend on the shading point's (XY) location in the plane's Generated texture space.

If you haven't already, I would recommend installing the shipped 'Node Wrangler' add-on. One of the things you can do with it is quickly preview the output of any node on the way down the tree by sctrl-hift-clicking on it. With your current set-up, for example, you would be able to ctrl-shift-click on the Voronoi node, and see that its output is a blank, uniform color, or even put a little reroute in the Z output of the Separate XYZ node by shift-right-dragging across the noodle, and ctrl-shift-click on the reroute, to see that the Z is 0 everywhere.

Not the answer you're looking for? Browse other questions tagged node-editor displacement procedural or ask your own question.