There are no tutorials anywhere on how to build Wall Borders, I have a picture here that I posted, I hope someone can help and guide me through the process on how to make this on Blender 2.8. 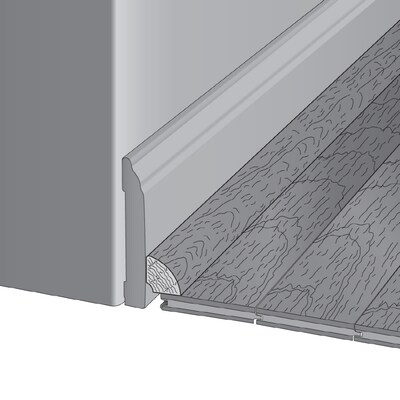 A typical way would be simply to duplicate the bottom edge of the wall, and convert it to a curve, down which you can sweep a profile of the molding. 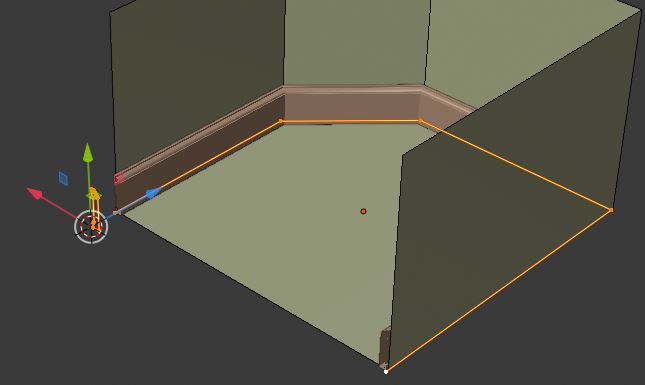 Note the orientation of the profile curve with respect to its object axes, and the position of its origin at its bottom left corner (shown with the 3D Cursor). All this can be adjusted in Edit Mode.

You might want to convert the 'Path' curve back to a mesh when you're done, to make Auto Smooth available for it. That way, you can keep the poly count down.

Robin BettsRobin Betts
32.6k22 gold badges2929 silver badges8181 bronze badges
$\endgroup$
1
Add a comment  |
0
$\begingroup$
Want to improve this post? Provide detailed answers to this question, including citations and an explanation of why your answer is correct. Answers without enough detail may be edited or deleted.

Start by drawing the profile of the moulding. The profile is what it looks like from the cut end. Fill the profile with one of more faces, then extrude that face in the direction you want. UV map it and you are off to the races.

Not the answer you're looking for? Browse other questions tagged modeling mesh objects workflow or ask your own question.

0
How do I add Floor mouldings with Archipack Pro in Blender 2.8?

16
How to fill a hole in face?
2
How do i manipulate a cylinder i have inserted
0
How can i create borders to an entire circuit/track?
0
Why are there borders around faces when I extrude?
1
What's an easy way to round out this castle wall?