How do I recreate this shape?

I've been at this shape for a while now and still can't seem to reproduce it. :( A helping hand anyone?

A fellow Blenderer gave me these instructions but it doesn't seem to be working. Maybe I'm doing something wrong. :s

"Here's a rough guide for the general shape. You will have to play around with the faces to get it to look just right... Add Mesh: Math Function - Regular solid. (Add-On : Add Mesh Extra Objects) Dodecahedron: Vertex Truncation 1.0 • No Snub • Dual OFF
Remove extra edges inside pentagram faces: select one edge, then Select Similar: Length - RMB: Dissolve edges

Select a triangle, then Select Similar: Area Inset slightly to firm up the outside edge, Inset again and scale in by Median Point You'll have to play around with the triangles to get the shape right.

Apply a subdivision modifier set to 2." 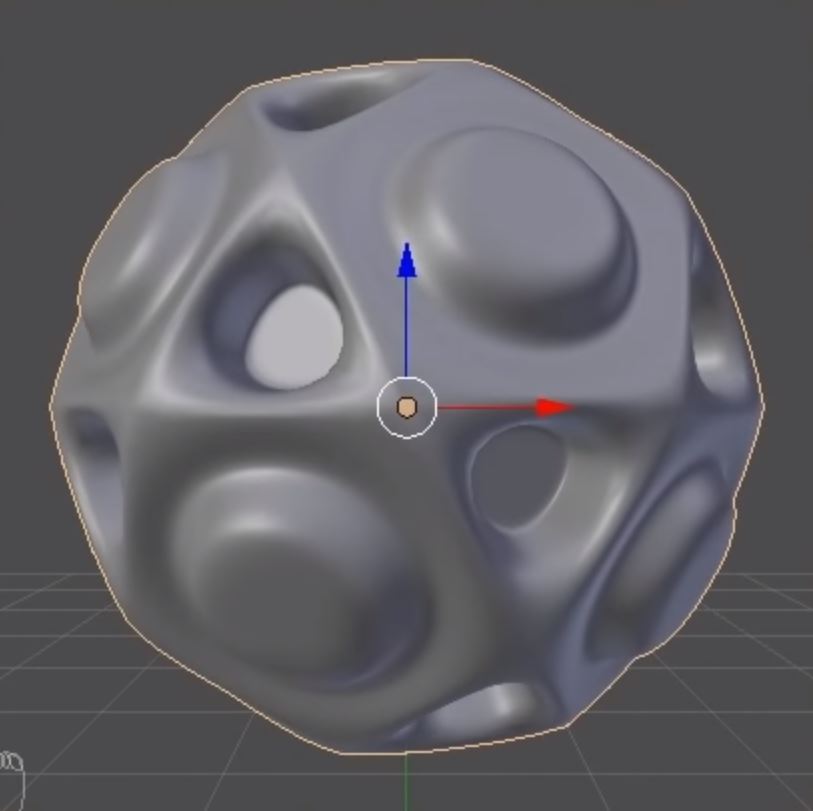 EDIT: This is how far I've managed to come with the instructions given. Smoothing 2.5 with a Repeat of 1, as suggested doesn't create a circular face. 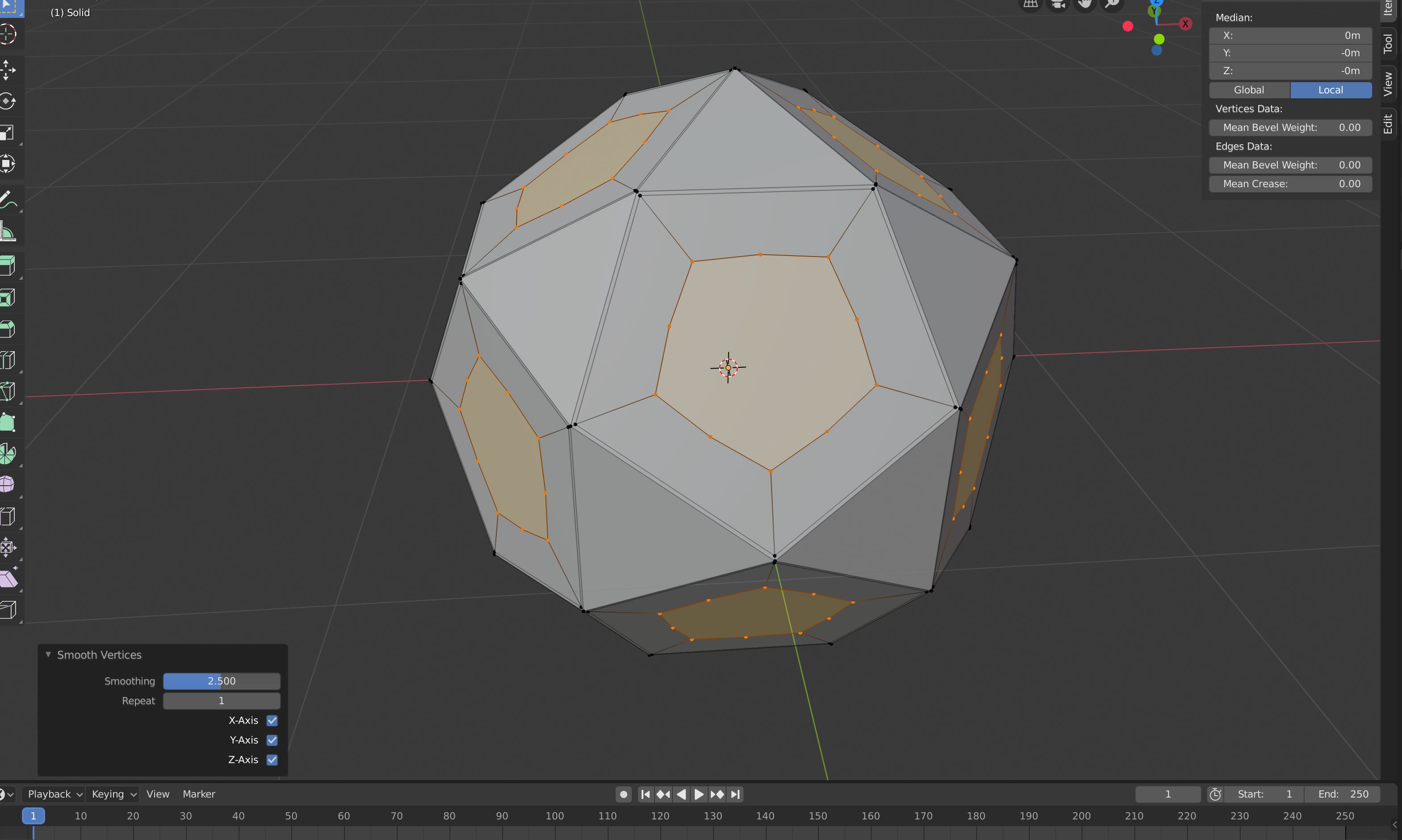 Edit: The 'mesh mode view' is actually viewport wireframe view and does not display all the edges and vertices you should be able to see in Edit mode. I would suggest opening the attached blend file to take a closer look.

I've made this visual guide which I hope helps more than the explanation you provided in your post. The mesh is displayed in three states; edit mode, with the subdivision modifier visible and without.

(Since I'm not using the Math meshing addon, I'm using an ico sphere with an extra step to generate the required shape).

I've also attached the blend file, so you can see how it's set up precisely.

As a general guideline, you'll likely want to use insets only. Smoothing in edit mode isn't required since the Subdivision Surface modifier will display all edges as smoothed, unless you either crease them or add edge loops close by. Both options will sharpen your edges.

Using insets also means that your mesh topology likely will be (almost) quads only. This makes it easier to later edit mesh features, like changing the scale of edge loops or moving things around. You can make complex shapes with subdivision surface modifiers, while still having a relatively simple mesh.

As for scaling the inset faces, you're generally going to use Median Point and Individual Origins. Controlling their depth can be done using median point and scaling; the size of the faces themself perpendicular to their normals uses scaling along individual origin. 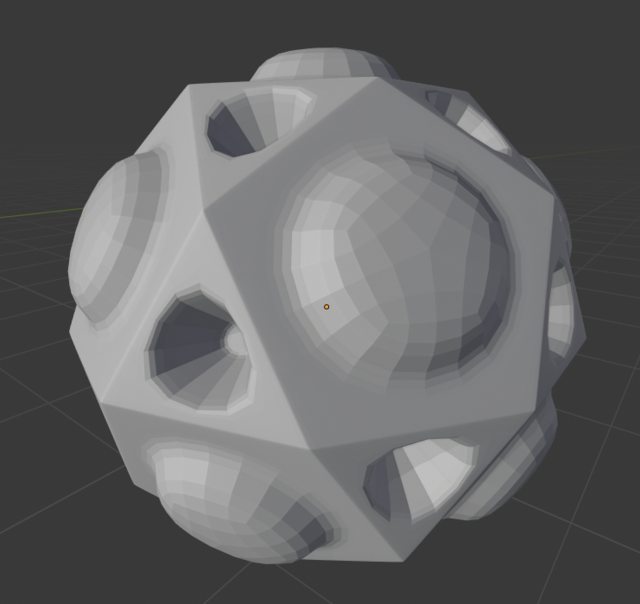 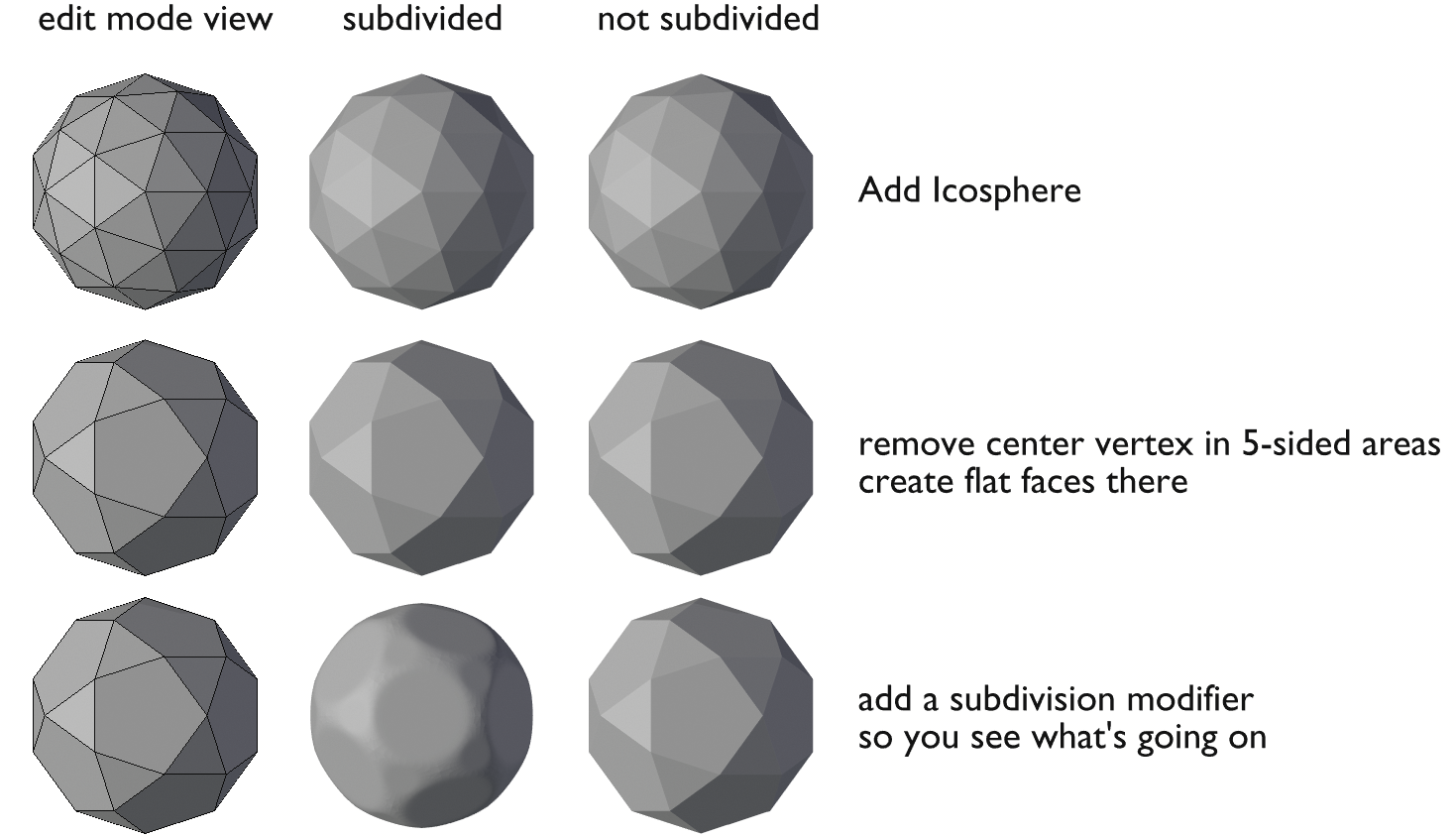 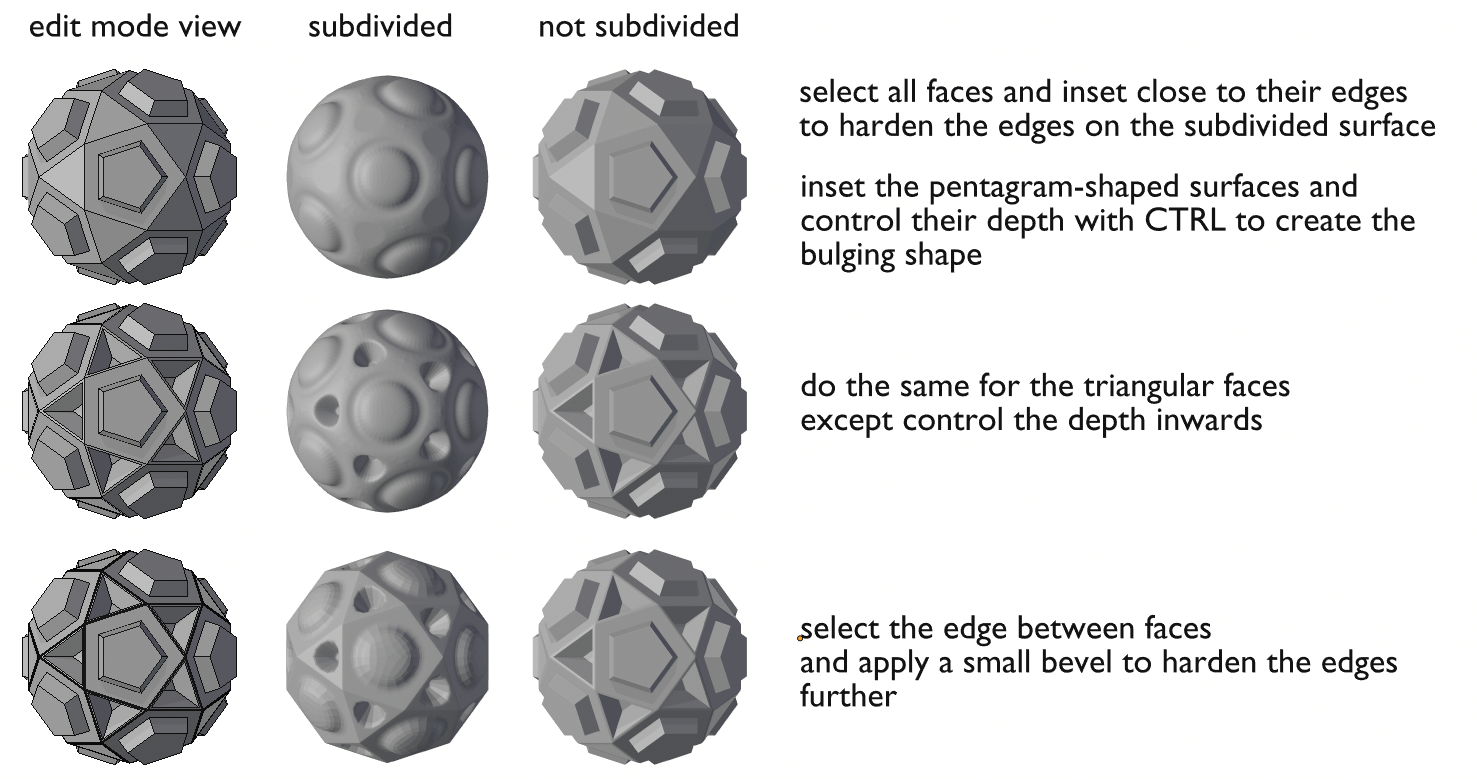 2
How can I keep hard edges with this shape?
0
How do I delete extra Faces?
1
Need to Fix Broken Edge Loop?
0
Retain circular shape after adding subdivisions with sub surf mod applied
0
How to intrude / extrude a cube (or other irregular shape (knife tool) onto a uniform shape such as a dodec or icos?
2
How to Loop cut multiple selected edges at once