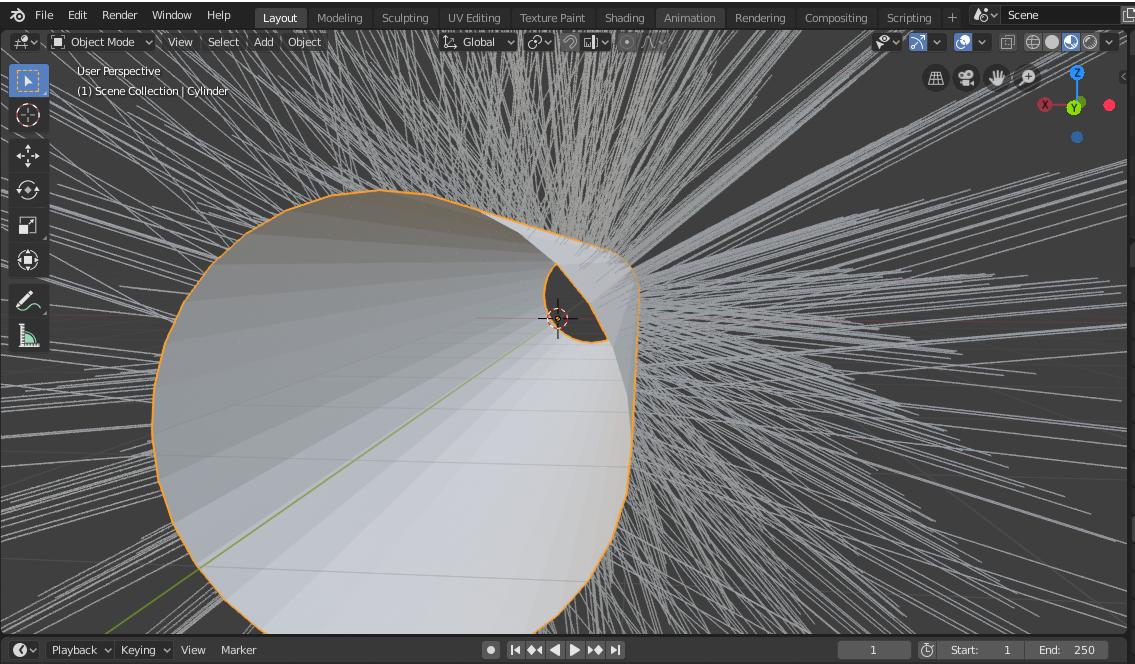 Although you can give hair a negative length,

it is better to change normal directions

or solidify a tube and choose what faces to generate particles on.

If you select the cylinder, switch to edit mode, select all with "A", and then do Mesh -> Normals -> Flip, that'll flip all the normals. Go back to object mode, and your hairs should be growing into the cylinder (though you may need to decrease their length to keep them fully within the cylinder.

If you need faces with outward pointing normals on your cylinder, too (e.g., if you want to properly shade the outside of the cylinder), then you should give your cylinder both inner and outer faces. The Solidify modifier can do this, and if you put it in the modifier stack after the particle system, the particle system will continue to grow only on the inside of the cylinder.

However, if you need to Apply your Solidify modifier at some point, you'll have particles growing on both the inside and outside, because they'll be coming out in the normal direction from all the faces. To fix this, you can use a vertex group to define which faces should emit particles. It's a little complicated, but basically:

Not the answer you're looking for? Browse other questions tagged objects particles or ask your own question.