This is a mechanical pick and placer that takes parts(A and B) and leaves them on a transport belt(Z1 and Z2). I hope to clarify everything with the image below: 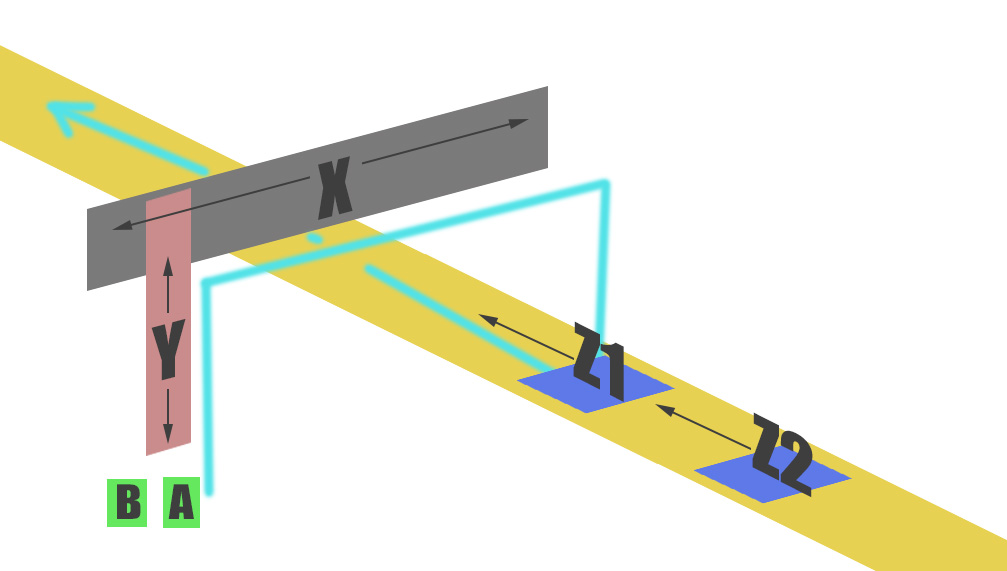 The Y object takes A and moves this to above the Z1 position.
After leaving A at Z1, Z1 moves A in the direction specified by the arrow at Z1.
Z2 follows Z1 and takes the spot previously occupied by Z1.
Y then moves back to pick up B, which is then placed on Z2.
After dropping off B, Y moves back to the starting position, while Z2 moves B in the direction specified by its arrow.

The question is: I made these movements using the "child of" setting, but after the second link, something doesn't function. For example, when I put the 2nd "child of" to piece A (the one that now is on Z1), it comes back to its previous start position or comes back attached to "Y". In just a few words, I don't want it to stay attached to Z1.

For this type of animation, is it correct to use the "child of"? Or there is any other method to do this?

In 3DS Max you can decide the frame with the constraint but in Blender I've not found similar settings.

Browse other questions tagged animation parent or ask your own question.

18
Is there a way to convert a constraint to a keyframe?
4
Child of constraint and moving rig in Object mode
0
blender pickup up and dropping object — setting visual keyframes just changes position?
0
Pick an object up and then drop it