How to seamlessly combine baked and unbaked textures?

I'm working on an animated scene in Cycles in which all objects are static except for a moving camera and an object (the satellite thing in the scene below) that rotates in front of it. (I'm quite new to Blender, apologies for the noobishness). 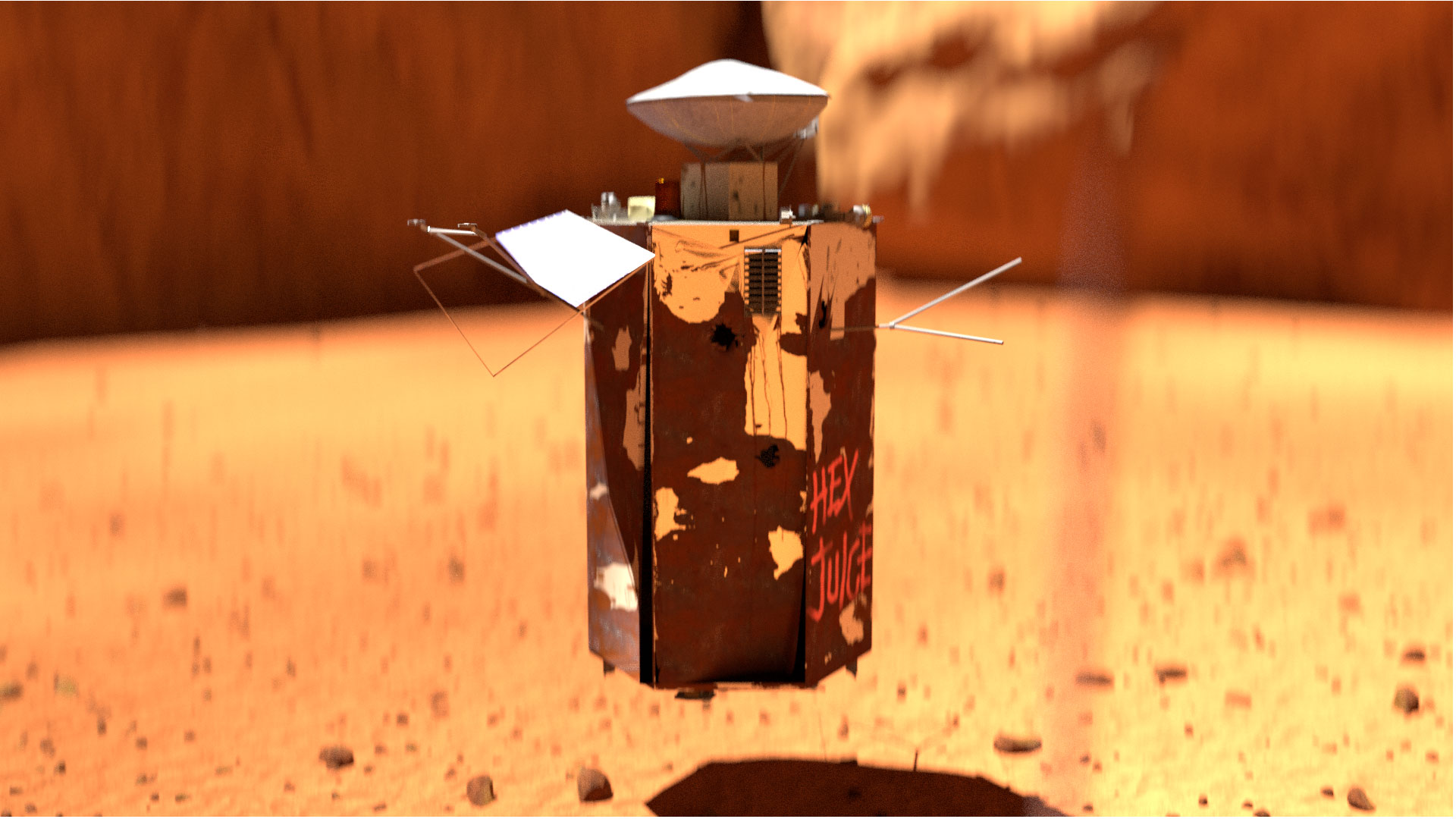 I'd like to do a combined bake of most of the 'floor' in the scene - the sandy terrain - except for a patch directly beneath the satellite, which will have the shadow of the satellite moving on it as the satellite rotates.

This is what I've tried to do:

The problem is, the whole floor has one material on it at the moment, which includes a 'noise' texture that generates the darker patches on it (see node setup below). If I divide the floor into two objects, then there's a really obvious seam between them - the noise texture (and other image textures in the material) doesn't continue across the boundary between the two objects, but "starts again" on the smaller patch (and on a smaller scale).

What should my workflow be so that I can bake most of the floor (the part in the distance) as it is, whilst leaving a small unbaked part below the satellite, which joins seamlessly to the the baked part?

Here's the node setup for the terrain, in case that's helpful:

Browse other questions tagged cycles-render-engine baking or ask your own question.

2
Baking to an image using cycles with two sets of existing uvs
6
How do you bake several materials onto one object in Cycles Render?
3
Cycles, Materials Baked to Texture Lost Shading
1
Cycles weird baking behavior: changes to another image texture mid-bake
2
How to combine transparent environments with alpha masks?
0
How to UV unwrap with repeating texture?