Blender 2.8 - How to fragment an object in cubes

as the title suggests, I have doubts about how to quickly break up an object by dividing it into fragments in the shape of a cube.

Let me explain better with images:

This is the object on which to apply the subdivision: 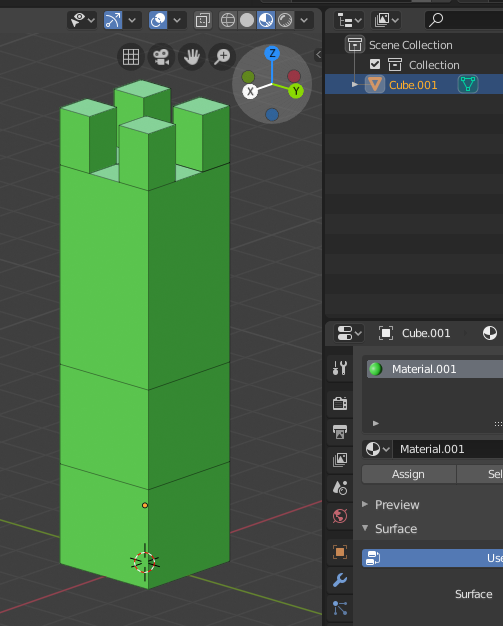 At this point, I select a desired part of the object and separate it from the main object, creating an new separated object (in the example I moved it only to show the subdivision and the different inside material).

At the moment, with my basic knowledge, I selected the desired faces, separating them with "P-by Selection". I then filled in the missing faces, applying a different material manually (those colored in blue): 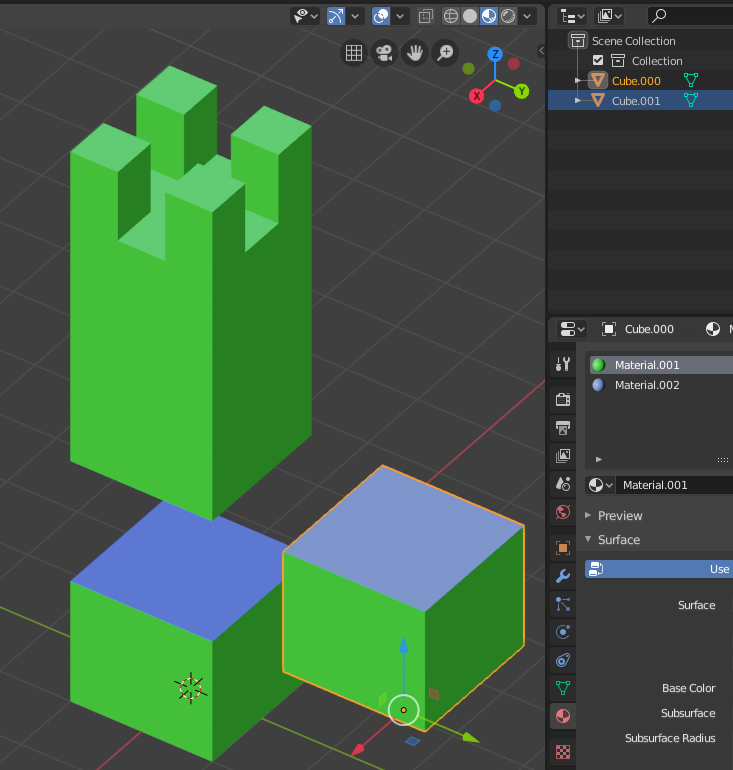 In turn I would like to divide the previously separated object into many small cubes, with the "internal" faces already filled and with an assigned material: 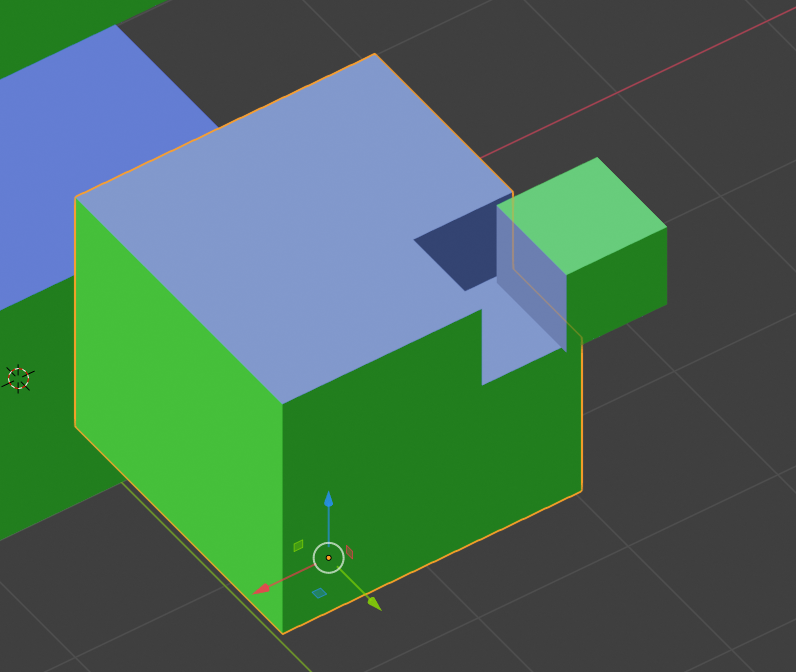 To explain myself better, the function most similar to the one I would like to obtain is the Addon cell fracture: in fact, using it, a separated object is created for each fragment, the internal faces are created, and a desired material is applied inside, but it has the disadvantage of creating irregular fragments, while I would like them all in the shape of a box (cube / rectangle).

Do you know any automatic functions that allow me to split specific parts of a mesh into cube-shaped fragments? A kind of "subdivide" but at the level of the object and not of the faces, which automatically creates the missing faces of the new objects created and associates it with a material of your choice. At the moment I can get the desired result but at the cost of spending a lot of time in the various manual steps, an automation of some kind would be fantastic!

I tried to experiment also with the "boolean" modifier, but it has the disadvantage of not "filling" the missing faces, of not creating new separate objects, etc ...

9
How can I preserve both materials from two meshes that undergo boolean union?
0
Union partially overlapping cubes without boolean modifier
0
python : creating 4D simplex by connecting all vertices with ever possible triangular face
2
Where's "Copy from Active" in Blender 2.8
1
Joining multiple objects removing internal geometry
1
Using subdivision surface cuts up my object?
2
What is the best workflow for dealing with modifiers and complex objects?