Repeat a generated texture in Cycles?

What is the way to multiply a texture across one axis? Lets assume that I have a plane. How can I multiply the "Gradient" texture in the node editor (Shift A > Textures > Gradient) several times across the plane surface? Here is what I mean - 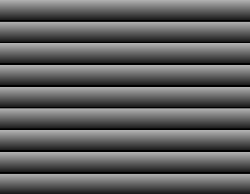 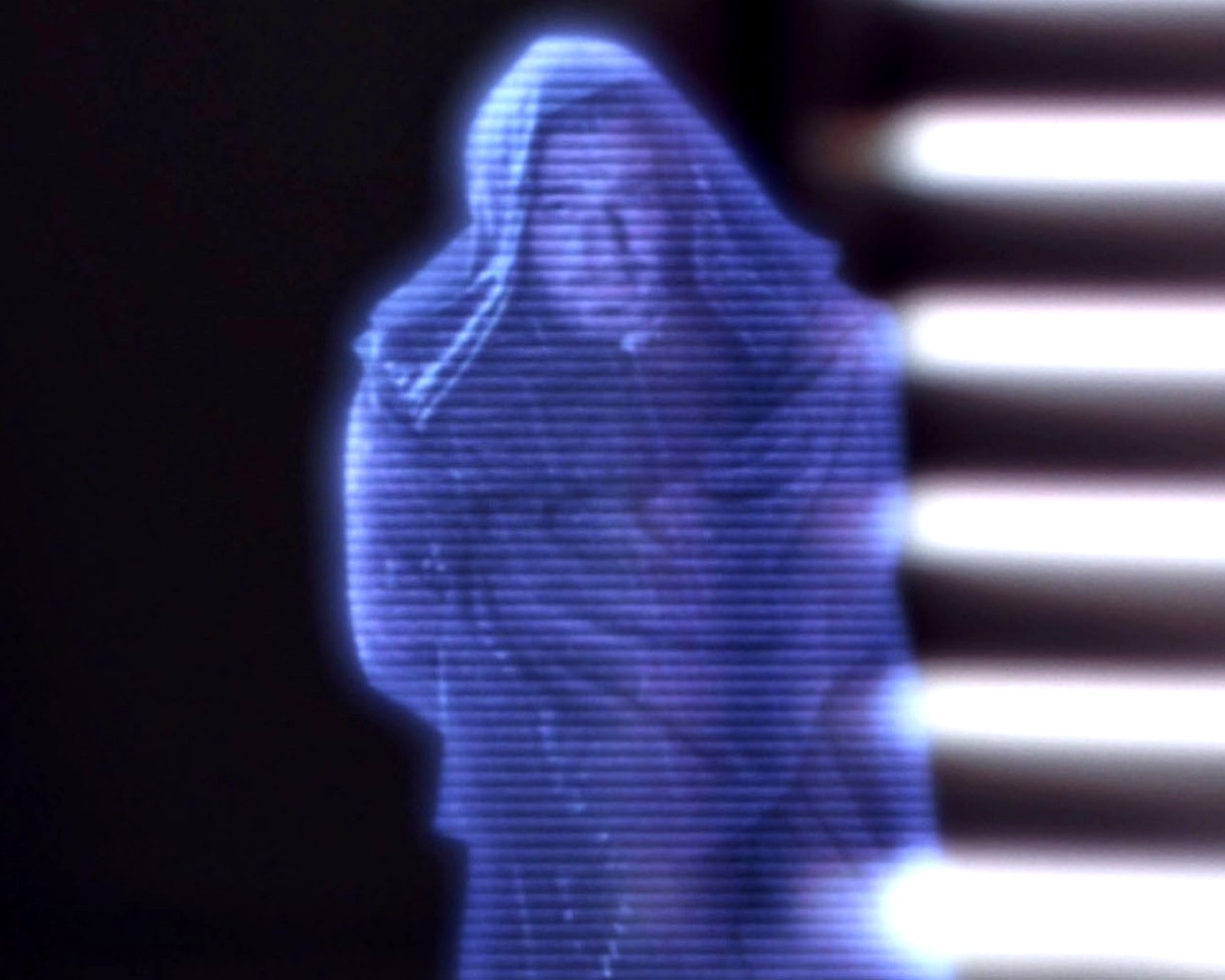 I tried using the "Mapping" node, but I still can't figure out what to do. Here's my node setup for the hologram like effect - 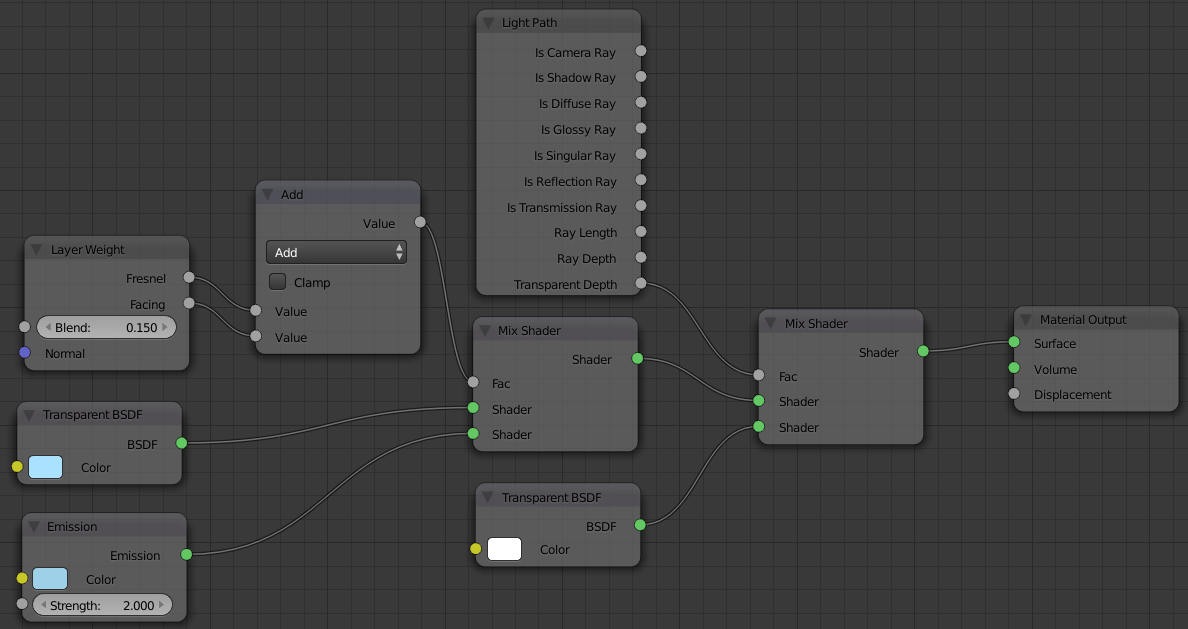 The results from the node setup - 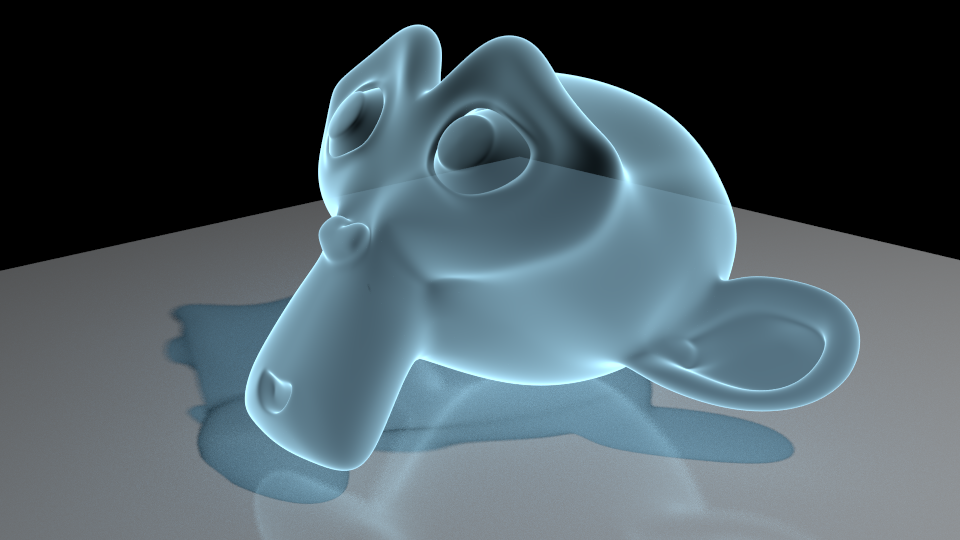 My aim is to replace that texture with a "Gradient" texture. What would be the approach?

The Vector Mapper came to mind as the first place to look, but it does seem to have the necessary capability. It's still useful for scaling and rotating textures, so we keep it anyway.

The repetition can be done with a conglomeration of simpler nodes. Being able to assemble simple nodes in all kinds of ways to accomplish anything is what makes Cycles so poweful.

Use the nodes Input -> Texture Coordinates, Vector Mapper, Converter -> Separate RGB and Combine RGB, and Converter -> Math (two of them).

Send "Generated" (or whatever your favorite) texture coordinates into the Vector Mapper, so you can control the orientation of the repeating texture. (Make sure the Min and Max checkboxes are off.) The Mapper's output is split into separate x,y,z using the RGB splitter. The Splitter doesn't care if the given data is a geometric vector or a color, as long as there's three numbers.

The three outputs feed into the three inputs of a Combiner, except 'X' (aka 'R') goes to a Math node set for Multiply. Put a number in the second slot, like 7, or 20. The output of this goes to the second Math node, set for 'Modulo'. Its second slot should be 1.0. This feeds the 'R' of the RGB Combiner.

The Combiner's output is the mapped texture coordinate with 'X' made repeating, like a sawtooth wave, ramping up from 0.0 to 1.0 then dropping to 0.0 each cycle. Feed this as the 'Vector' of the Texture node, Gradient or otherwise. Behold, the texture repeats! 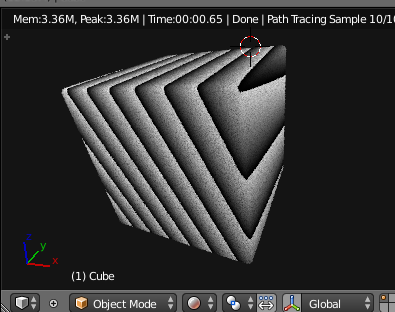 Welcome to the wonderful world of math!

(note that the top face gets a little screwed up if it's perfectly flat, but that's easy to fix just by adding or subtracting a small value before the Modulo math node)

In this case, we divide the coordinates (which range from 0.0 to 10.0, since the mapping scale is on 10) by 1.0, and thus for every whole number the math node shows black (remainder is 0.0), but as the decimal increases it'll get lighter (bigger and bigger remainders) until we reach the next whole number and it turns black again, restarting the cycle.

Since a gradient texture only changes on one axis, we only need to do the modulo operation on the X axis, but in other cases you may want to do it for the Y and Z axes as well.

For the mapping node to work properly you need to tell it what the existing mapping coordinates are. To do this simply add an input > texture coordinates node and plug the UV output (the model must be unwrapped) into the vector input on the mapping node.

Here is what I came up with in terms of making the horizontal lines. 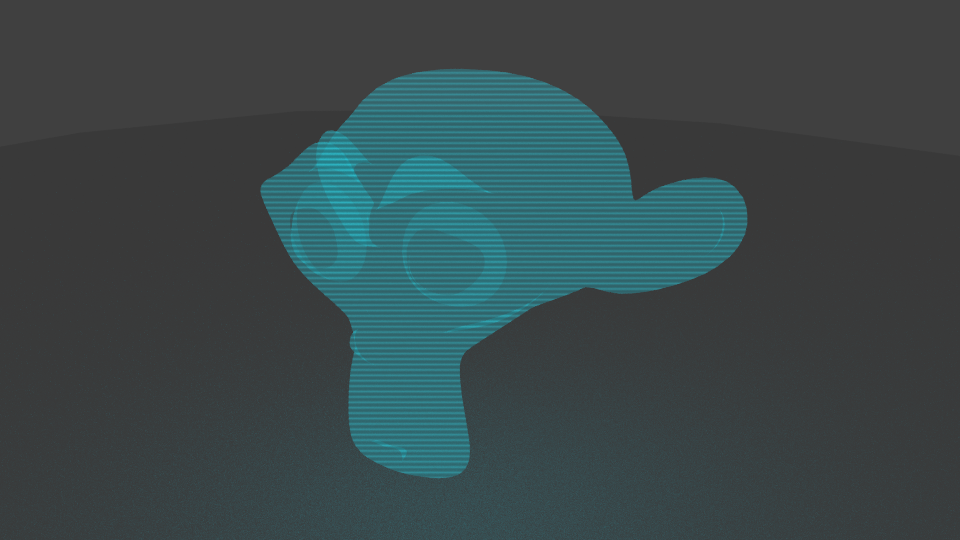 Obviously there is a lot of tweaking to do, this is simply mixing two different colored emission shaders.

The mapping node scales the coordinates in the y direction by 100 (looking at it now, that seems a bit too much).

The image texture is this one I created here. Unfortunately the generated gradient texture does not behave desirably when tiled. 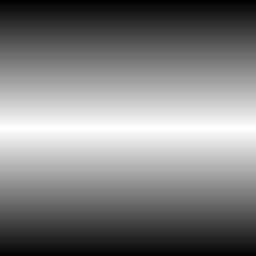 The color ramp is simply to give a little more control of the final mixing.

23
Randomly populating procedural shape (or Image Texture) in Cycles
7
How do I overlay a photo of a face over a character on a video?
3
How to tile the Gradient Texture node with the spherical gradient type?
0
make the scene look like an old television

23
How do I colour a 3D terrain based on its height?
3
Spherical gradient texture on plane not working
1
Repeat texture in all directions using cycles nodes
0
Gradient (spherical) on combined surfaces not working
4
Security Hologram Sticker
1
Blending two procedural "reptile-scale" textures - at scale edges