I am attempting to make cords using python in Blender 2.8

Currently, I have successfully made it work when using a normal bezier curve that I modify along with a circle I added. (see image below)

My issue on a spline that I add points to and combine into a curve seems to have an issue where it will not run the bevel-using-shape option unless it is run in separate code, or done by hand. (see images below)

I'll also include my code which shouldn't need any adjustments to test. The only issue is the last line that bevels. 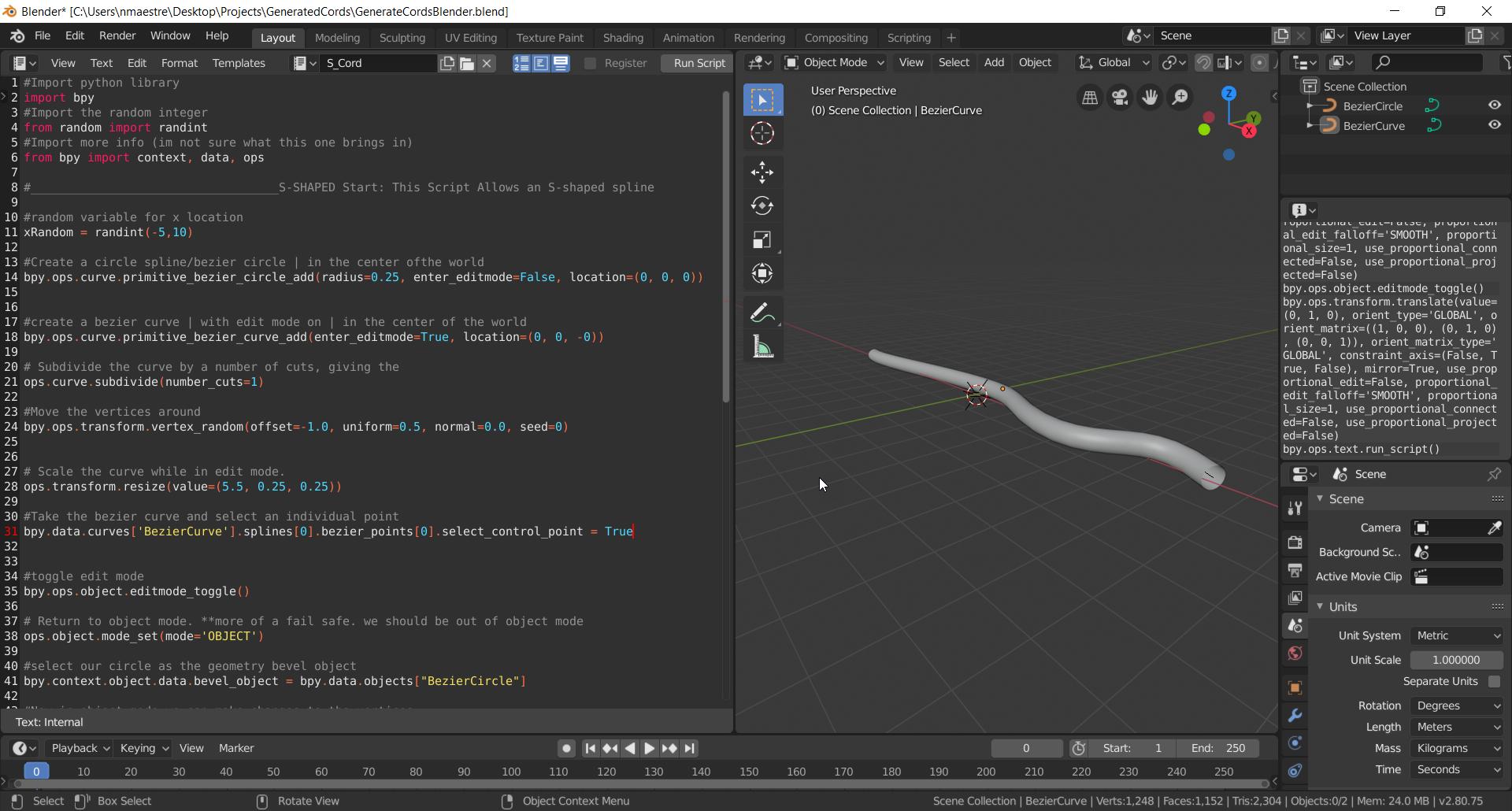 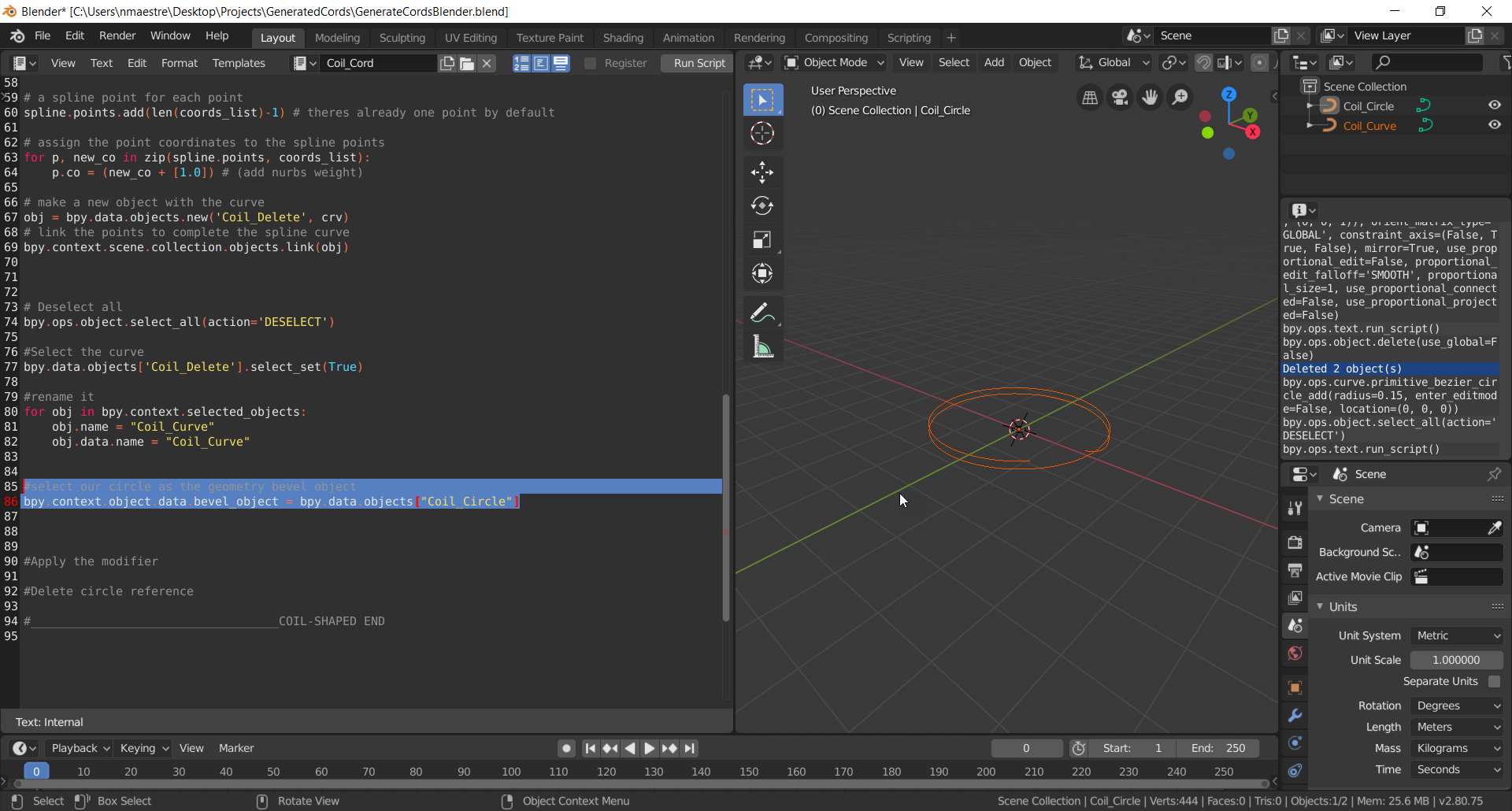 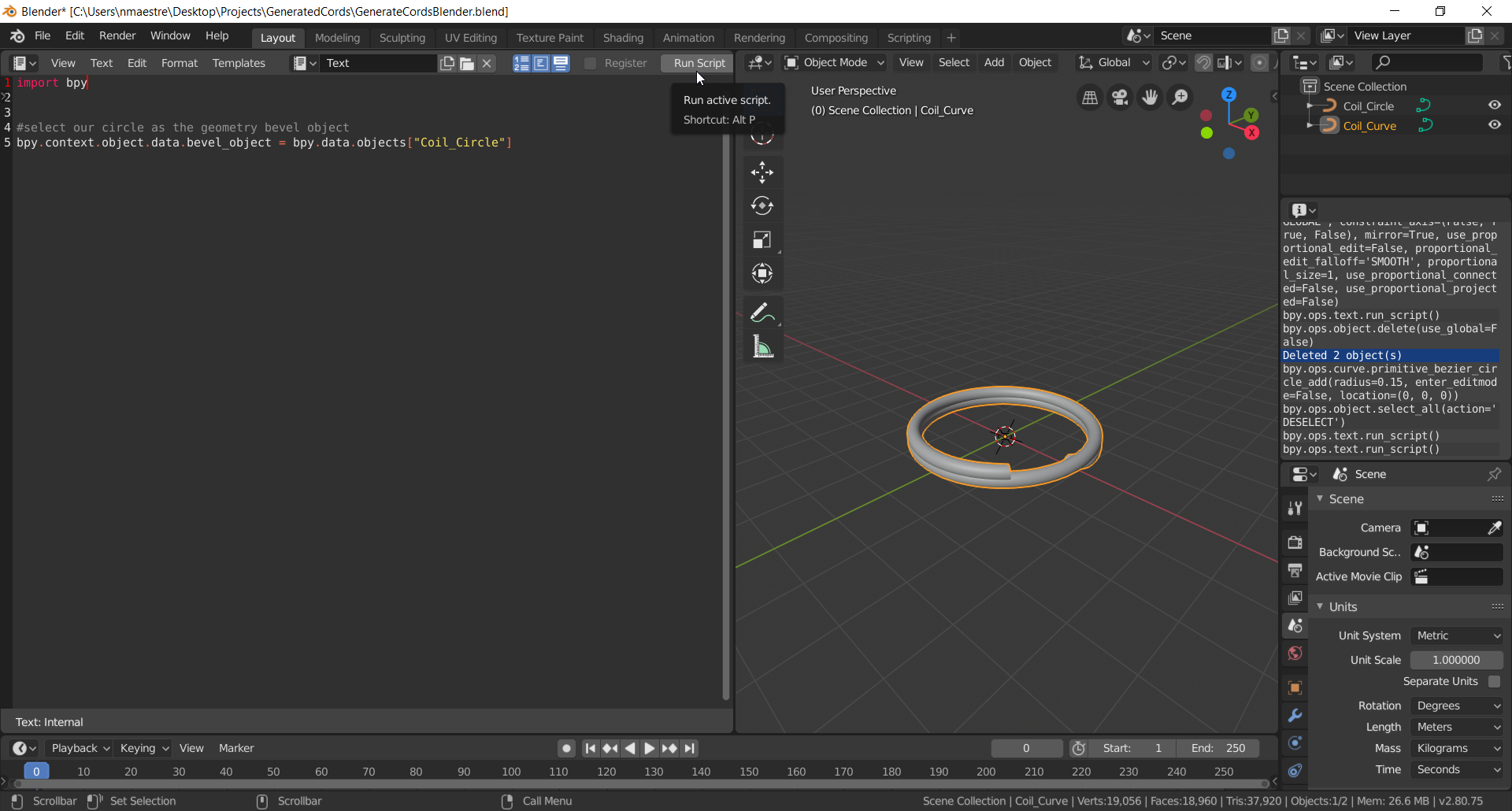 A friend helped me fix it.

Because now it will correctly reference the curve we made

Not the answer you're looking for? Browse other questions tagged python bezier-curves path bevel bezier or ask your own question.

3
Calculate points on a Nurbs curve without converting to mesh
2
How to get the Controllpoints of the *hull* of a Bezier Curve?
1
Get points of Bezier Curve in coordinate space of the scene
0
Distorted mesh when I use a bevel object on Nurbs curve vs. Bezier curve
1
Curves: how to make circular shapes within curves
2
Python API, get bezier points taking into account shape key values