I've been working on a character model that I have rigged, weight painted, and created poses and shape keys for. Everything has been going smoothly so far, with no unwanted distortion when I pose the armature. But for some reason, when I move the character in object mode, his hands become very distorted. It doesn't occur in Pose or Edit mode, only in Object mode. Does anyone know why this is happening and how it might be resolved?

(I would provide the blender file itself, but I can't seem to find a way to attach it to this post) 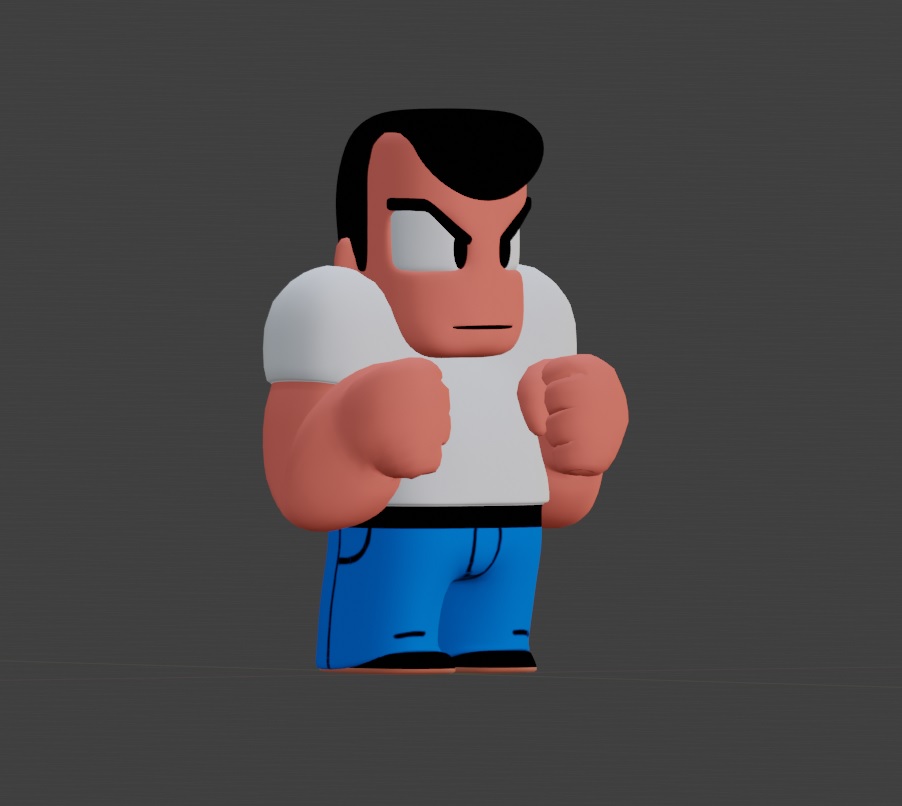 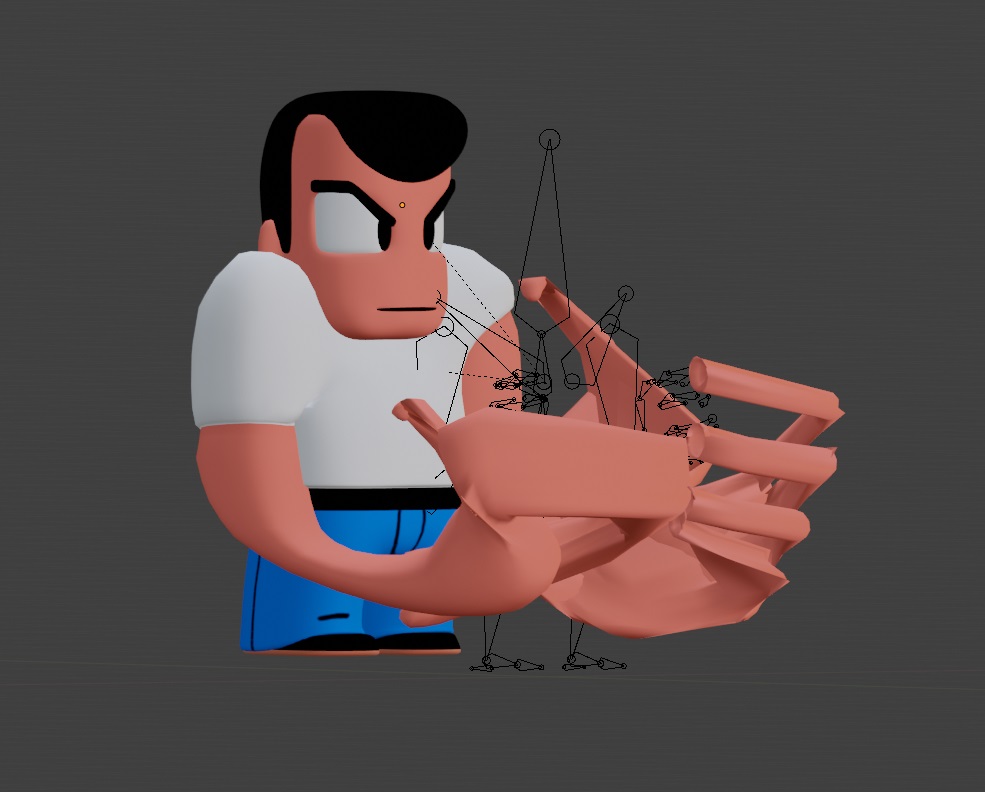 It's normal, the mesh is bound to your rig and when you move it away from it, you'll get weird deformations.
If you want to move the mesh object without the rig, you can temporarily uncheck its Armature Deform modifier's visibility.

Otherwise, the way to move the entire character is usually to move the rig object: because he is the parent of the meshes he deforms, they will move with them (unless you forgot some parts, which is also a way to check your work).
Though the most common way is to have an empty used as the parent of the armature object. This way you have the whole character wrapped in that empty's hierarchy, you get one more level of control, and it's more flexible. And you don't seem to have a root bone in your rig, so it would also fill this role.

Not the answer you're looking for? Browse other questions tagged modeling rigging objects bones or ask your own question.

1
How can we build shape keys for protruding eyes?
0
Help with transfering items to rig
0
Weight painting basic character. Mesh distorting when moving - Newbie
0
How do I make a new rest pose when using wieghts and MeshDeform?
2
Bizarre Outer Shell on a model? Only Appears in pose and object mode
0
How to make armature edit mode match object mode?
2
Parenting an object to a bone not working
1
Weight painted scalf not moving as expected