I need help to sculpt the Mawiya mosque depicted below: 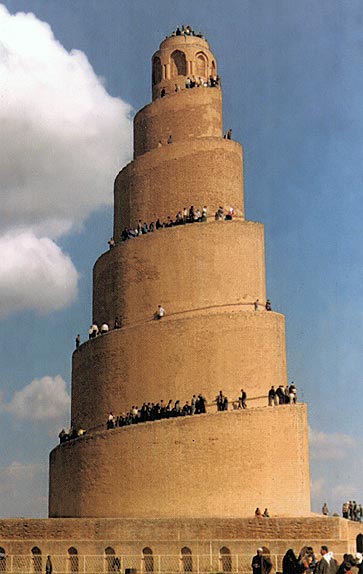 I tried to do that in Blender 2.81 but I couldn't bring the same spiral walking path. That is what I came out with: 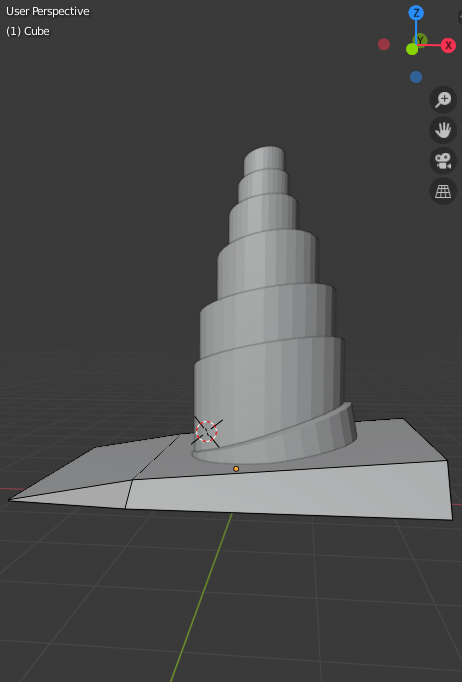 I have used Cylinders to preform that but I was stuck with creating the walking path from the ground to the top of the mosque! I imagine that should be easy for an expert to do in Blender.

I think you can probably achieve what you're looking for using (mostly) the Screw modifier. Here are 3 approaches...

I forgot to make sure the walking paths aren't partially above one another on the Z-axis in this approach, but I think it can be adjusted to get that right:

Start with a simple plane: 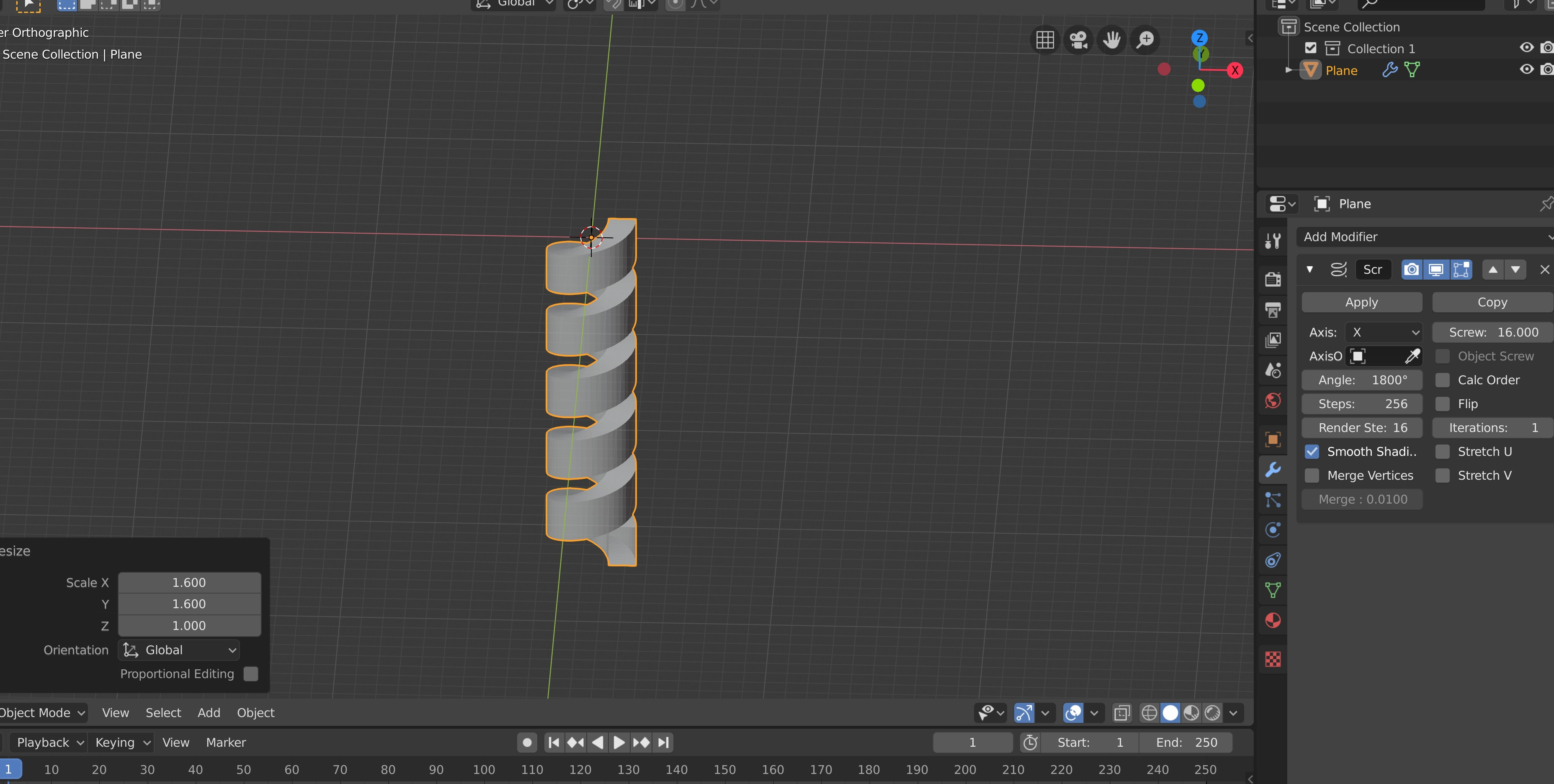 Then we'll apply the Screw modifier to the mesh, and get ready to use proportional editing to adjust the mesh's shape: 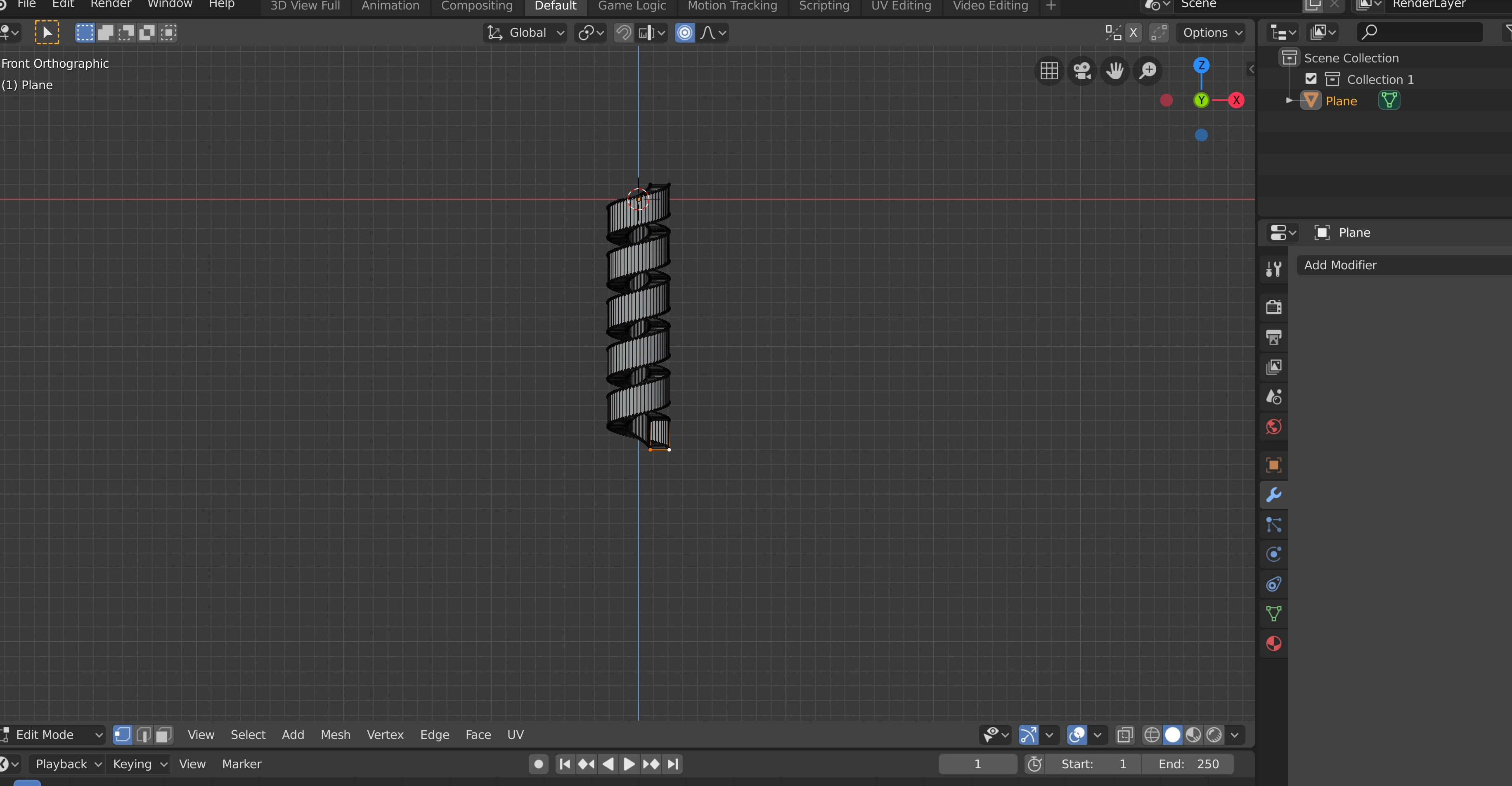 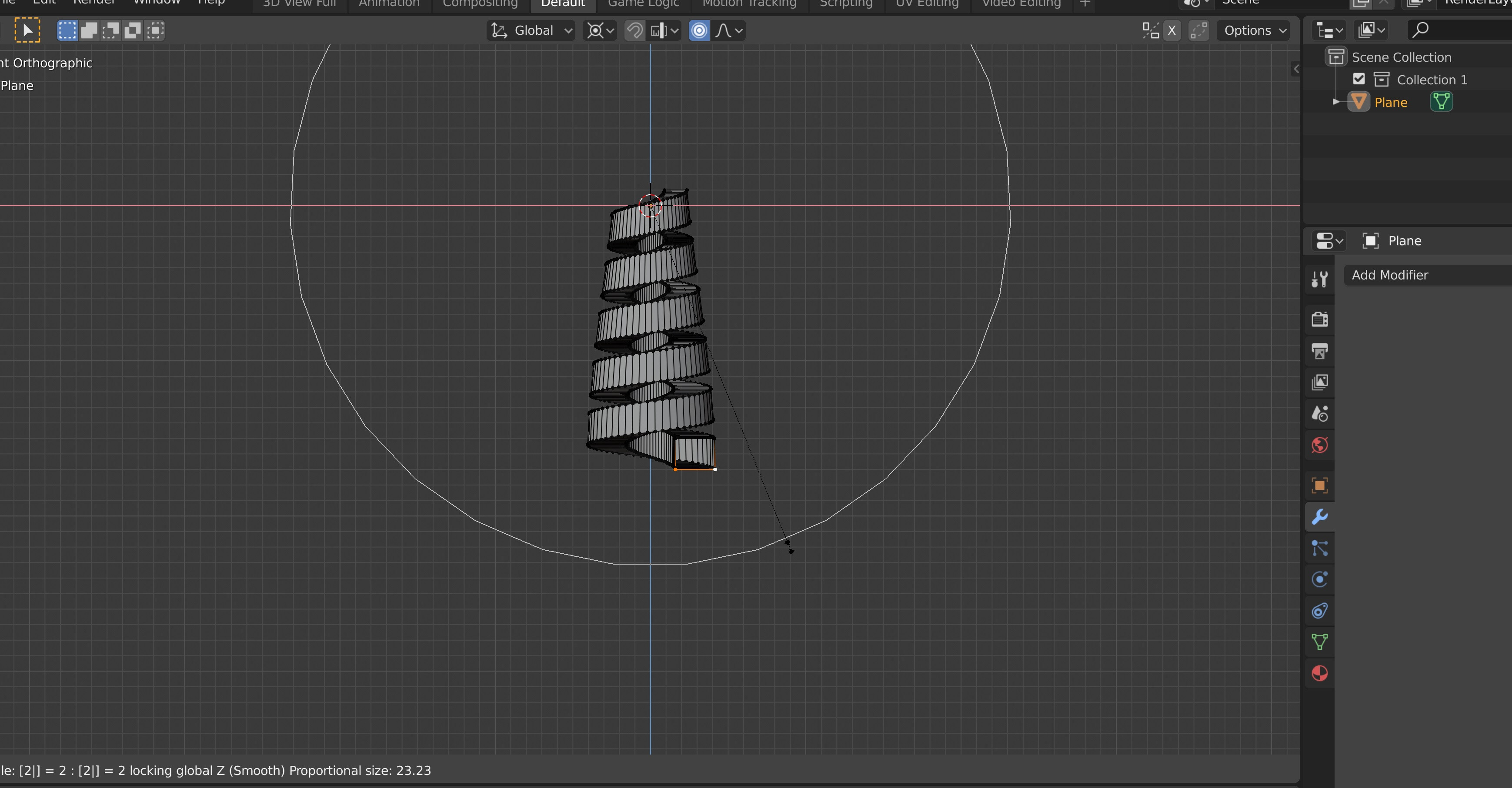 This process leaves an open hole in the center of the structure, so I then added a single cylinder to fill it in. I think you'll probably need a separate cylinder for each layer, but the same basic idea should work: 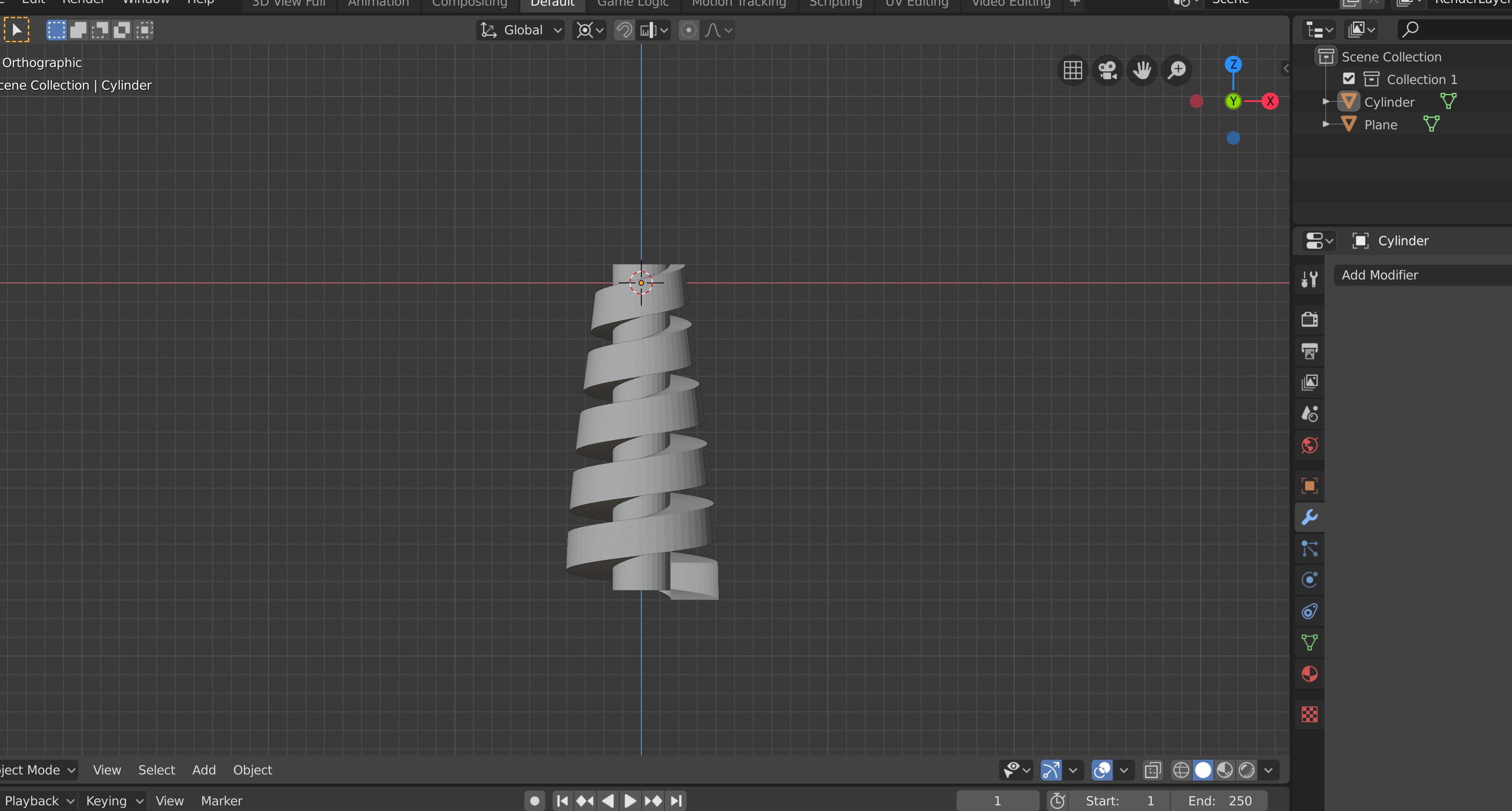 We start with a plane in the same setup as in Step 0 above (not shown here). We can then add the 3 modifiers in the title of this method, with setting as given below, and get a reasonable facsimile to the Malwiya mosque's structure: 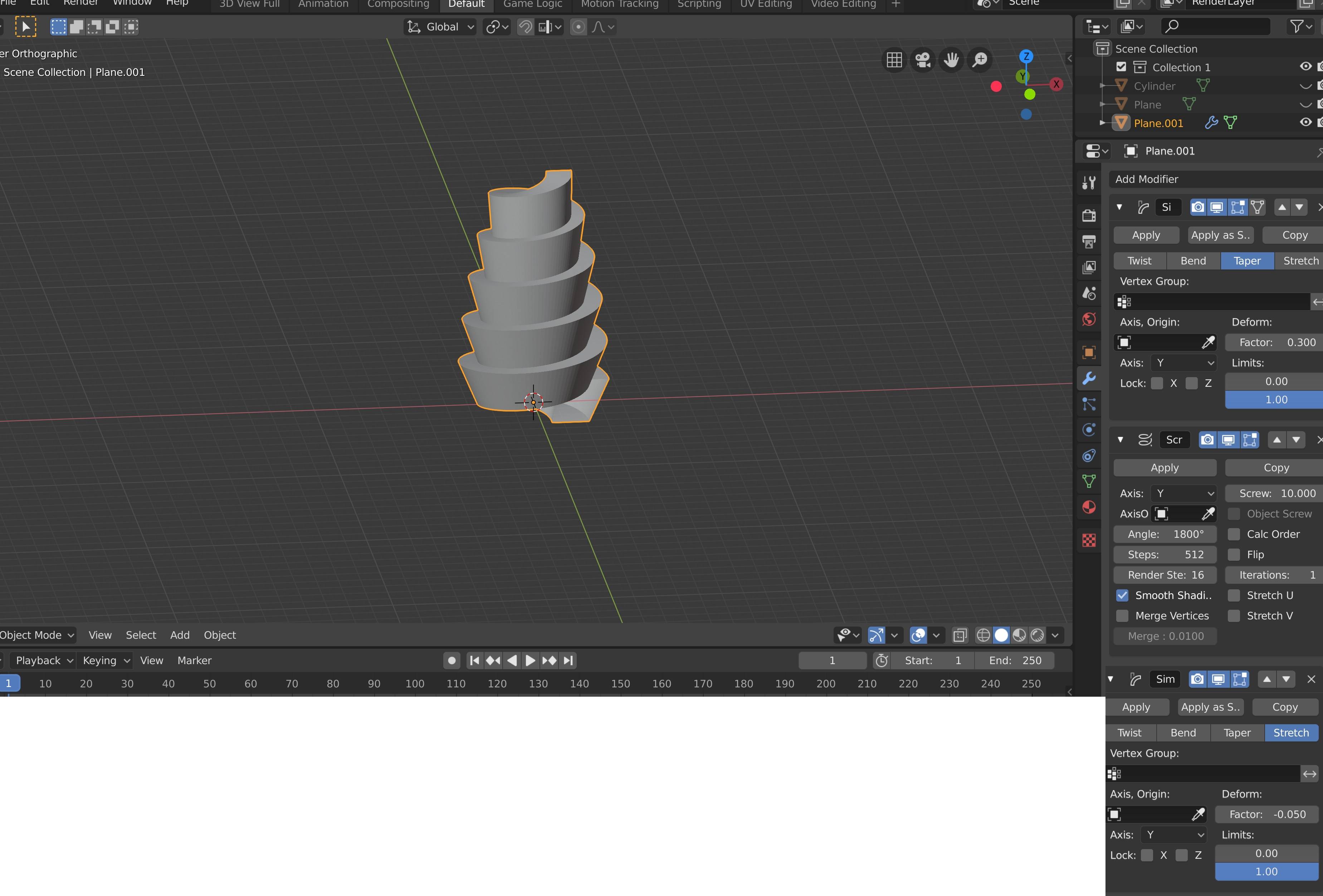 You may then want to apply modifiers and edit this, but it seems like a good starting point for the desired structure. To give a little bit of intuition for why this particular modifier stack seems to work: I started by observing that the Malwiya mosque looks like, well, a screw, except that its walkway's radius tapers off as you approach its summit. Simple deform gives us the option to taper (either before or after the Screw, or both, as we did here), and so playing with a few combinations of these two modifiers seemed natural.

I couldn't quite stop playing with options, so here's a third one: you should be able to pretty easily generate the desired shape using a curve to model the desired spiral, adding Bevel & Taper objects to get the desired walkway shape/height, and finally filling in any gaps with cylinders or other objects as appropriate.

In particular, there is a very nice "Archemedian Spiral" object available for free (though I believe you have to turn on the "extra objects" add-on to see it): 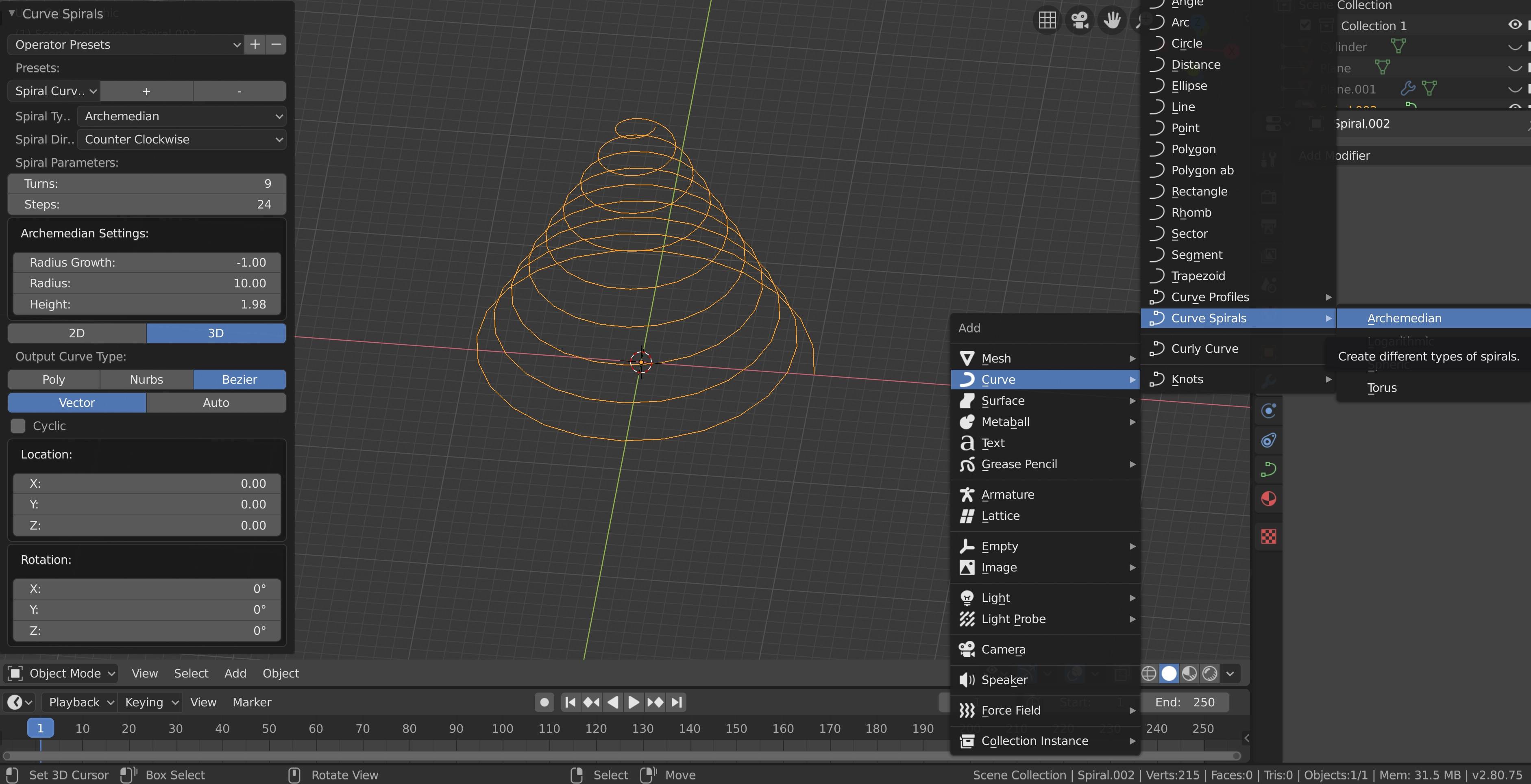 If we add a Bezier curve with 3 points as the Archemedian spiral's Bevel object, then we can play with it a bit to get a nice basis for the kind of spiral walkway that wraps around Malwiya mosque: 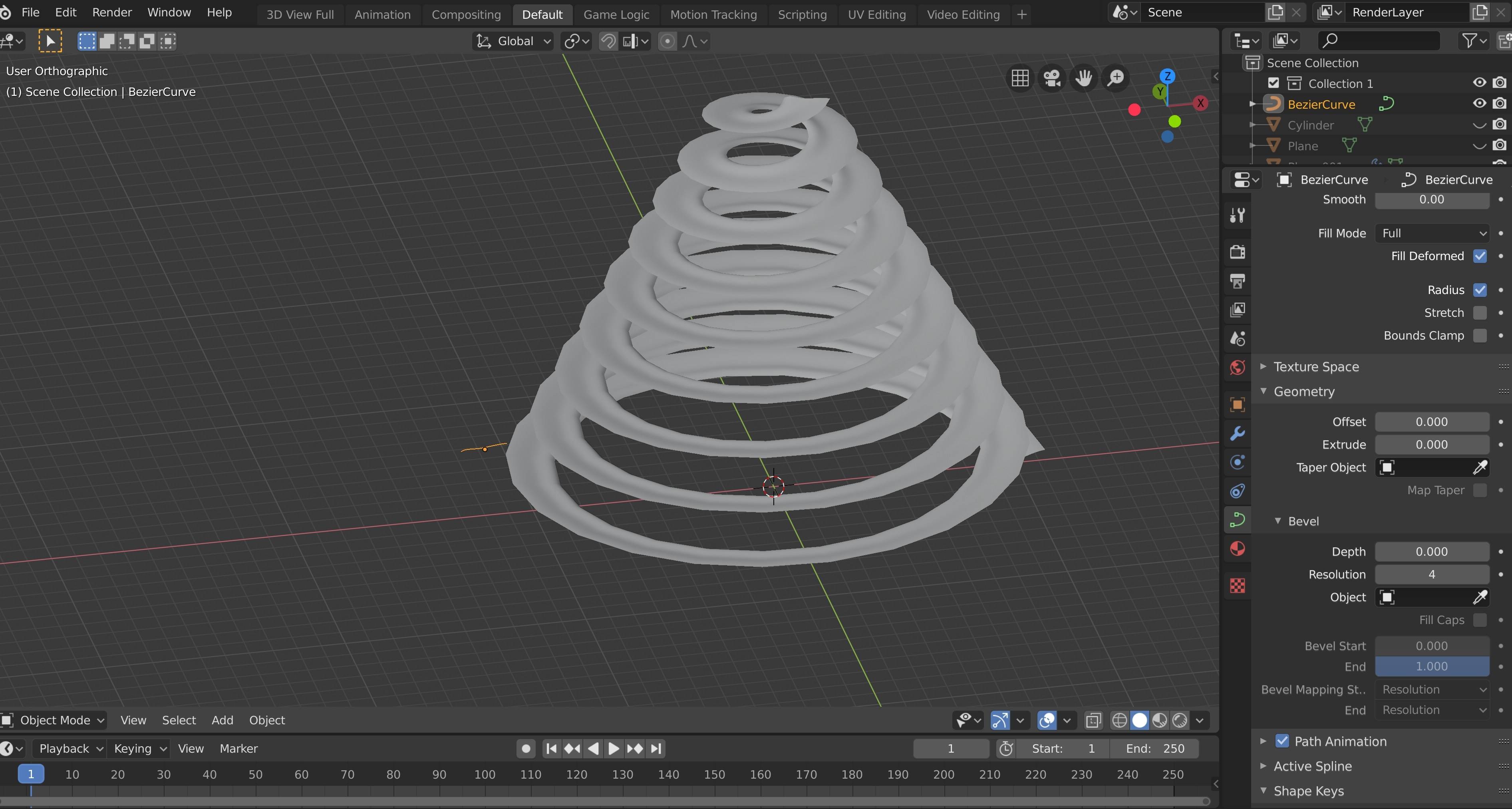 You would then probably want to rotate this a bit to get the walkway to angle in the same fashion as in your image, and convert it to a mesh and extrude the geometry to fill in empty space.

You could use two of the shipped add-ons help you make the basic structure in a few steps: 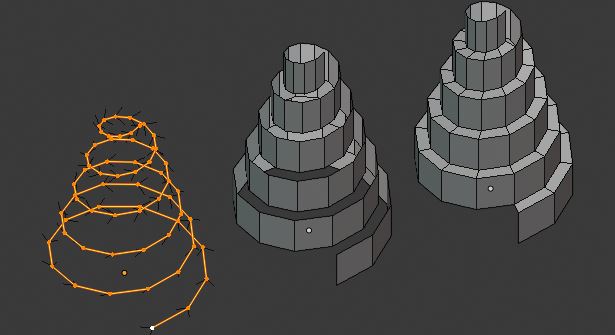