So I followed a tutorial on placing the rigify metarig on a model. A followed the instructions as best as I can. After generating the rig, if I move any of the foot up, the knee moves away from it's previous position (right knees moves to the right and vice versa). Thinking that the tutorial is missing something, and because it didn't show how the feet and knees moved, I look for another tutorial. The next tutorial I followed talked about roll values. It was a very nice info to learn. It also said that you shouldn't just move the bones to fit the model which the 1st tutorial did. After generating the rig, the knee still behaves the same as the one based on the 1st tutorial. What could be the problem with my rig? 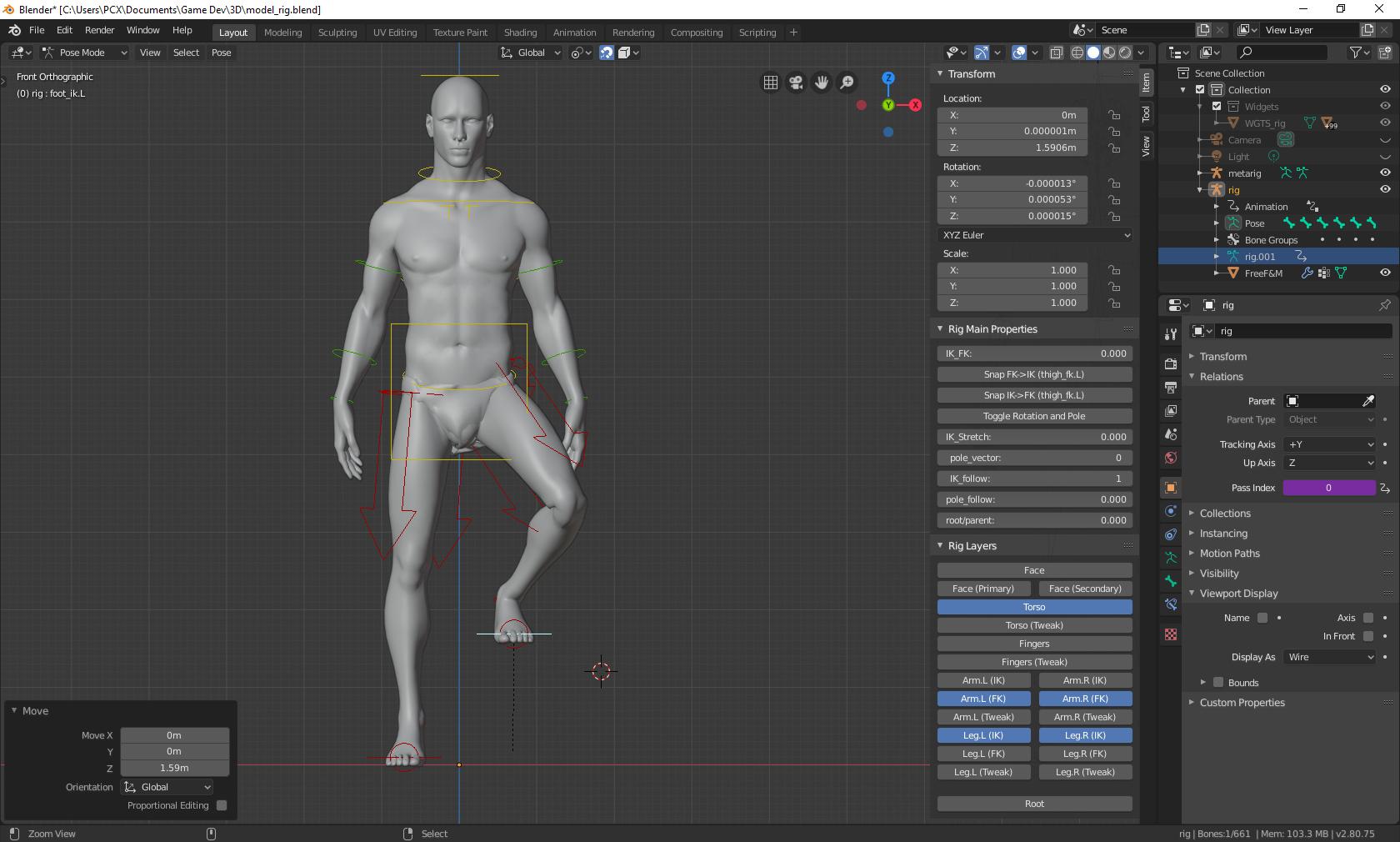 Browse other questions tagged rigify or ask your own question.