How do you create a slice of ocean with an animated surface in blender 2.8? 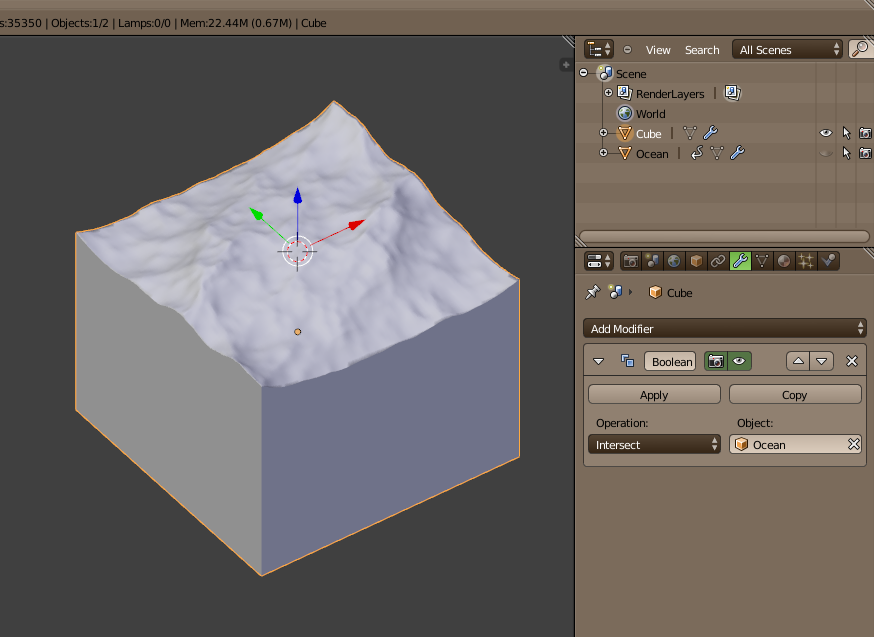 The only way that I can get anywhere close is to create an ocean slightly larger in X & Y than the cube, but shorter in Z. Then add a boolean on the cube with the object as the ocean and the operation set to difference. However, I can then only remove the faces of the cube above the ocean once the boolean modifier is applied, which means that the animation won't work.

EDIT: Having downloaded blender 2.79 and added a boolean intersect to the cube I get similar behaviour to blender 2.8 when the solver is set to BMesh... 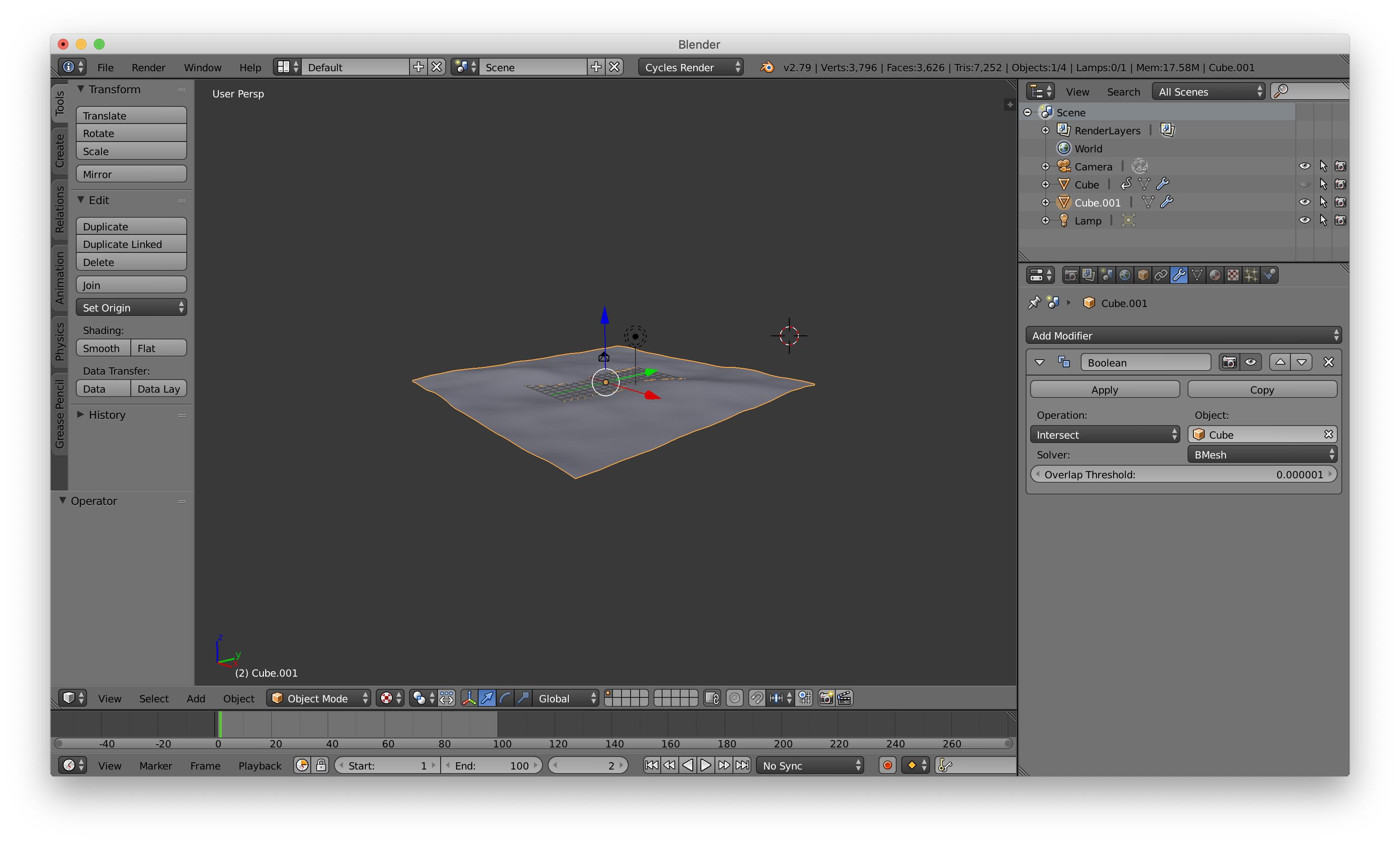 ...but setting the solver to Carve gives me the desired result. 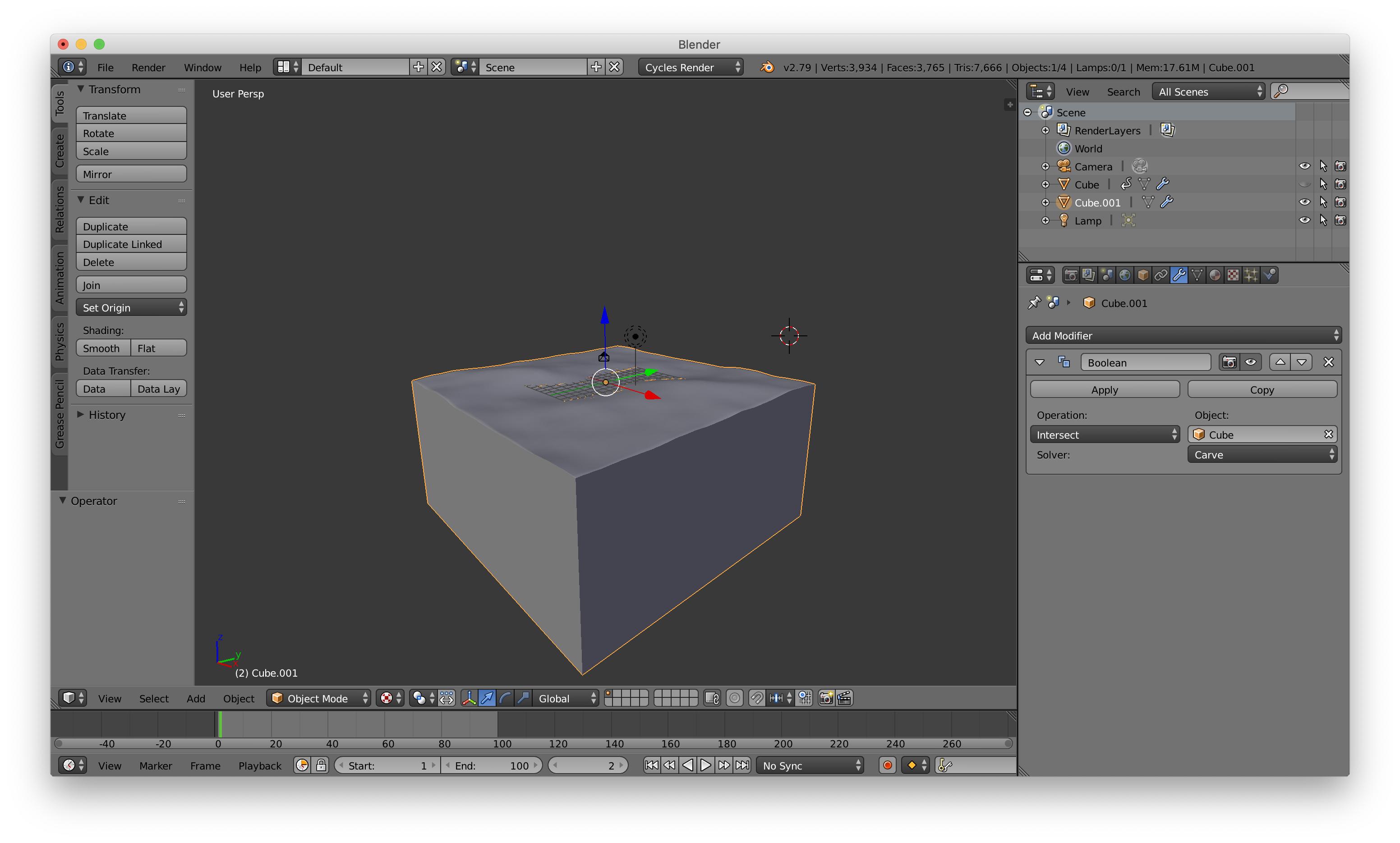 So it looks as if blender 2.8 (which has removed the solver Carve) cannot generate the desired result.

So the questions stands, how do you create a slice of ocean with an animated surface in blender 2.8?

Ocean should be Displace instead of Generate in order to utilize vertex group.

Vertex group later is displaced strictly on Z axis down below and cut by Cube via boolean Intersect.

Adjust Cube's scale as you need and enable Autosmooth (80 deg) in Plane settings to have a sharp corner at the cut.

2
Changing Boolean Solver in 2.78?
0
Boolean Difference with Bevels
0
In BGE is it possible to leave a boolean function "unapplied"
1
boolean union having problem when combining cubes with same height
1
Joining multiple objects removing internal geometry
0
How do you use the Boolean Modifier on an Ocean Modifier to cut a cube in half and apply a material to the bottom half only
1
removing intersecting geometry in blender 2.9