Mesh moves to origin on animation

So basically I am using Mixamo for animating characters (First time using it) and when I try to put 2 animations onto one mesh, It seems that once the first animation is over (which is a walking animation) the second one (which is a falling animation) refers back to the origin which is where the mesh was before it started walking, meaning that the mesh teleports back to the origin before it falls. I would supply a blend file but I'm not sure how.

Any help is greatly appreciated, Thanks 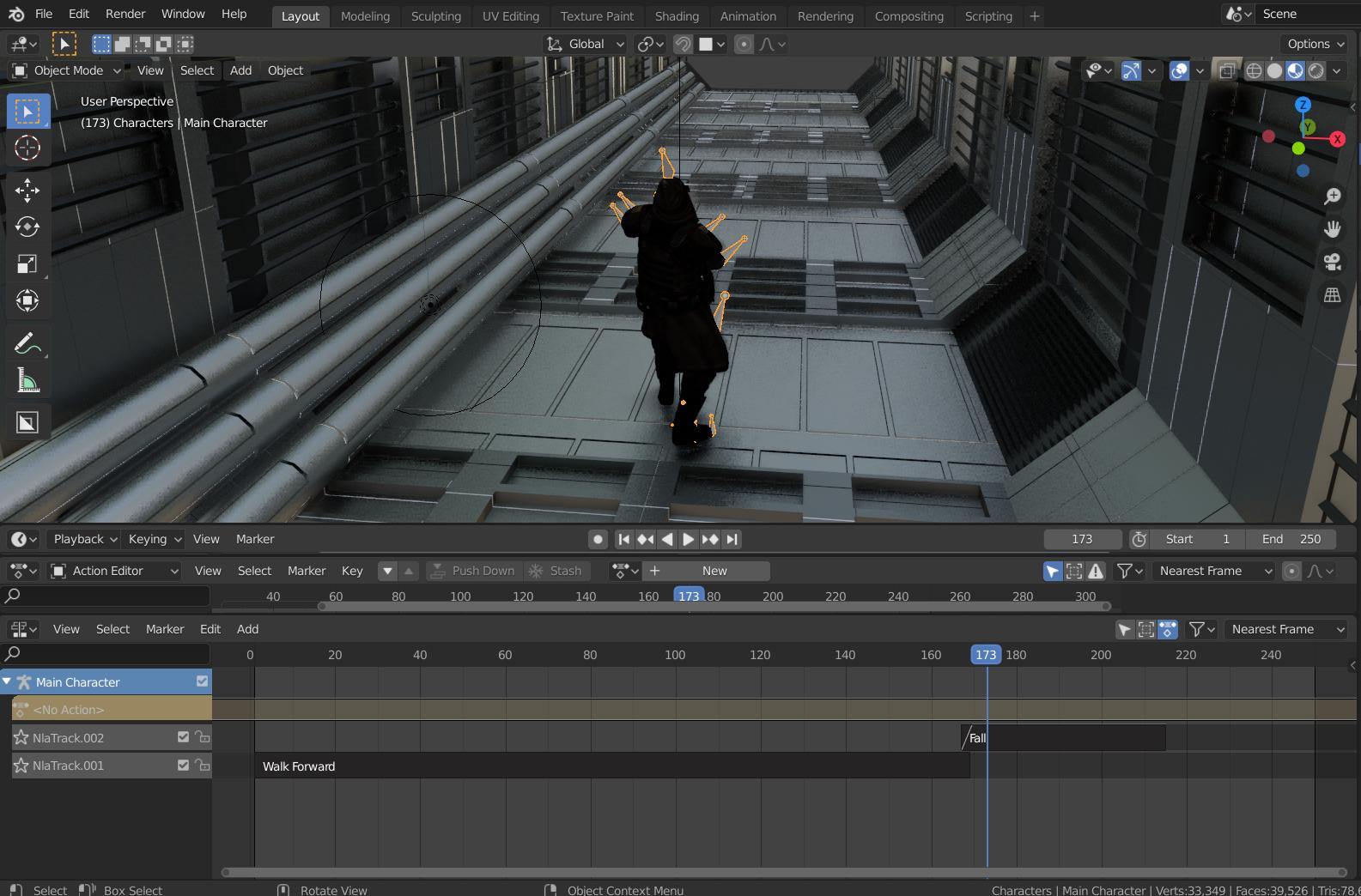 Character when the falling animation starts

I've had a simmilar problem. While by all means I'm not a Blender pro, in my case the problem was simply solved by applying the transform.

Have you tried it?

I guess the walk is not a walk cycle, in the sense that the bones move away from the armature's origin, he's not walking still like on a treadmill.

Now there's action 2 (whatever it is) that also begin at the armature's origin point.

When you'll transition from action 1 and action 2, you'll see the bones jump back to the armature's origin. Blender has no reason to make the bones in action begin where they end in action 1. Only their local position (the relative to the origin) count. 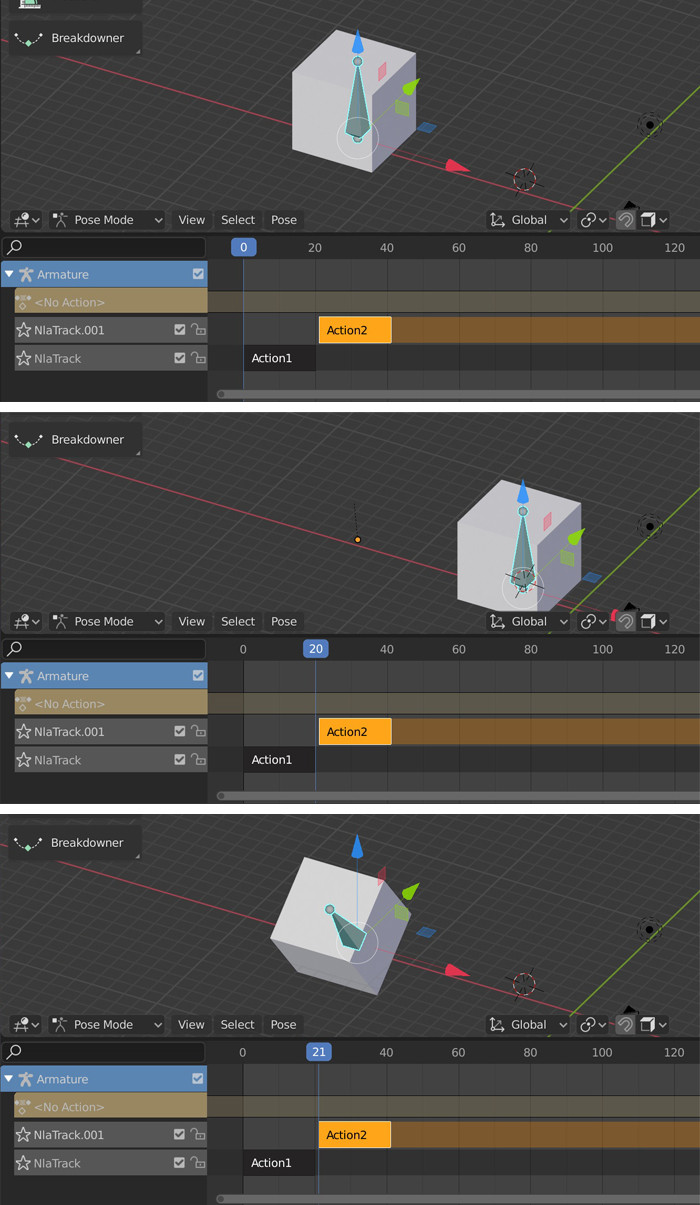 So you have several solutions:

1
How can I fix a distorted character mesh?
0
Model flies away from origin in edit mode, animation, etc