How to Tweak Dragon Scales Scaling from a Particle Emitter

I'm working on a dragon and want to use a particle emitter to put scales on it (emitting one scale from each vertex, big thanks to Mr. Blaquart for that suggestion!). Does anyone know of a technique to scale up or down the individual emitted scales based on where they are on the dragon's body? For example, I need smaller scales near the end of the tail but larger scales near the chest.

Ideally, I'd like to be able to do something like set some per-vertex data that scales the emitted object from that vertex (which I could then adjust via proportional edits to get a smooth transition between sizes of scales). I've played around with applying the particle system so that each scale is its own object and then manually scaling batches of them with proportional edit in object mode, but that method won't work as well once I have non-scale dragon parts in the scene.

Anyway, here's a screenshot with a small bit of the dragon (that I've been using for tests) to show what I'm doing (and where I'm running into problems; as the tail gets narrower, the scales clip through each other and lose visual definition). On the right is the full particle system, and on the left is that same bit in edit mode so that you can see the vertices: 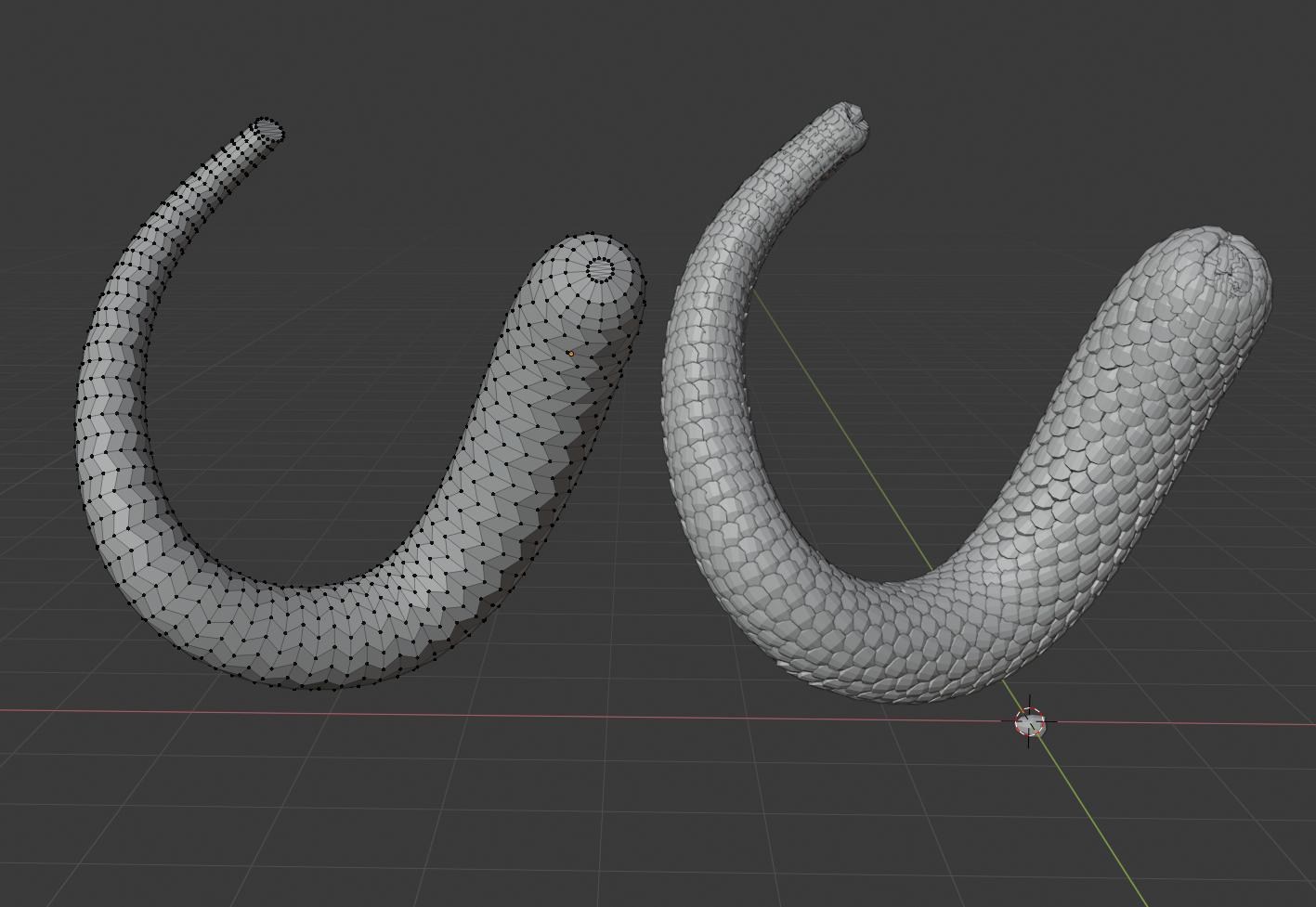 I really appreciate any help or clever ideas you folks can provide!

Define a vertex group on your particle emitter, the tail, and use weight paint to make the part with larger scales stronger (red) and smaller scales weaker (blue). In your particle settings under "Vertex Groups" there is a field called "Length". Add the vertex group you just created to that. Now, the scales should be larger where the weight is high and shorter where the weight is low.

Hope that helps and answers your question.

13
Make animated particle object start animation from the beginning when emitted?
3
Non-Random Particle Emission from all vertices
0
How to emit hair particles according to the normal of the emitter face?
6
How to bake Particle System in Blender 2.79
0
How to make particle systems of particle systems?
0
Is it possible to render the object 'selection outline', or mimic it in some way, for a particle system?
1
Particles Emit from Collection instead of particle emitter