How do I know the number of polygons after adding a subdivision surface modifier without applying it?

How do I know the number of the polygons after adding a subdivision surface modifier without applying it? I have the number of poly after applying.

This info, blatantly taken from the old manual page, gives you a clear idea on what to expect when subsurfing.

EDIT: Unfortunately the link to the old manual is gone

it was worth reading the whole page specially the Performance considerations.

From the new manual:

Higher levels of subdivisions mean more vertices, and more vertices means more memory will be used (both video memory for display, and system RAM for rendering). Blender could potentially crash or hang if you do not have enough memory.

When using high levels of subdivision with a graphics card that has a low total amount of Vram, some parts of the geometry will disappear visually. Your mesh will actually be OK, because the render is generated using your Object Data, (even though it cannot be shown by your graphics card).

The number of faces (polygons) is displayed in the Info Header at the top.

After adding a Subsurf Modifier it has 96 faces (2 subdivisions:

In a complex scene with multiple objects you would need switch to Edit Mode or move the object to an unused layer M to see only the number of faces for a particular object.

Before applying the modifier it is also a good idea to change toWireframe display mode to get an impression of how dense the mesh actually is.

The subdivision divides a face into four faces (per level) as mesh subdivision would do. Here an example with algorithm Simple because it appears more obviously. 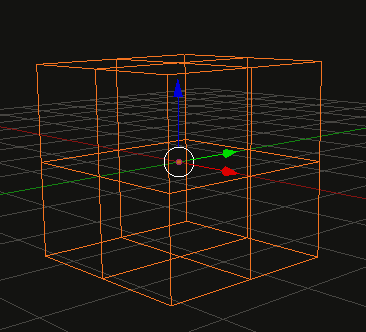 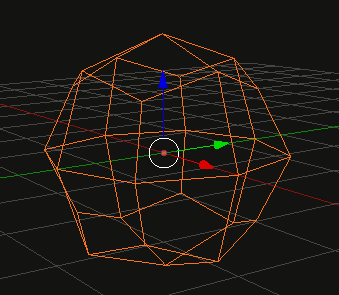 it doesn't cover triangles and n-gons. For a more detailed describtion see:

It provides formulas based on the number of vetices which seem to be more accurate.

8
Cycles render, noisy even when using a high number of samples
7
Is it possible to use a displacement map without having real geometry?
3
GPU Compute (CUDA) Frequently Crashes Computer
1
Help with "Cuda Error: Out of memory"
1
Blender is running slow
0
Blender crashes when selecting object and I can't leave object mode
1
Joined objects causes program to slow down in blender
2
Putting the texture on the object / Displace Modifier
1
Computer is laggy when editing with Multiresolution
0
PC "not responding" when I use the Subsurf and Bevel modifier at the same time
See more linked questions