When an object is deleted from the scene, is it still present somewhere in the Blender file? For example, I've been playing with physics constraints, so I created and deleted a bunch of cubes. So now even though there are only 2 cubes and one constraint in the 3D Viewport and the Outliner, there are dozens in the object drop-down (only a few fit in the window). 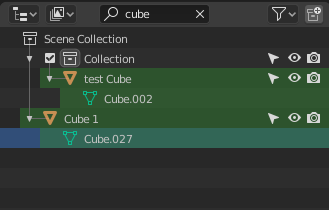 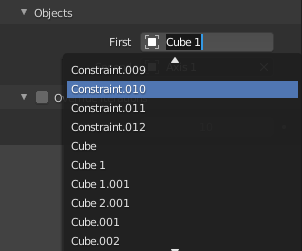 That wouldn't be a problem by itself, but I noticed that the Rigid Bodies behave strangely after creating and deleting objects and constraints. It seems that those "phantom" objects are interfering with the physics engine.

Is this the expected behavior?

You can delete an object's physics and physic related strips still remain in the Dopesheet. Delete these and often quirky behavior returns to normal.

Try purging orphaned data in the Outliner's menu. Select 'Orphaned Data' (think that's what it's called). That will list several items as a rule. Scroll the Outliner's header strip to the right until you see 'Purge'. Keep selecting this until all that's left is 'Brushes'

Not the answer you're looking for? Browse other questions tagged physics outliner or ask your own question.

7
Having rigid bodies sliding off an animated object
14
What is the difference between passive and non-dynamic rigid bodies?
2
Why are some objects visible in the outliner but not in the 3D view?
1
How to make an interactive two-finger robot gripper and grab things with it?
0
Active rigid body objects fall through other passive rigid body objects
0
Modify Boid collision distance with hard boundary - v2.80