In which direction should bone axes be oriented?

A total noob here I'm afraid. I've followed a couple tutorials in order to create a human mesh and set up an armature, however I've hit a roadblock with bone-rolling.

How should I orient the bones' axes so that I can successfully paste an x-flipped pose? I think I got the legs and spine working, but I have no idea which way the axes should be for the arms. I've messed around with the Ctrl+N bone-rolling option to align the bones in various directions, but I'm not sure what end result I should be looking for and none of what I've tried seems to work.

Here's an upload of the file: http://www.fast-files.com/getfile.aspx?file=78626

UPDATE: Problem fixed! Thank you for your helpful responses. Turns out I had a key issue of the opposite arm IK bone I was testing being named slightly wrong. facepalm But once I was clear on how the axes should be oriented and confident I had it right it was a lot easier to see what the real problem was. Many thanks!!

In Blender the Bone's local Y-axis always runs along the bone's longitudinal axis (from head to tail). I believe this convention comes from the definition of the bvh format.

Regarding the orientation of the local x and z axes a typical approach seems to be to to orient all bone's local x axes along the global x axis. However this does only work for bones which have their local Y axis oriented mostly along the global Z-axis.

So this general rule does no longer work when you have a character that is in T-Pose for example. In that case i found that a common approach is to orient the local z axis along the global z axis.

I have made my own convenience rule of thumb out of this: 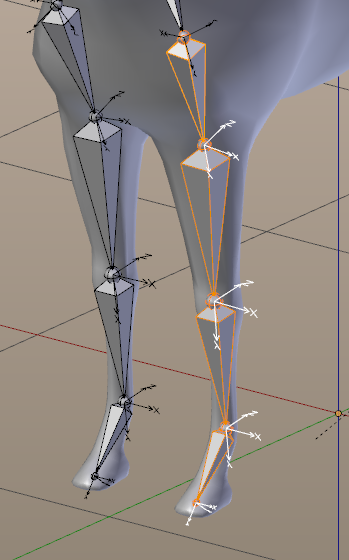 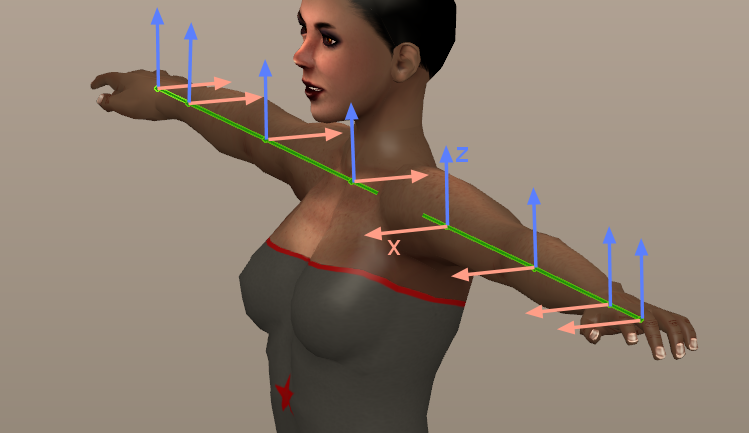 These rules of thumb worked for me in most cases so far. The only wonky situations are where a bone is half vertical half horizontal. I think i then used the same orientation as the other bones of the limb have.

The bones should be oriented along the y-axis (I think this is rather a convention than a requirement). The x and z-axis should be consistently point to one (normal) direction. This allows easy setup of constraints like Copy Rotation when it comes to bend fingers etc. 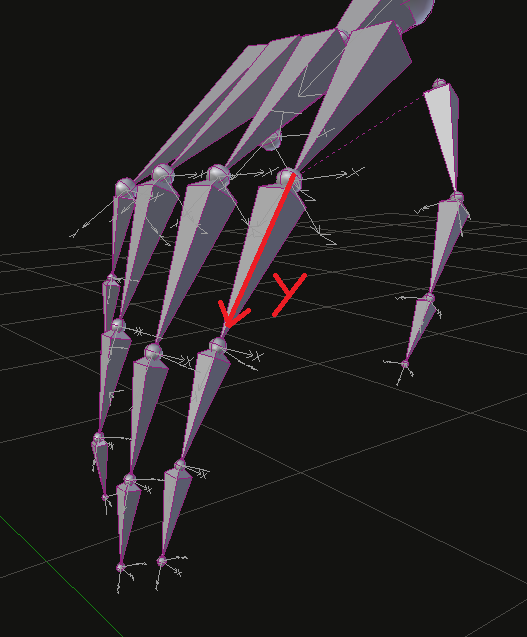 Not the answer you're looking for? Browse other questions tagged rigging bones or ask your own question.

3
Rigging and bone orientation
4
Change bone axis orientation
1
What should the Roll of each bone be?
1
Exporting Animation without IK targets, poles bones and other controls
0
Mesh deforms after automatic weights (IK and pole vector)
2
Child bone moving parent bone?
0
How to move vertices upwards while bone rotates