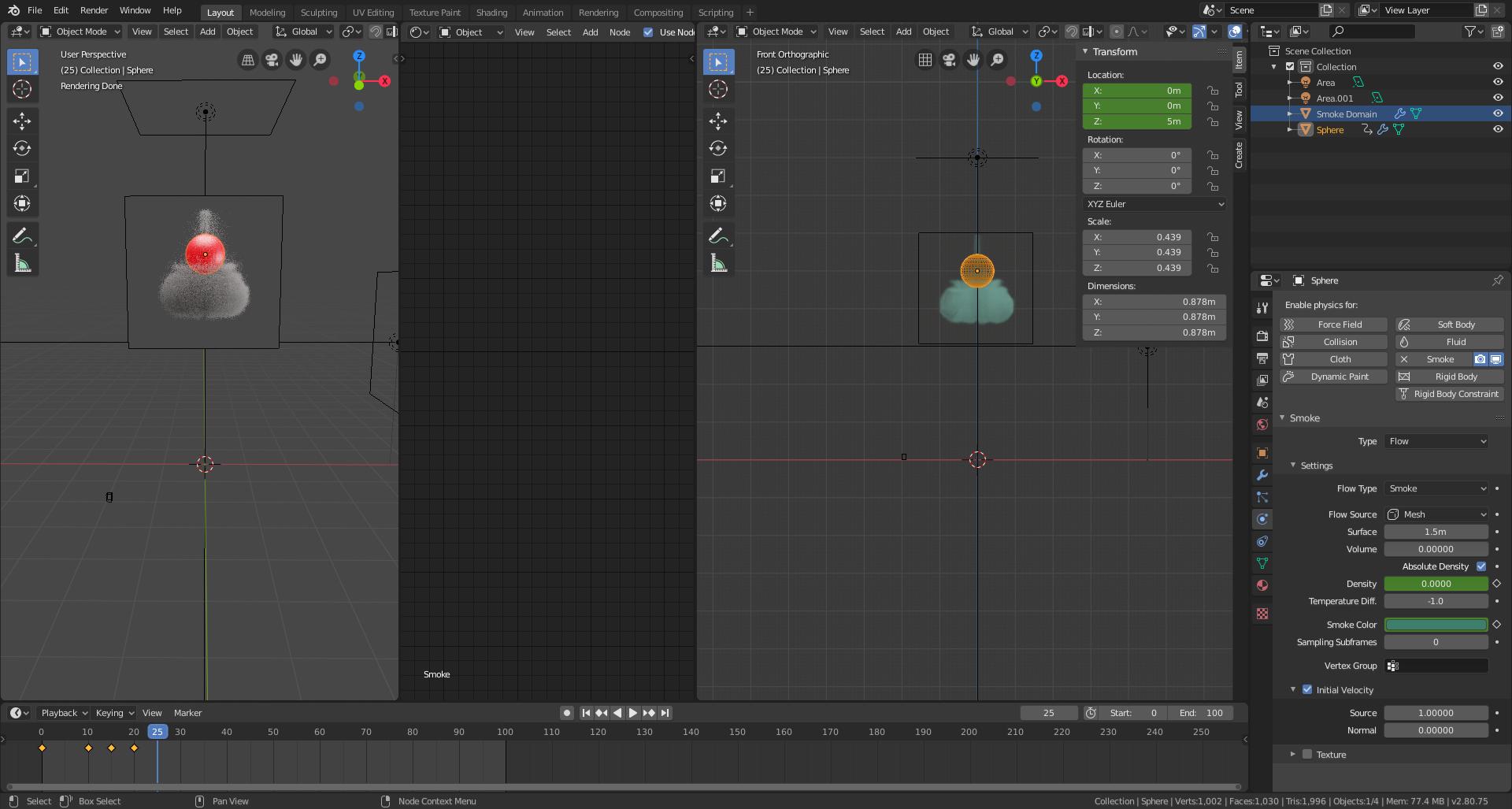 I was following a tutorial by Remington on Youtube [Smoke Fluid][2], I followed it exactly step by step with out changing anything. The only difference was that he was using Blender 2.79 and I am using 2.80.

The problem that I faced was that when I was previewing the smoke animation in Cycles view it wouldn't render the smoke color transition, I even tried sticking to one color but as you can see from the image above that I was unsuccessful. I have no idea why this isn't working, I tried changing the color by selecting the domain and then going into the shader editor but then the transition of color would not appear instead it would just switch to another color.

If anyone can troubleshoot this and help me I would really appreciate it.

Attached the blend file as well.

Browse other questions tagged rendering blender-internal-render-engine or ask your own question.