I'm trying to model an object with a curvature, smoothen the curvature and turn it into a triangular grid. My current attempt is to triangulate, wireframe and then subdivide the object: 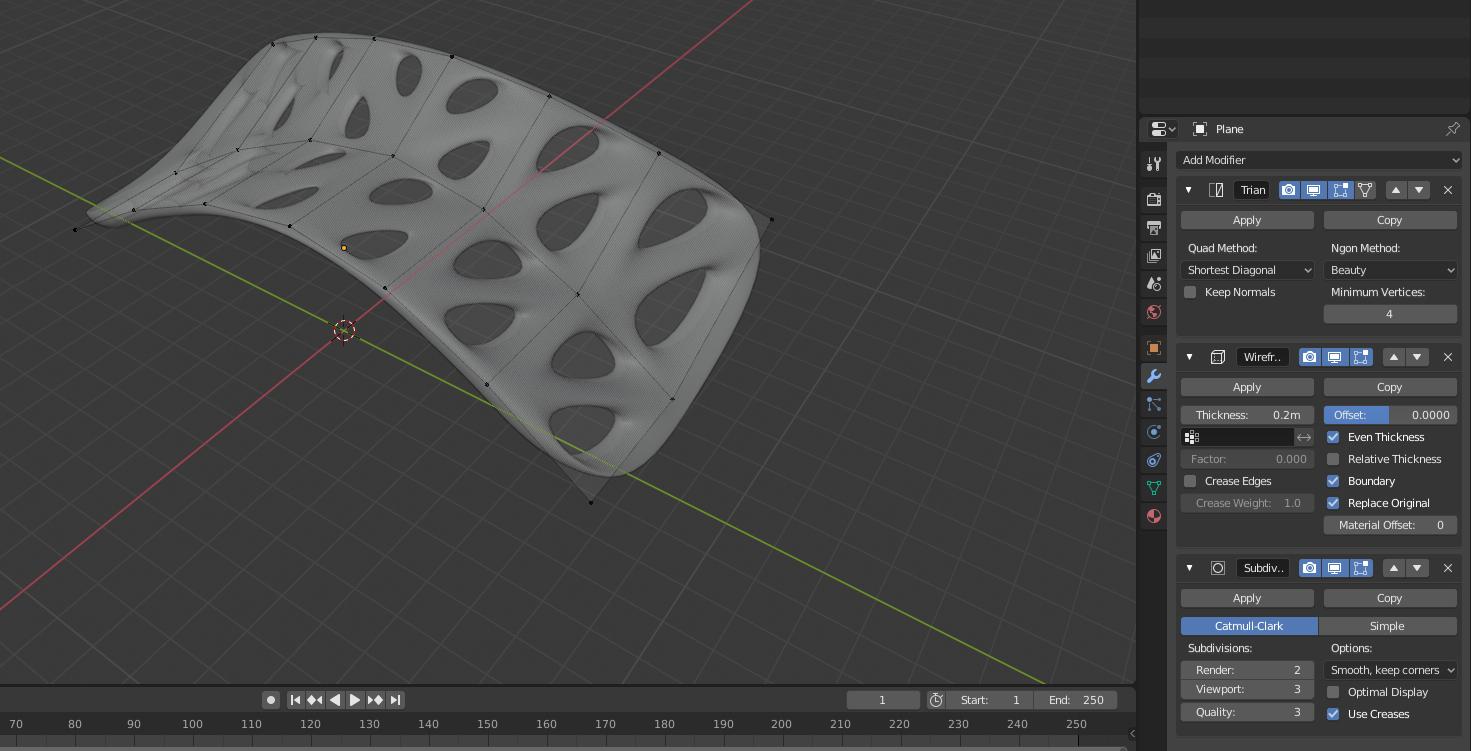 Unfortunately, the subsurf must be applied after wireframe which means that the curvature of the object itself is not smoothed like I wanted to. Its easy to see the sharp curve in the middle here: 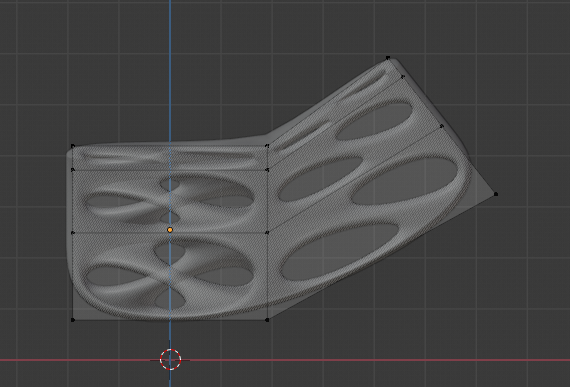 My best attempt so far was to apply triangulation and manually subdivide the relevant edges: 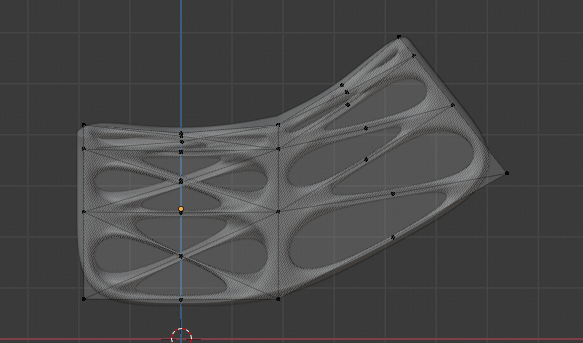 But I need a more efficient way of doing this as the actual model I'm applying this to is much more complex. Additionally, the subdivision introduced artifacts making the wires oddly squashed. Ideally I would like them to be tubular.

Browse other questions tagged edges subdivision-surface wireframe or ask your own question.

1
How to bridge edges without creating a twist?
0
Why do all the faces in my mesh turn into circles when adding a Subsurf modifier?
1
How to select all faces between selected edges
0
How to have round edges when I subdivide with a subsurface modifier?
0
See vertex count of subdivided object before applying modifier
0
subdivide all faces whose area is bigger than 1mm until each face area is smaller than 1mm
0
When filling a gap with a new face edges do not seem to subdivide correctly