I am trying to render out bump map images to be used a image sequence bump map to simulate ripples on the surface of water from drops as per this tutorial.

In short using a dynamic paint wave type canvas which is a plane getting hit by rain particles. The bump map images are renders of the plane with the greyscale based on the dot product of the normal as it deforms.

Everything works in general for me trying this method but the problem that ruins the effect is colour noise in the rendered image, such that the general background grey colour of the deforming plane has a few very minor colour variations. It is not visually perceivable in the grey colours but in GIMP using the colour sampler I can see there is very light noise across the image. When the rendered image is used as the input in a bump node, which itself is the input to a gloss node, the noise ruins the effect.

The following pictures show the noise in the bump and the final render result. Note that I edited the bump map image by cleaning up one circular area to show how I would like the image to be in all parts that are not ripples. 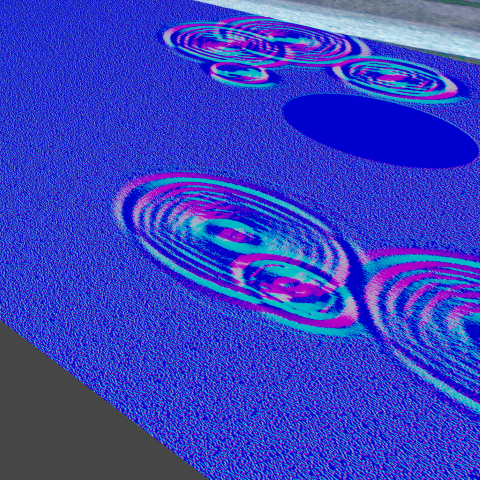 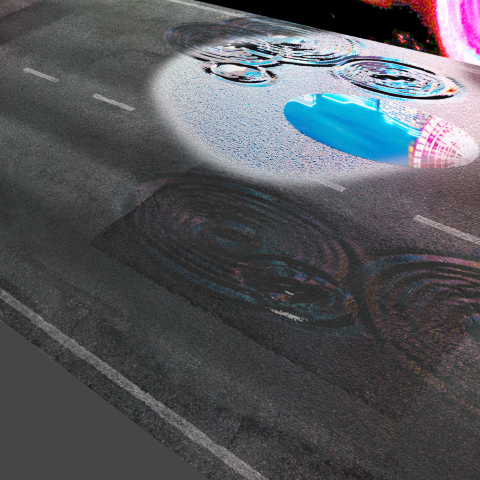 Is there any way to render the bump map images without the colour noise? I tried many tests with different rendering settings to just simply render a default plane with the most basic flat lighting or no lighting etc but even that I always found the colour was never purely flat. Also I tried compositing solutions but I am not experienced with that and also had so luck.

p.s. I know this method is pretty ridiculous in the sense that the scene can just be rendered directly with dynamic paint on the puddle instead of rendering out bump maps and then using them as an image sequence but was still interested to make it work, and also potentially use this method to generate animated texture sequences for a game.