How to model neck ruff (clothing)? 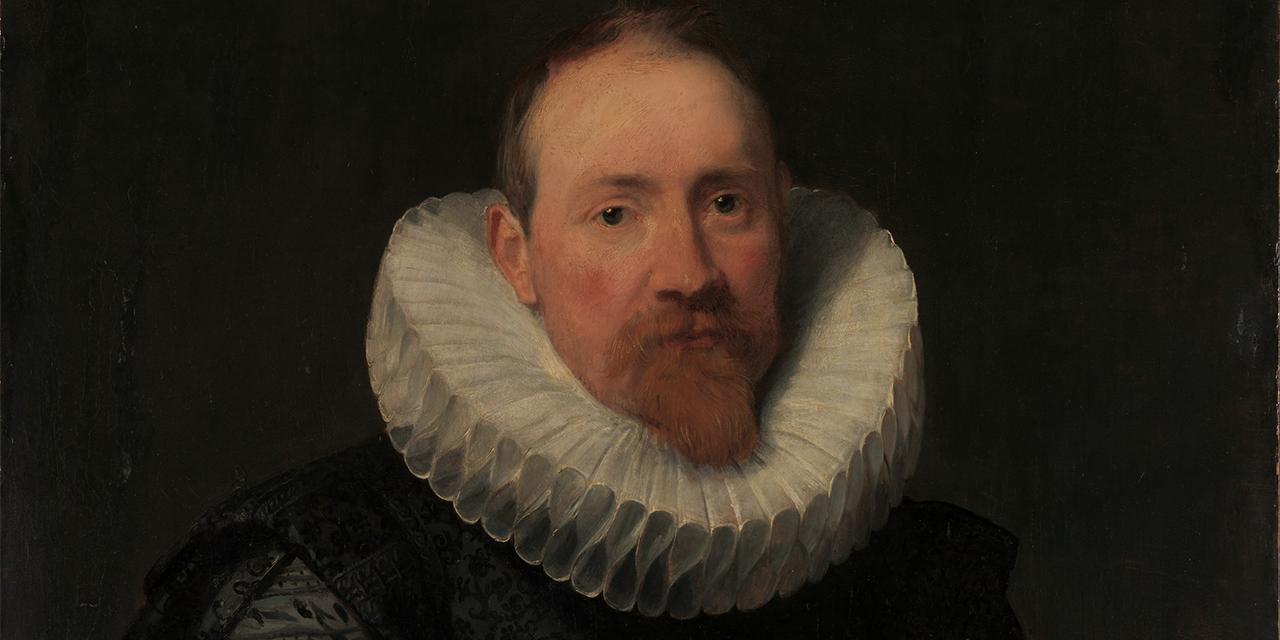 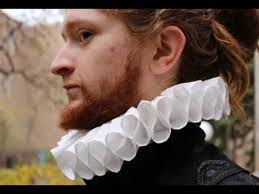 I think there are 2 different questions, modeling and cloth.

About modelling: You can create a basic profile, then give your object an Array modifier, then a Simple Deform modifier (Bend mode, Angle 360°). Extrude inwards, then give it a Solidify modifier. Add some edge loops to sharp the edges, it will also allow you to twist it a bit with Proportional Editing option enabled once you'll have the modifiers applied (but you can also keep the modifiers and deform it with a Mesh Deform modifier).

You don't say a lot about how you want to animate it as a cloth, maybe you should give your object a Surface Deform modifier with a (bit) subdivided plane as object and give this plane a cloth physic. If you create a Pinning Group, the less the vertex will be part of the group the more it will be affected by the gravity. Then parent the collar to the plane. It will be much lighter than if you give the whole object a cloth simulation. Needs to be tested though. 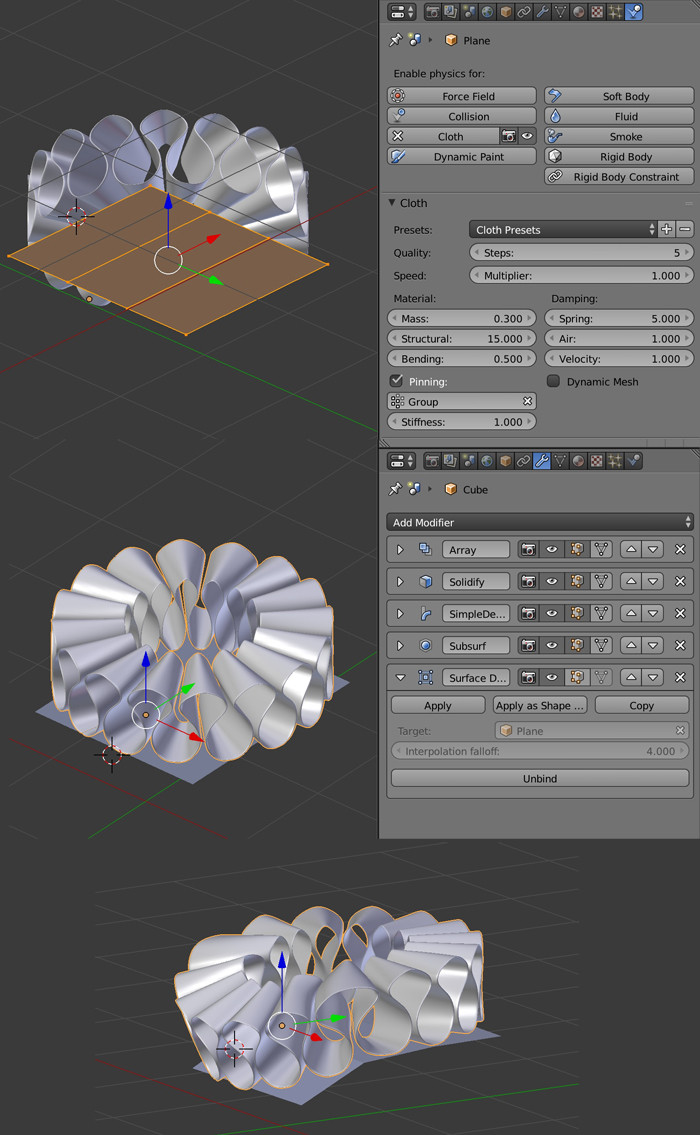 Not the answer you're looking for? Browse other questions tagged modeling editing cloth-simulation or ask your own question.

5
How does the Cloth Stiffness Scaling option work?
2
What's the best way to do clothing in character modelling?
0
Cloth simulation for game engine doesn't get animated despite Shape Keys have been created
1
How to model a dress shirt collar such as the one found in zootopia?