How do I link vertices between two objects?

I know I can link objects by using parent-child relationships, but is there a way to link elements from meshes in two different objects, particularly vertices?

The situation is that I'm working on a terrain object for a game, and I want to separate out the roads for special treatment later on. So created two grid mesh objects, removed all of the faces from each, and I want to use one for the general terrain, and the other for the roads. The grid mesh with the terrain will not duplicate the grid mesh for the roads, and vice versa, except right at the boundary between the two. 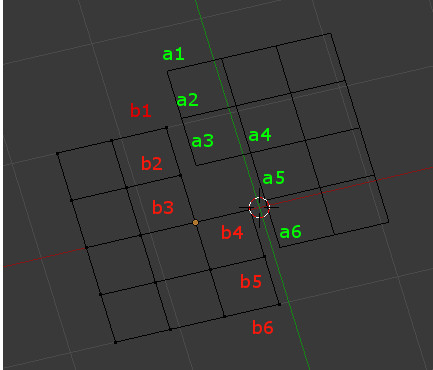 On the bottom grid apply a Shrinkwrap modifier in Project mode and select the upper grid as the target object. 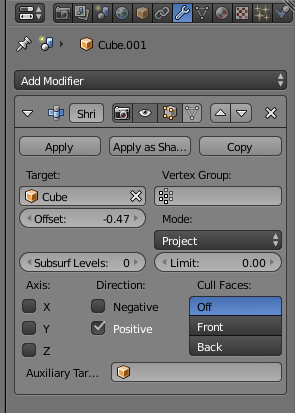 The two meshes will connect. Move the offset value on the modifier so the vertices go back to their original position.

It sometimes happens that things that seem particularly difficult to accomplish in one manner (such as linking vertices between meshes) become much simpler with solutions based upon modifications to the workflow. In the present case, while the first workflow concept was to use two separate objects, one to represent the roads, and the other the terrain, then in the road one, to remove every vertex that was not within a certain distance of the centerline of the road from one object so that one had the roads and a flange, and remove the road vertices from the other.

Considering the problem further, I realized there are two different solutions to the problem possible that do not require linking elements between objects, by creating different meshes within the same object. One method starts with a single "mega-mesh", in which the roads are created on one mesh, and at a later point, boundaries for the road mesh are defined, and selected, and then the selection is converted to a separate mesh later in the process.

The other solution involves creating the roads and the terrain as separate meshes within the same object. Now one can place the 3d cursor at one selected vertex, by snapping cursor to selected, and then after selecting the other vertex, use snap selected to cursor.

Again, later in the workflow the two meshes can be separated to separate objects if desired.

1
Interpolate mesh surface between curves
0
Snap to alignment with other vertices (implicit grid)
4
Is this good practice? Joining two objects after subdivision
2
Project vertices on edges
3
A way to plot properties of vertices (eg height vs distance)?