I've been trying to recreate the effect from the Cinema 4D tutorial below: https://www.youtube.com/watch?v=BPv2HVvQfGo

I'm stuck at 9:55 where he uses the inheritance effector to be able to morph instanced cubes from the first path into the other. Is it possible to do it in Animation Nodes? I've been trying for a few days and I couldn't find a way to do it.

Or maybe there's another way to achieve this effect in Blender? I've tried connecting splines and trimming the bottom one. It works kinda well but the connection is very sharp and I don't know how to smooth only the connection, not the whole shape. 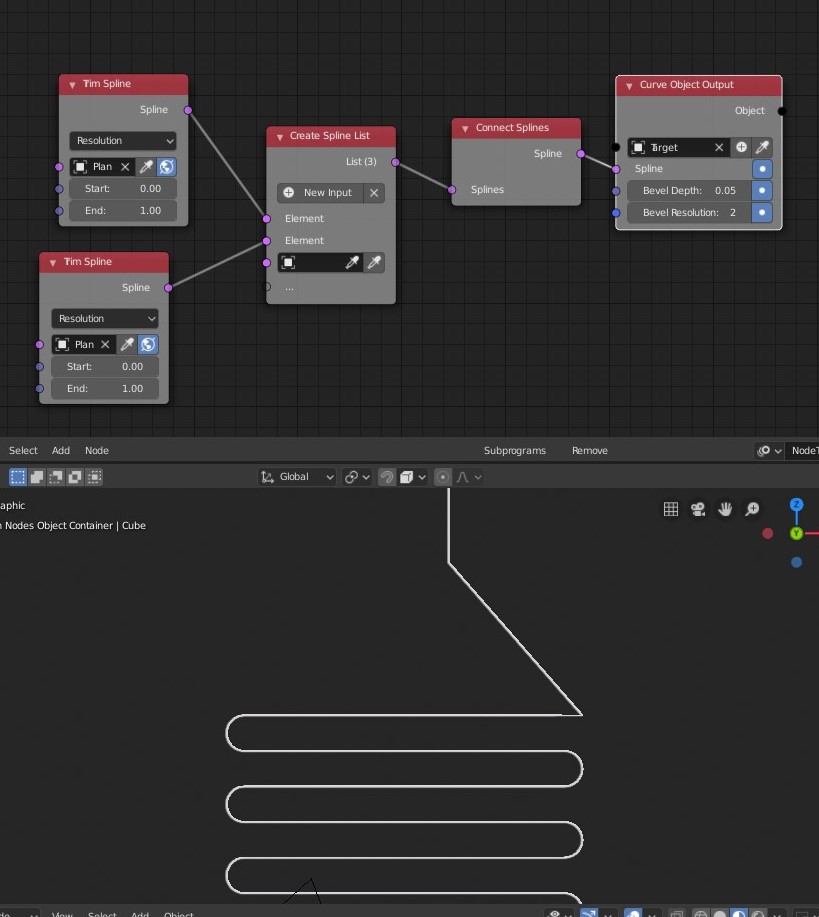 First, I'll show how to morph objects distribution from one curve to another curve then we will use the same node-tree to morph a curve.

Morphing Object-Distributions: 1) First, we have to sample the curves (A and B) which we will use to distribute the objects, both curve's sample-amount should be the same: 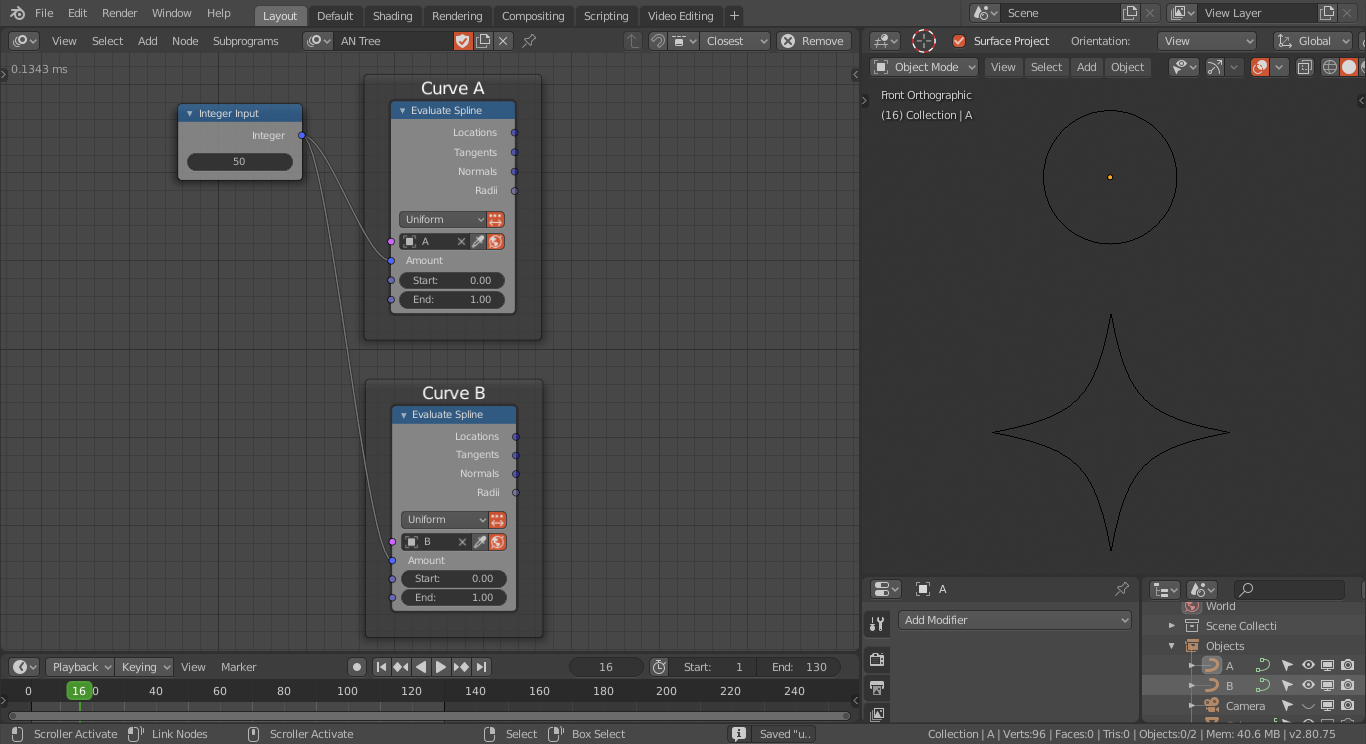 2) Now, we have to mix the locations or vector-lists of both the curves and the mix factor is controlled by the falloff. To do that, we can use the Mix Vector node but for vector-list, we also need a Loop node. However, for better performance, I have made a group-node which do the same job i.e., mix the two vector-lits (A and B):

3) Next step, mix the locations of both curves using the group-node (mentioned in step 2) then use the resultant locations to distribute the objects: 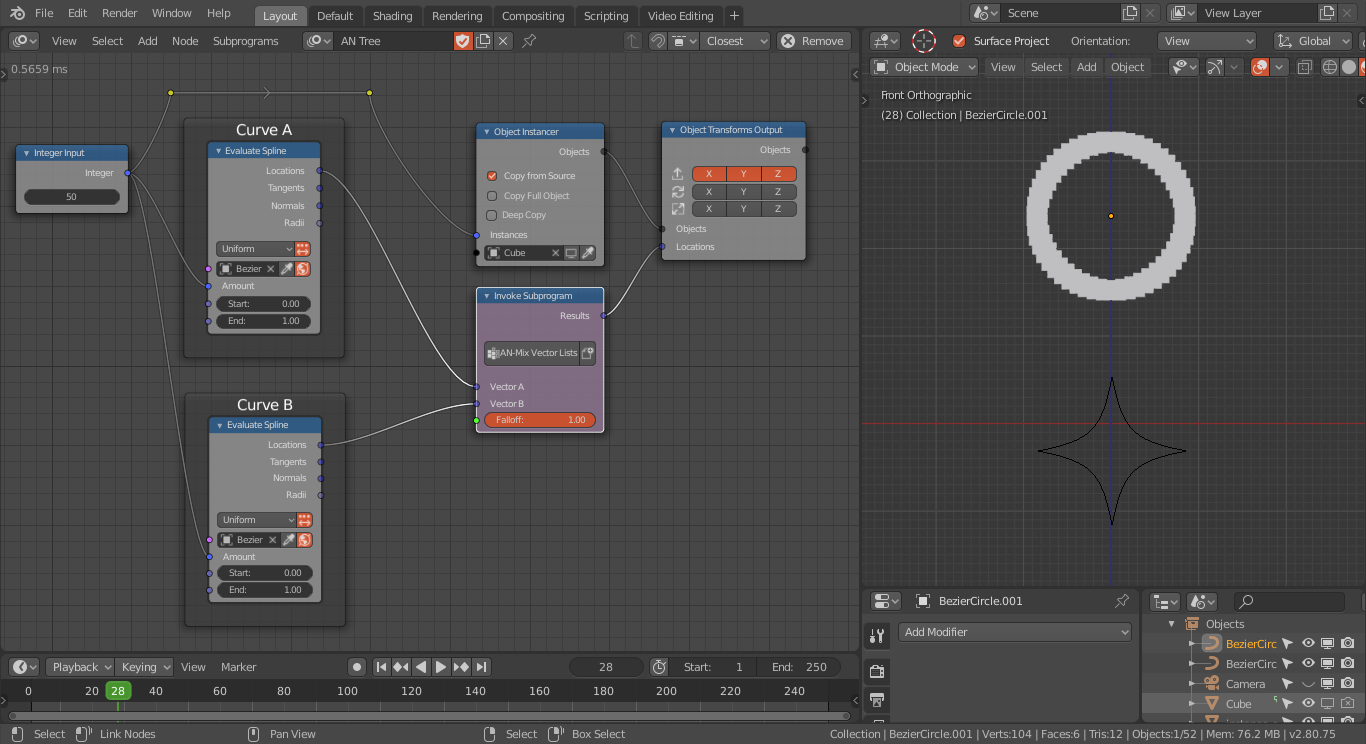 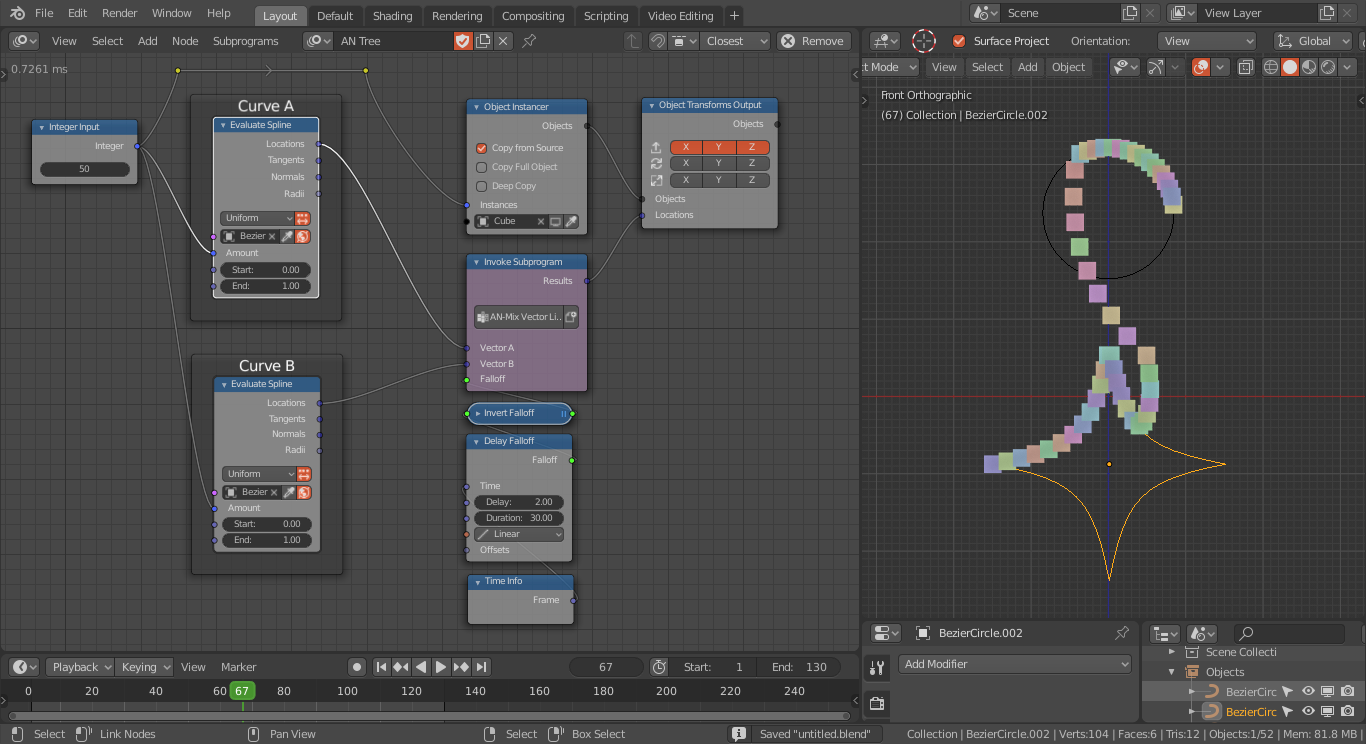 5) And also use the same group-node to mix the other vector-lists, e.g., Tangents of both the curves: 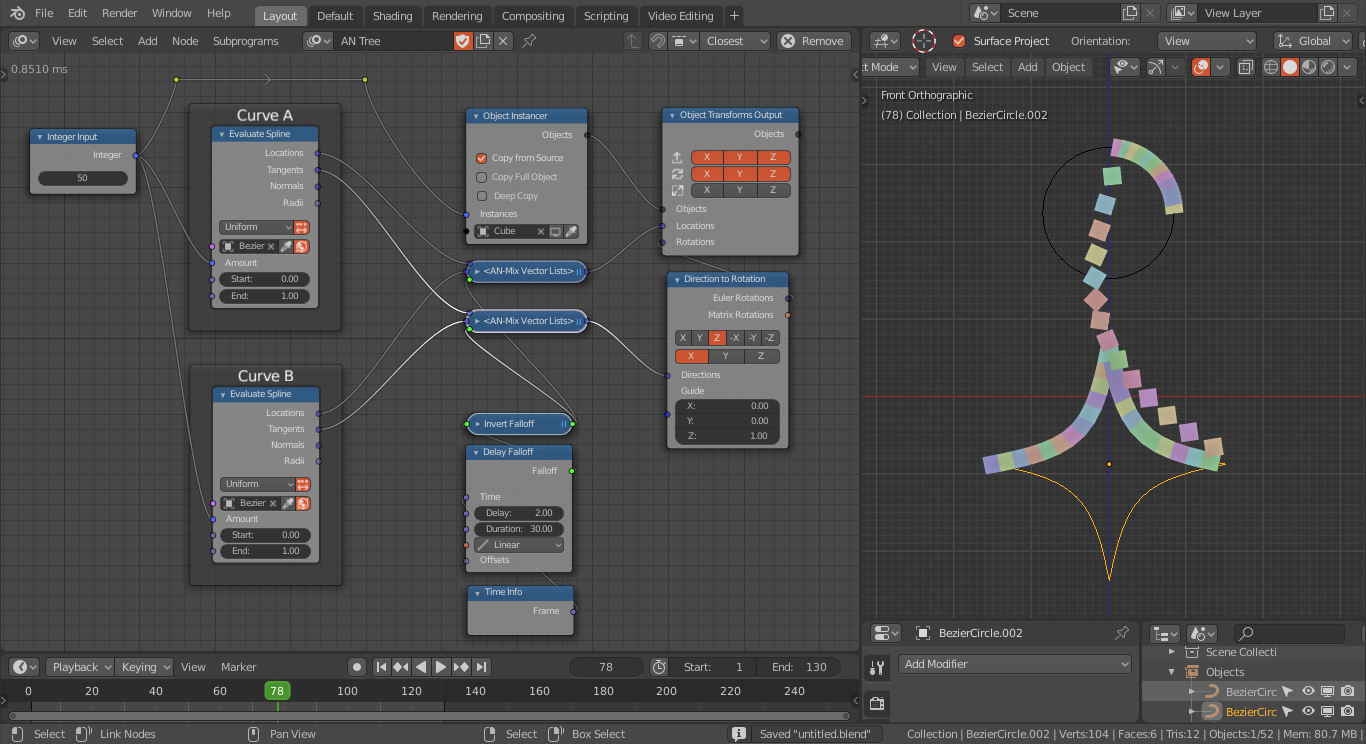 Here is the final node-tree: 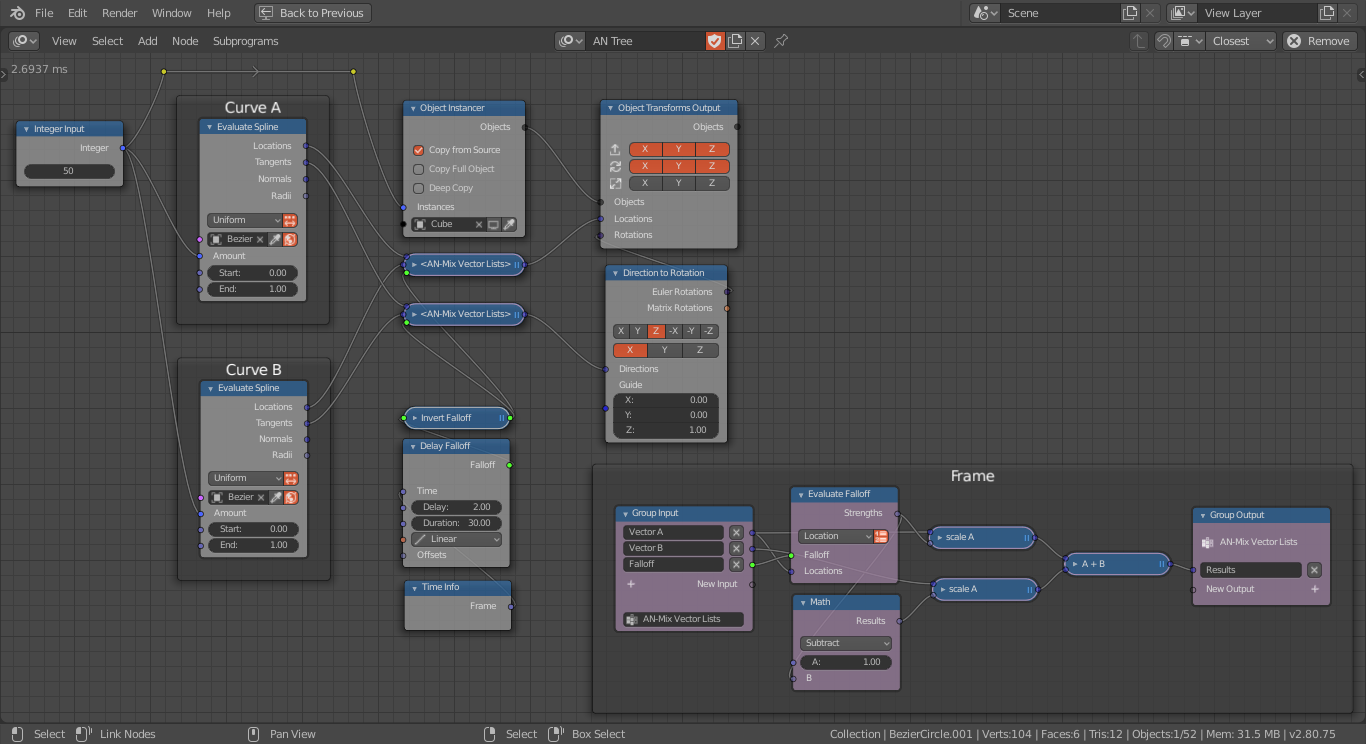 Morphing Curves: We can also use the resultant locations from group-node to create a spline for curve morphing: 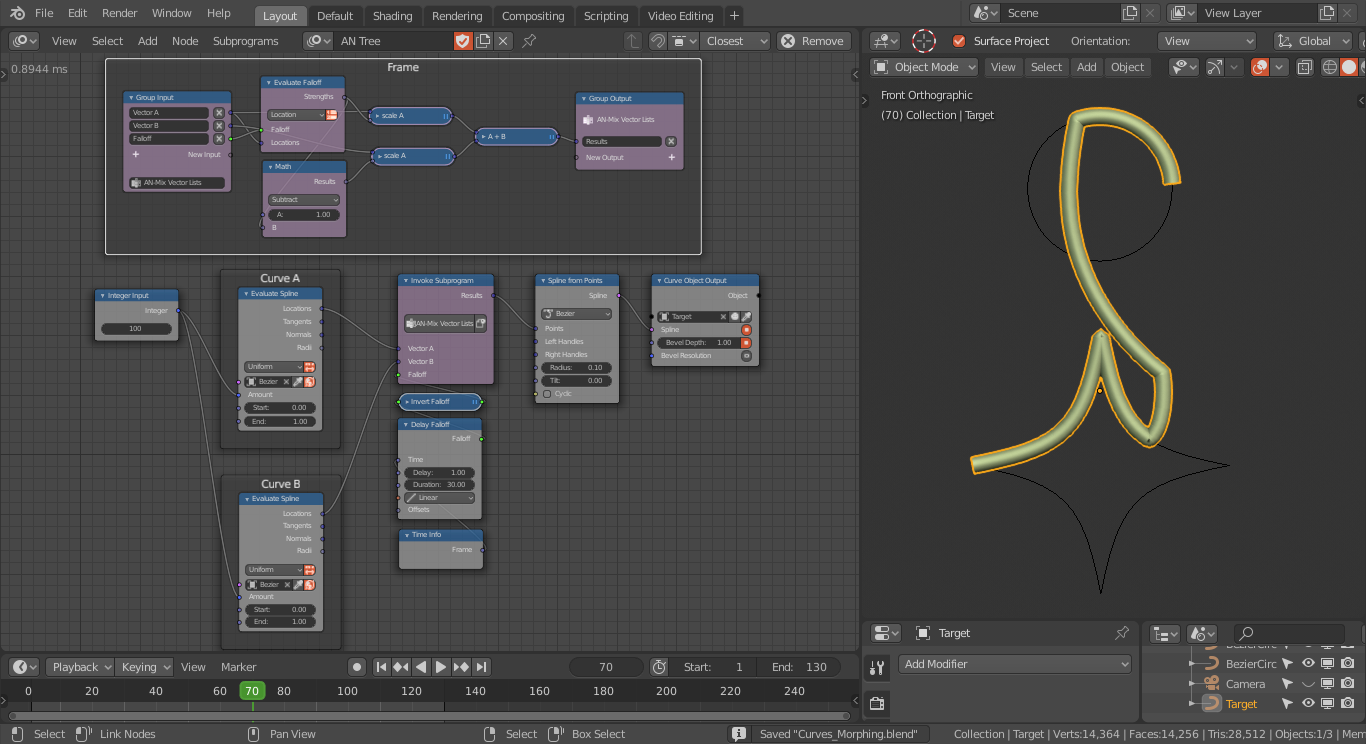 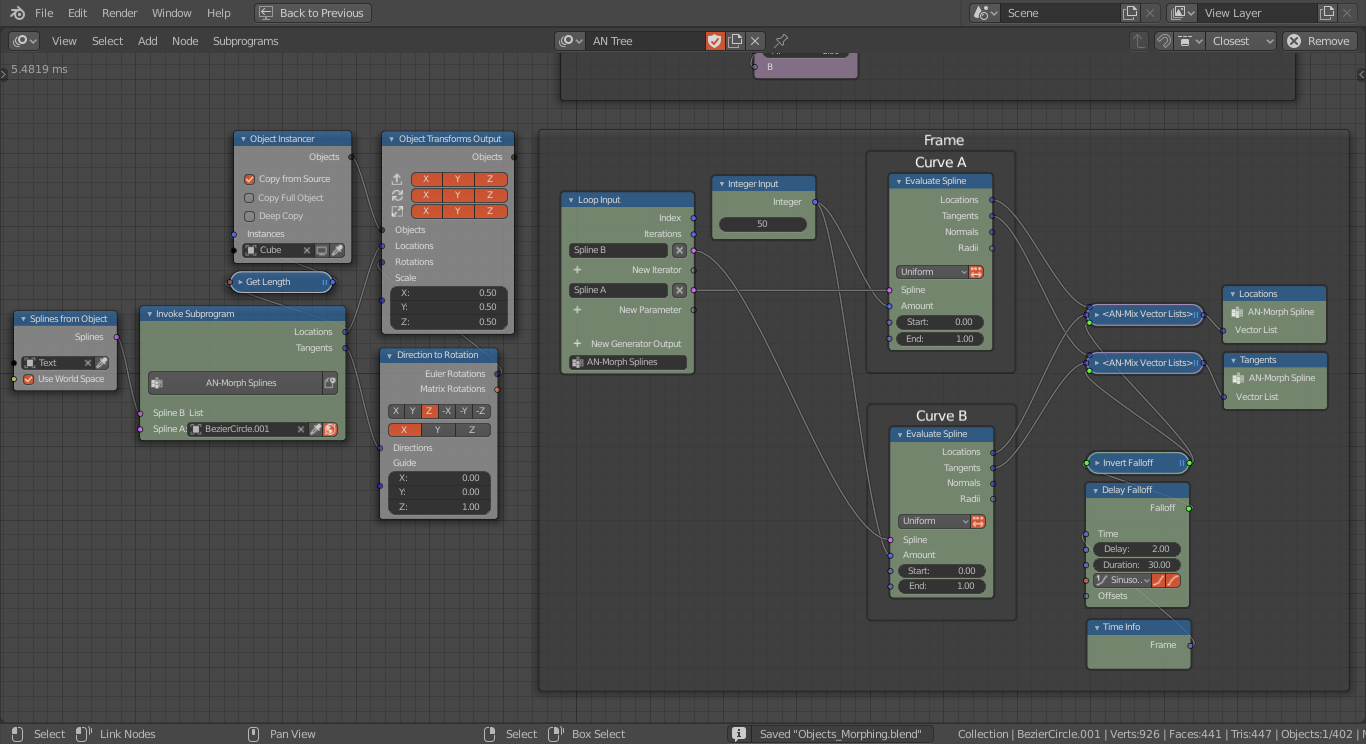 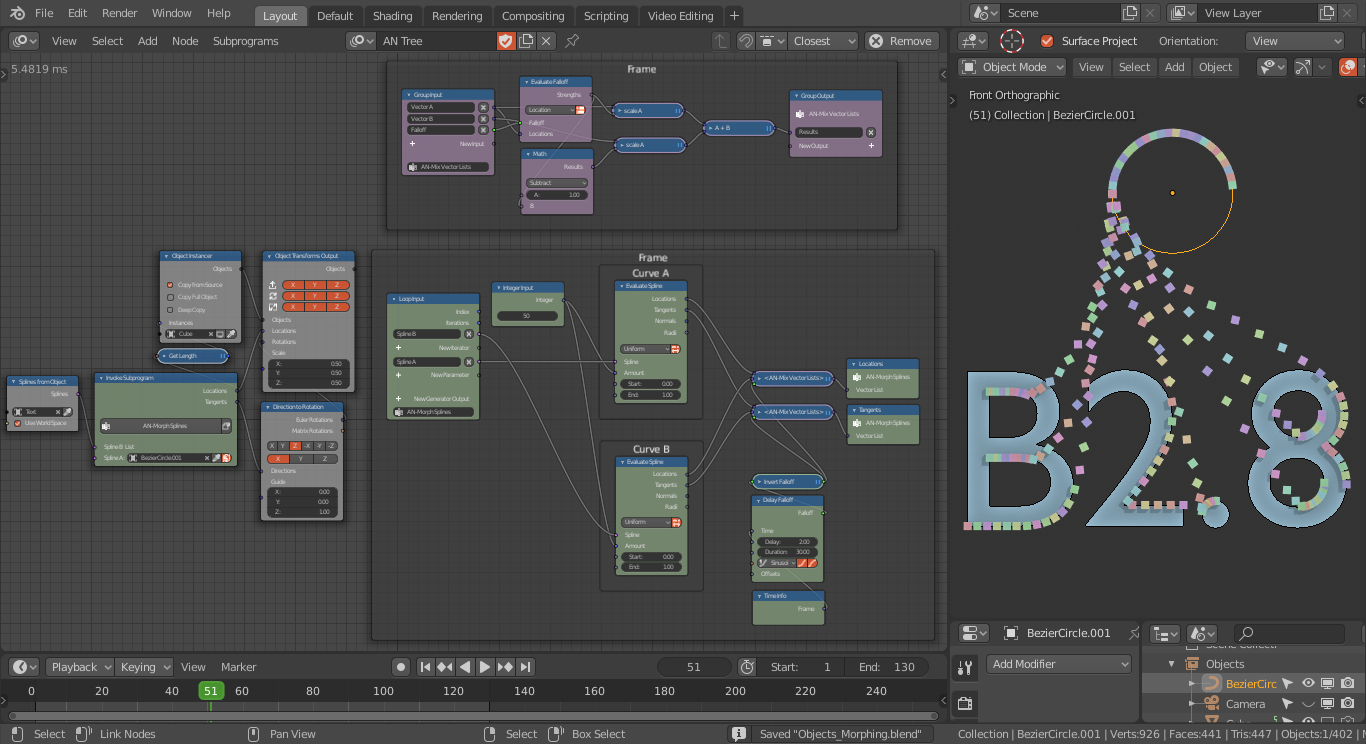 Not the answer you're looking for? Browse other questions tagged animation animation-nodes soft-body splines matrix or ask your own question.

0
It"s possible to morph a spline in multi-spline controling the delay on time?