This should be so simple. I’m trying to create the vestibular organ. 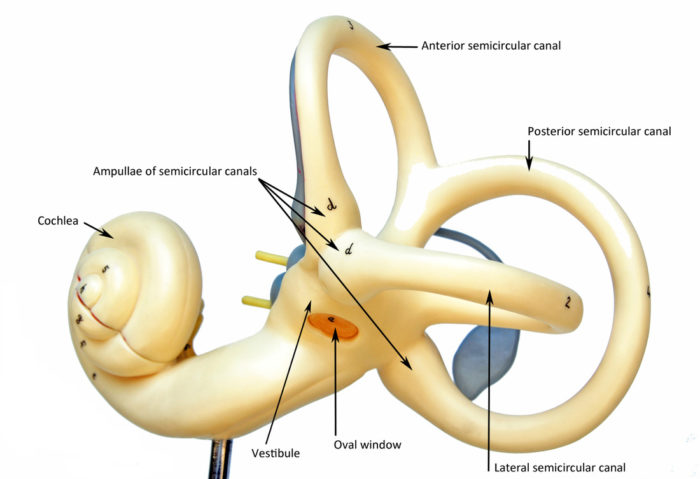 I am trying to connect two 8-faced low-poly pipes. 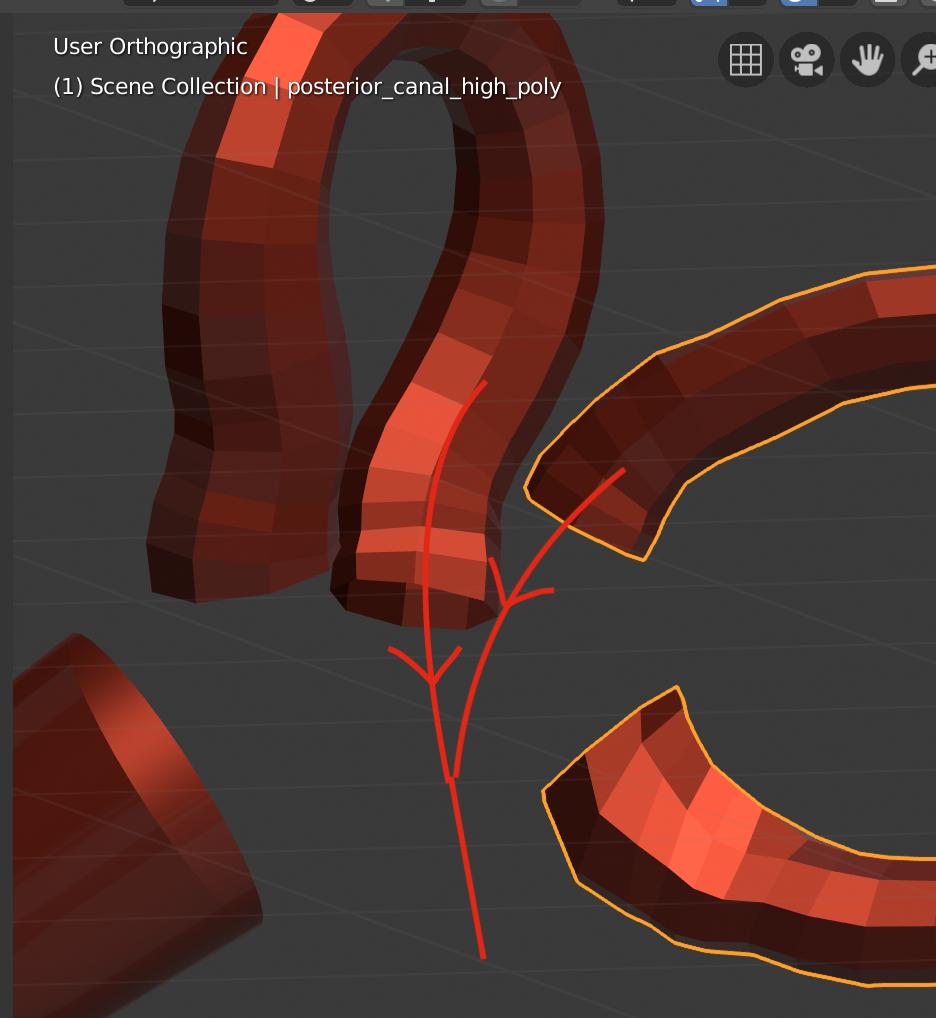 I have tried carefully deleting and connecting the mesh at the base which creates awful geometry and horrible artifacts.

I have tried creating a 16-faced base to connect them to. It became impossible to make the base round and was way off.

I have tried a Boolean Operation but there is a sharp crease that even merging select vertices doesn’t seem to reconcile.

Also, I am in this position because I couldn’t find a way to create this shape. Does anyone know how to wishbone a Bezier Curve that could accomplish the clean split-off in the reference?

I don't have enough reputation to add extra links to my initial answer in response to John's request in comments above, so adding a second answer to do so. Here, I rebuild the same piece, with minor improvements to my first approach:

In response to the request for my workflow in building the last example... I started with two unjoined, Bezier curves (which I converted to Meshes, though you can't see that here):

I deleted the "center" where the T-intersection needs to be built:

I deleted the "extra" bit of center/right-hand-side tubing with L-select: 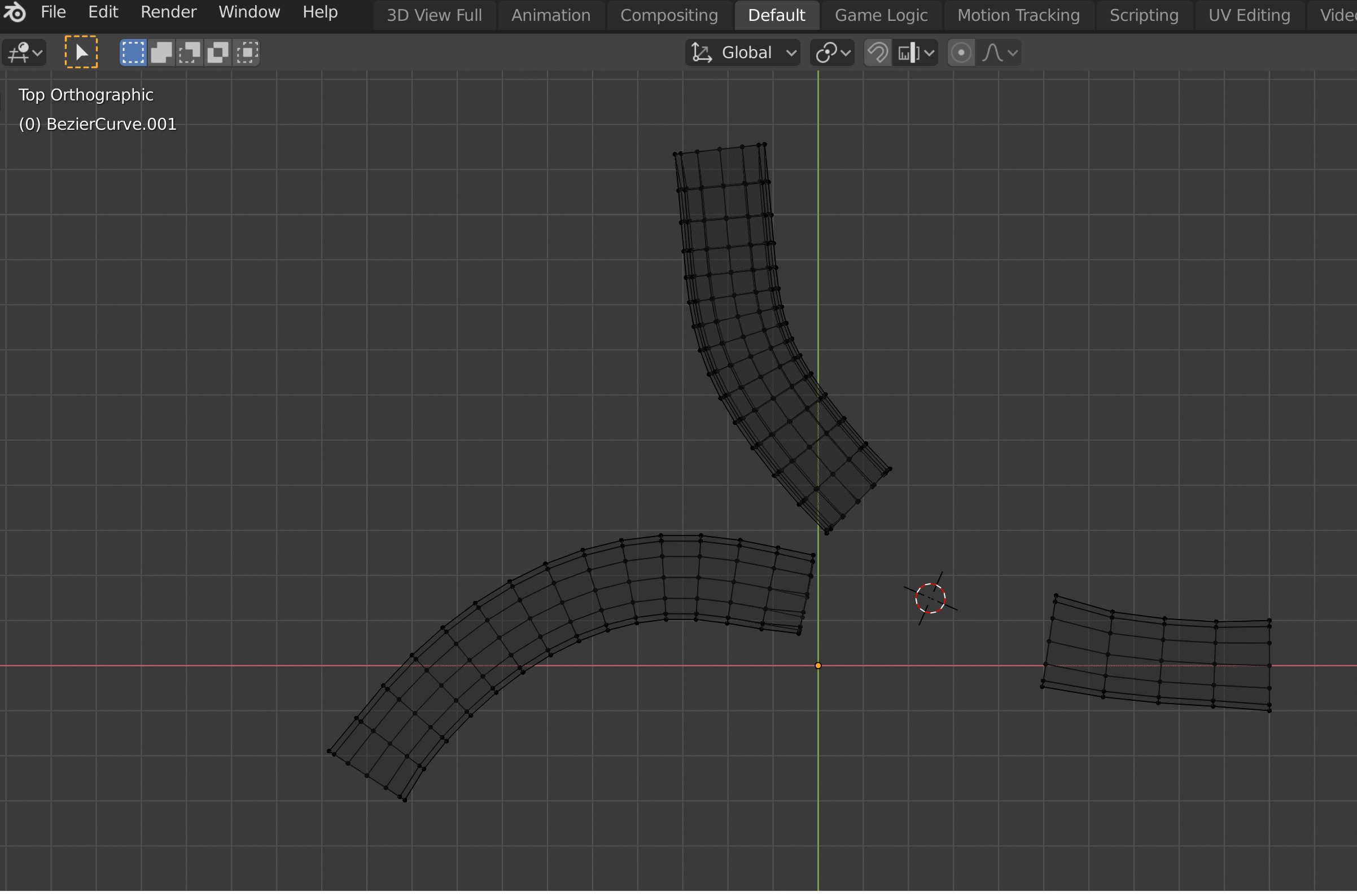 In top view, I added a few extrusions to limit the amount of intersection I would need to build; also, I rotated after each extrusion, still in top view, to maintain the soft angle of the curve. These were extruded with Shift+Z to keep the tubes of identical height: 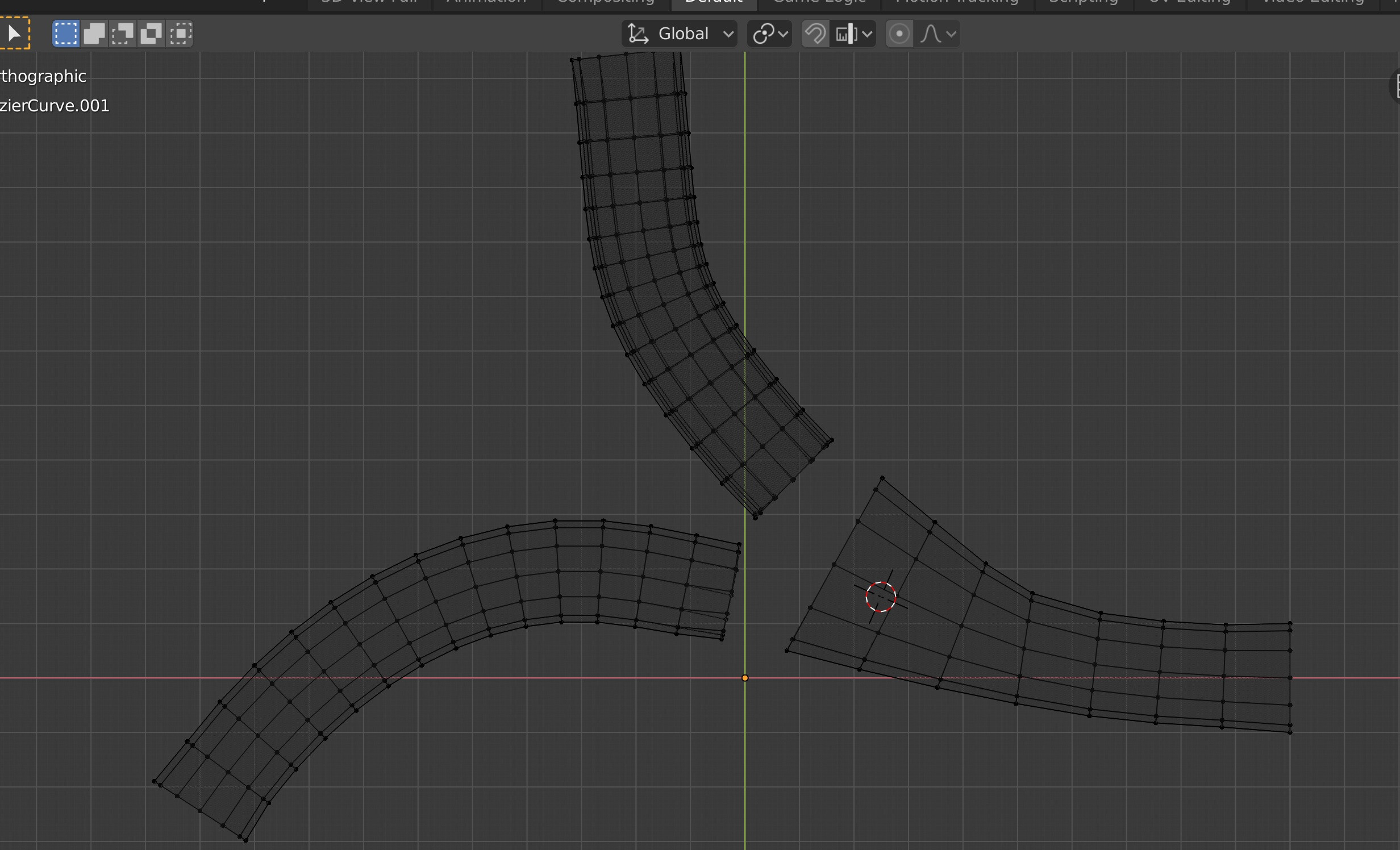 I then added all of the "easy" connecting faces by selecting 2-4 verts as needed and tapping the 'F' key a bunch of times. I did this first on the outside, and then in the middle of the top part of the T-intersection: 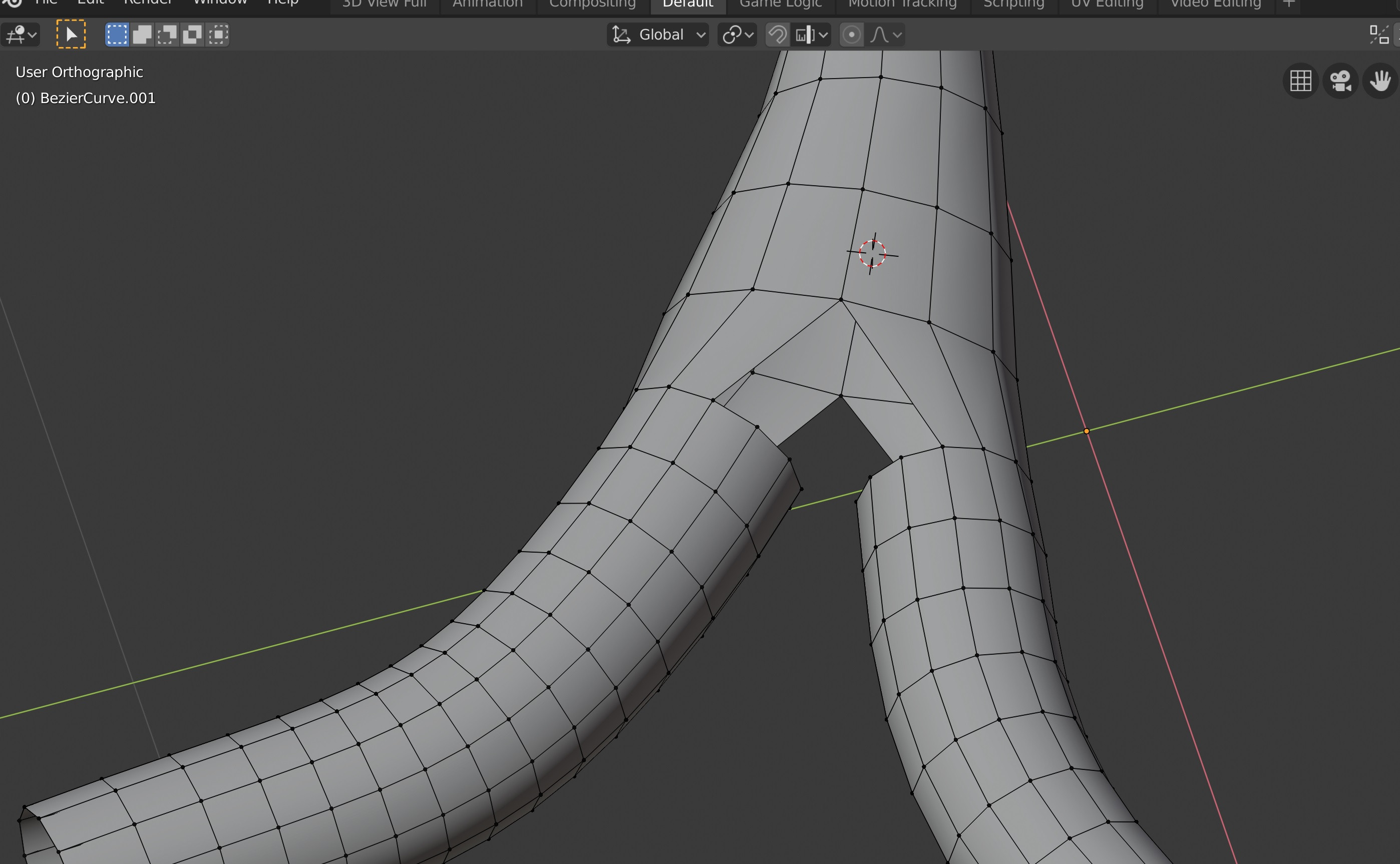 I then loop-selected the verts in the two spaces that were still not covered by faces, and noticed I needed an extra vertex to get nice quads (although perhaps larger/with more extreme angles than I would ideally like; that could be cured with a bit of moving around loop cuts, or maybe using a third Bezier curve for the right-hand-side tubing, with 2 extra cuts running its length...). To get that, I added a loop cut to the middle-of-T-intersection faces, and filled in the remaining gaps with 4 more taps of the 'F' key: 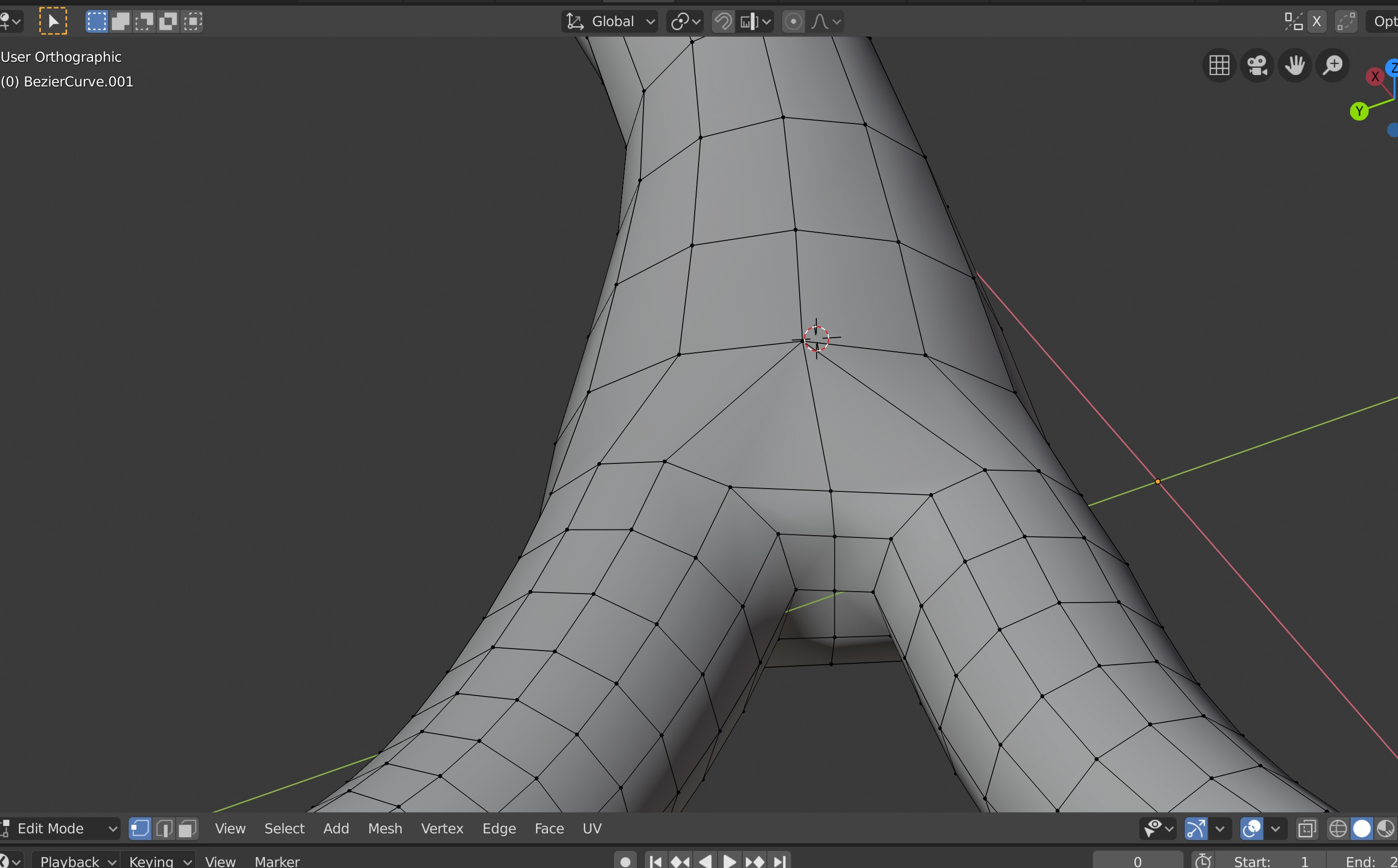 This is a little bit angular-looking in the T-intersection, so I then:

In the original image, I also played around with smoothing different subsets of vertices to get the look to about where I wanted it -- more art than science, there.

Does it need to be a single mesh with nice manifold geometry? If not, two overlapping Bezier curves seems to get pretty close, although the point where they separate is a little more angular than the reference image: 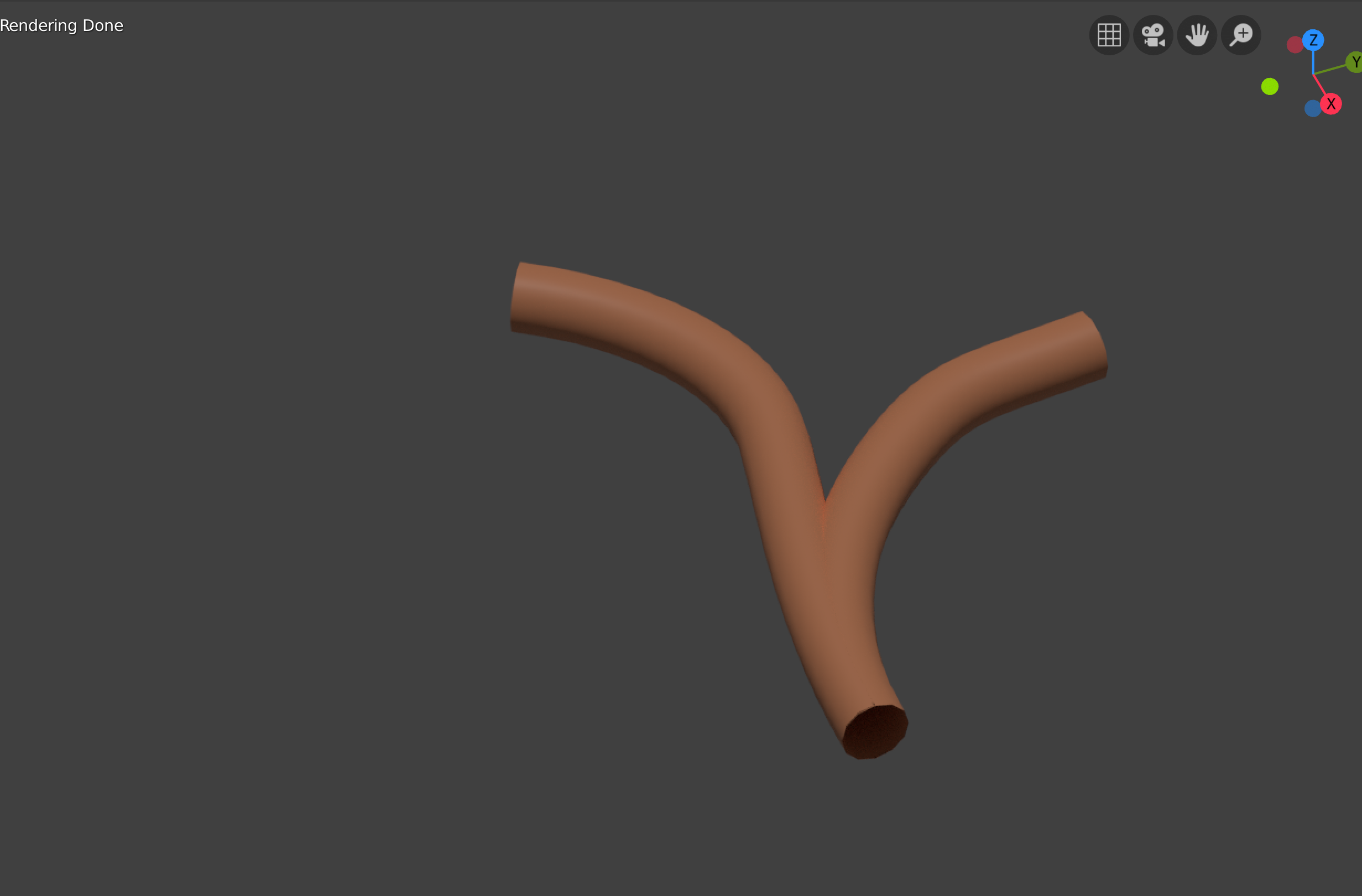 This might also be an interesting place to try metaballs? You'd obviously have to put more work than I did into making them tubular, but just quickly reshaping them and converting to mesh seems to get something you might be able to quickly clean up to serve as the vestibular organ's T-intersection (which you could then connect to Bezier curve tubes that have been converted to meshes, deleting the unneeded parts of the metaball-T-intersection), there: 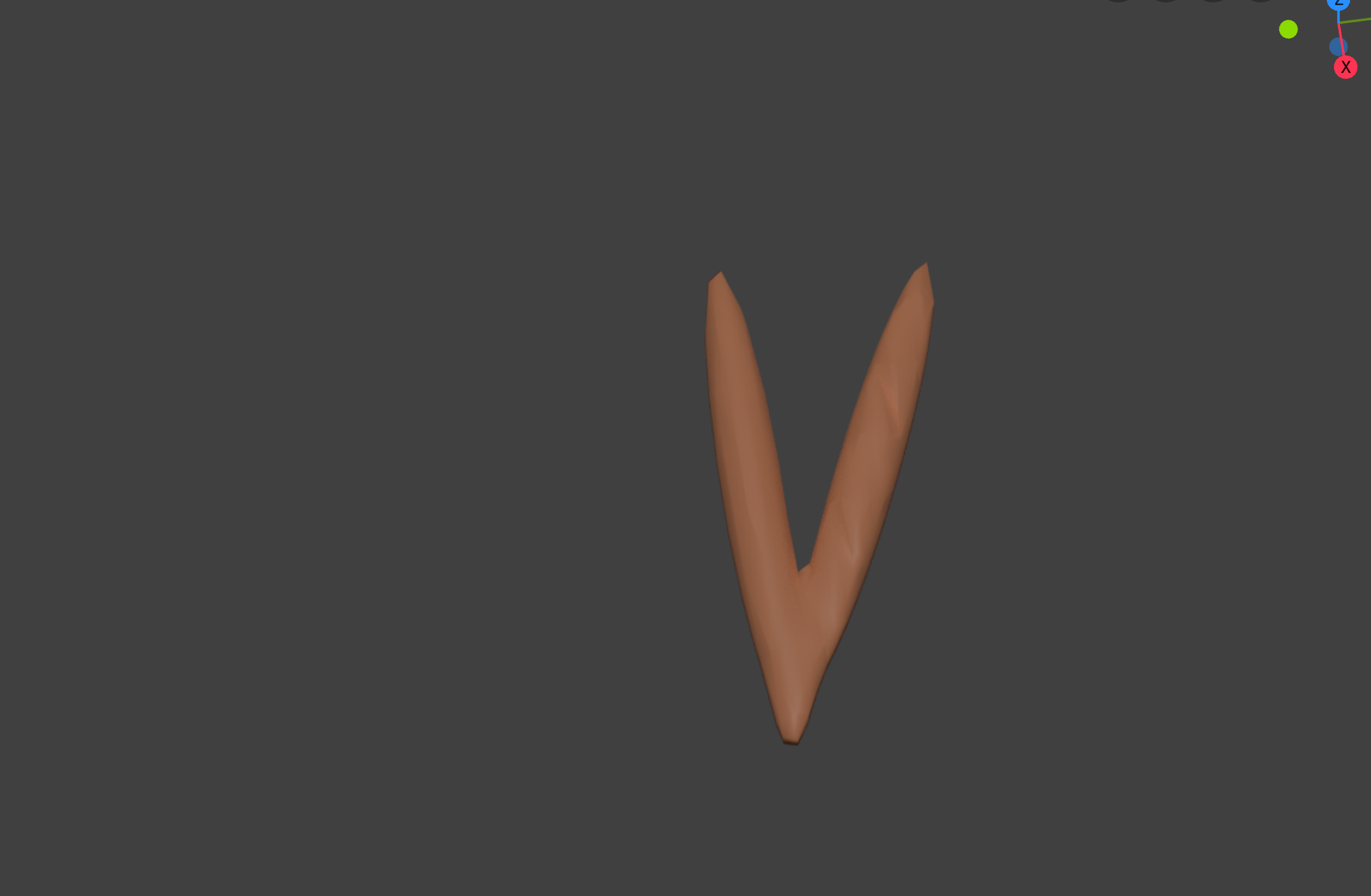 On conversion, they seem to naturally get -- um, not exactly pretty topology, but I think it is manageable, at least (and could perhaps be easily cleaned up further with a quad remesh or some such): 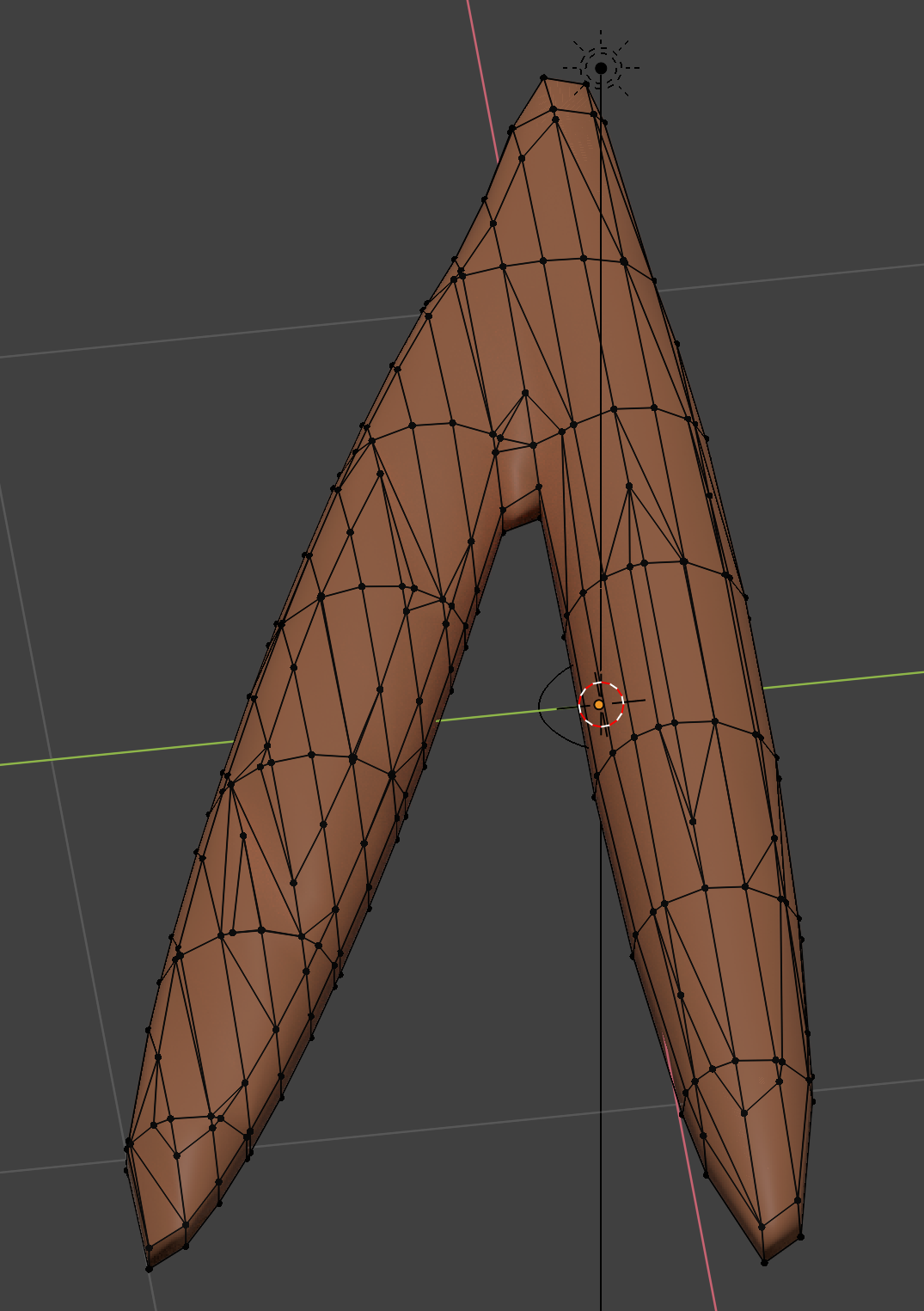 Also, here's a quick attempt at "carefully deleting and connecting the mesh at the base which creates awful geometry and horrible artifacts". Does it exhibit the kinds of problems you were worried about? : 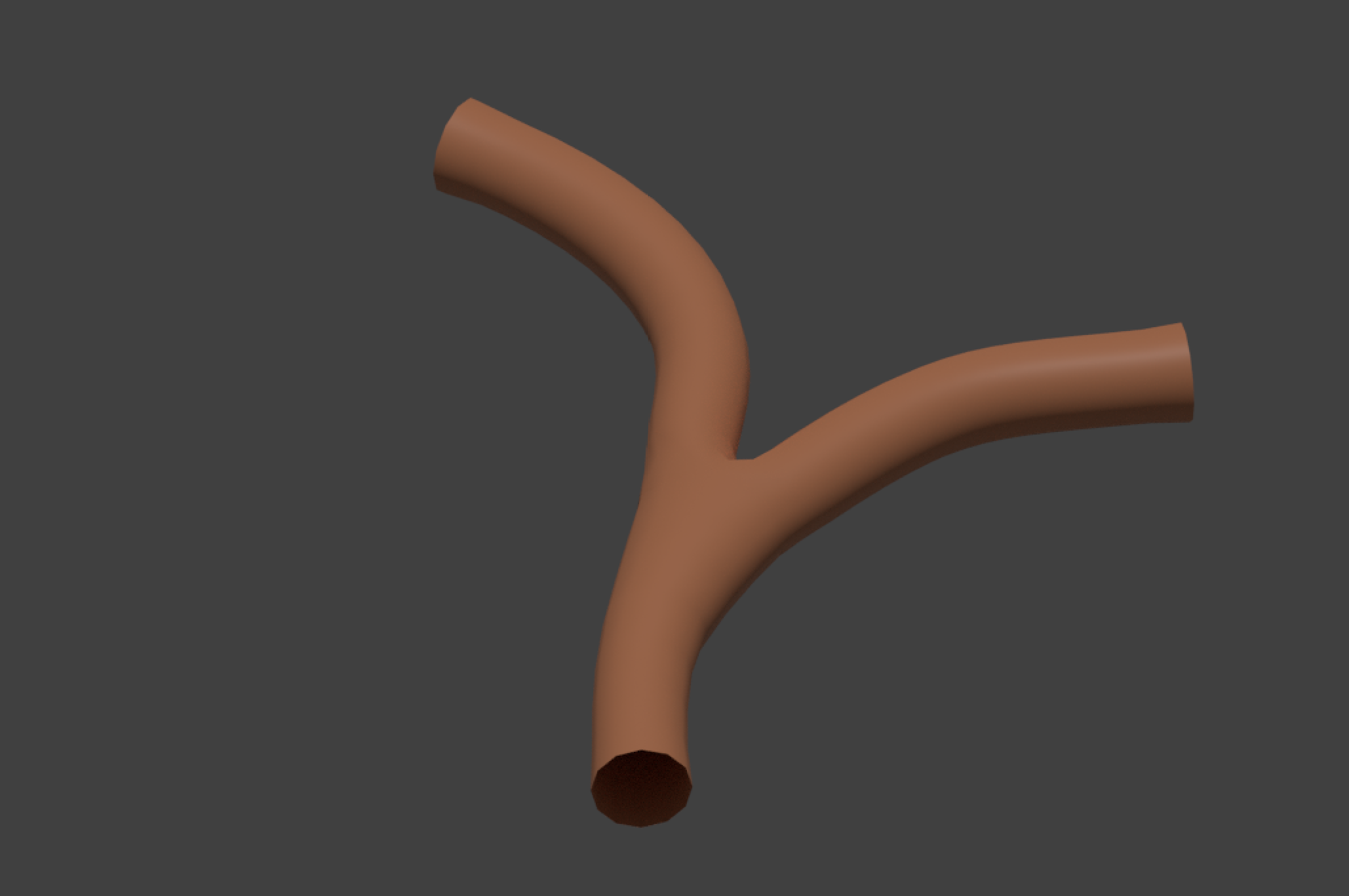 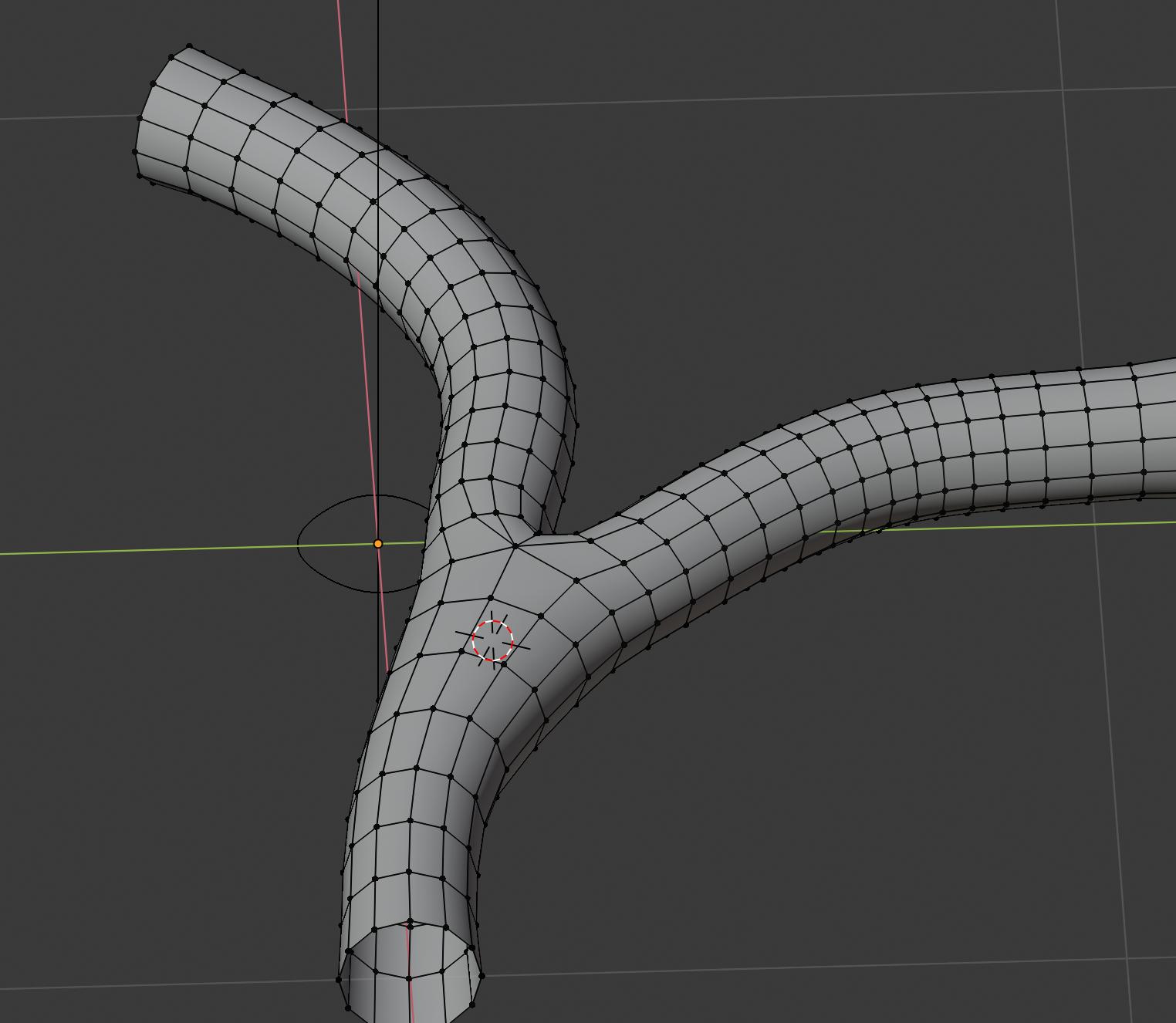 I did leave a few tris present, but think they should be easy to remove if need be.

Just realized the blisteringly simple solution. I can’t believe I didn’t think of this. 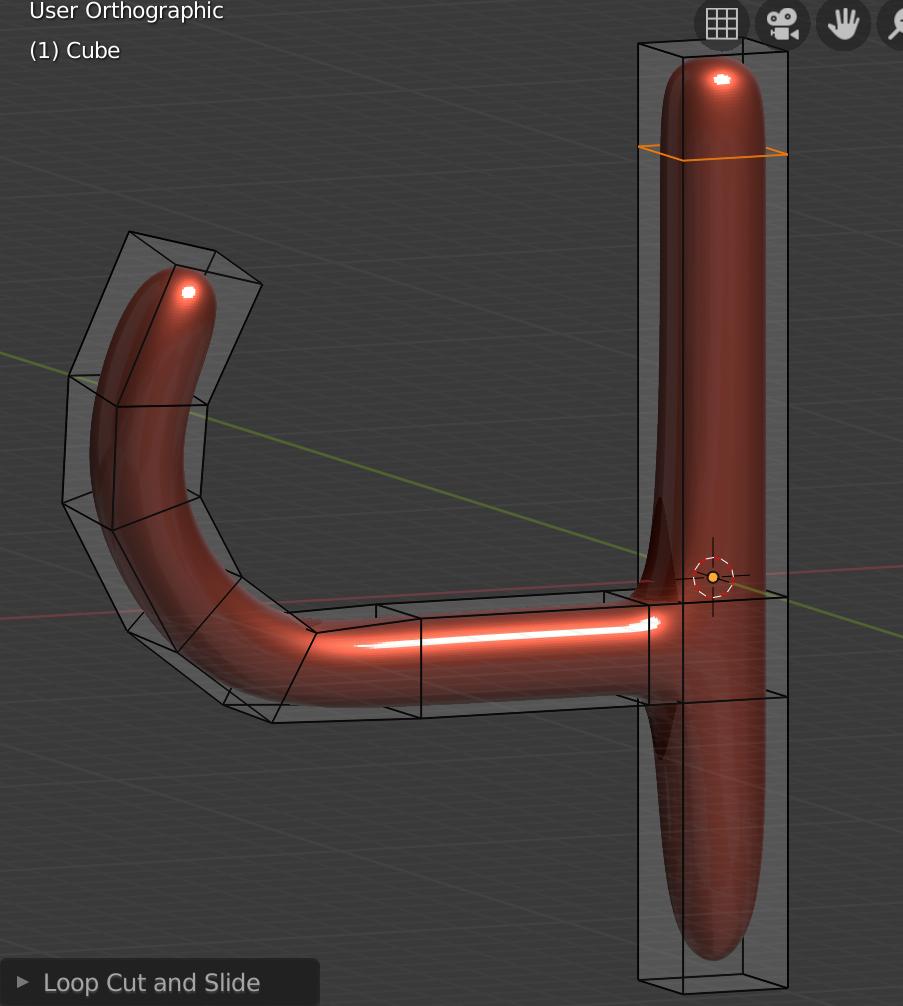