I work a lot with linked data and library objects or linked collections.

Is it possible to send values or variables between the different hierachical structures ?

OK - > I got a step further and can control a value inside the linked Object.

linked objects can accessed via python as seen here in this Video
https://www.youtube.com/watch?v=5M6cdhn4YCE

this is nice but not very comfortable or usable.
Now it would be great to have a way to control this datapath via Driver or Custom Property from the mainfile.

as you can see in the picture we can access this property in a Driver.
so I created a controller object that can drive this value and can override it. but the data in the linked object does not change and

but when I use

here is the setup image 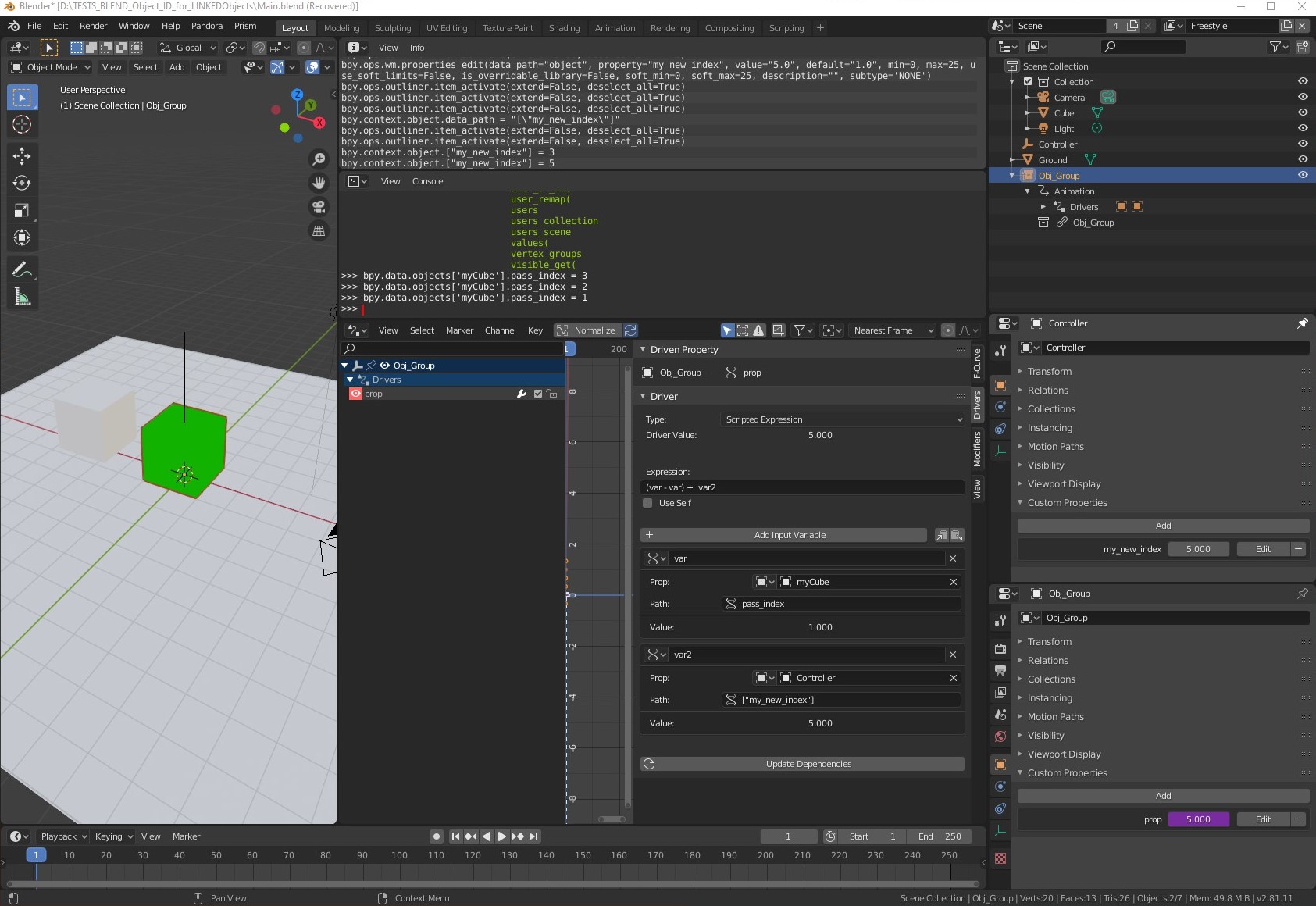 2
Which is the path to particle drivers data? (Blender Python API)
2
Drive color via custom property
0
define the prop of a driver with a script?
1
Building a Shader Switch | How to get custom values from individual objects?
0
How to access linked objects from a linked collection? (Blender 2.8)