What would the setup look like to morph or get particles to form the shape of a mesh from another. Is it possible with the extra nodes that 3D Singh VFX has created.

Note- Please watch the tutorials of Animation Nodes based particle-system for Blender2.79x and Blender 2.8x and Forces and other Group Nodes.

I am using Blender 2.79x for the morphing particles but you can also use the same node-tree in Blender2.8x.

I have also made a AN-Custom Delay Falloff group-node which has easy controls (similar to keyed particle-system) for morphing transition between objects,

Step-1: I have added the particle-emitter Object A (Cube, you can also use a separate object for particle-emitter) and Object B (Cylinder) with animation on xyz-rotation, 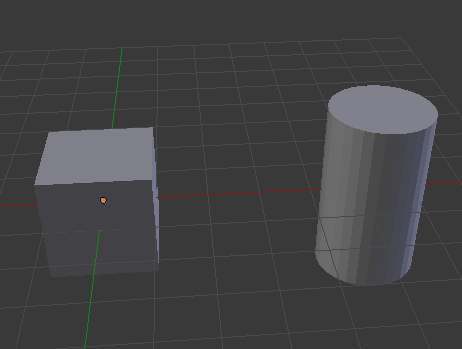 The Emitter has these settings:

Step-2: Then add the AN-Particle Input group node which gives the necessary outputs (particle-system, locations, etc) and Particles Output node then connect the particle-system input, and also disable the Always execution option in the N-panel, 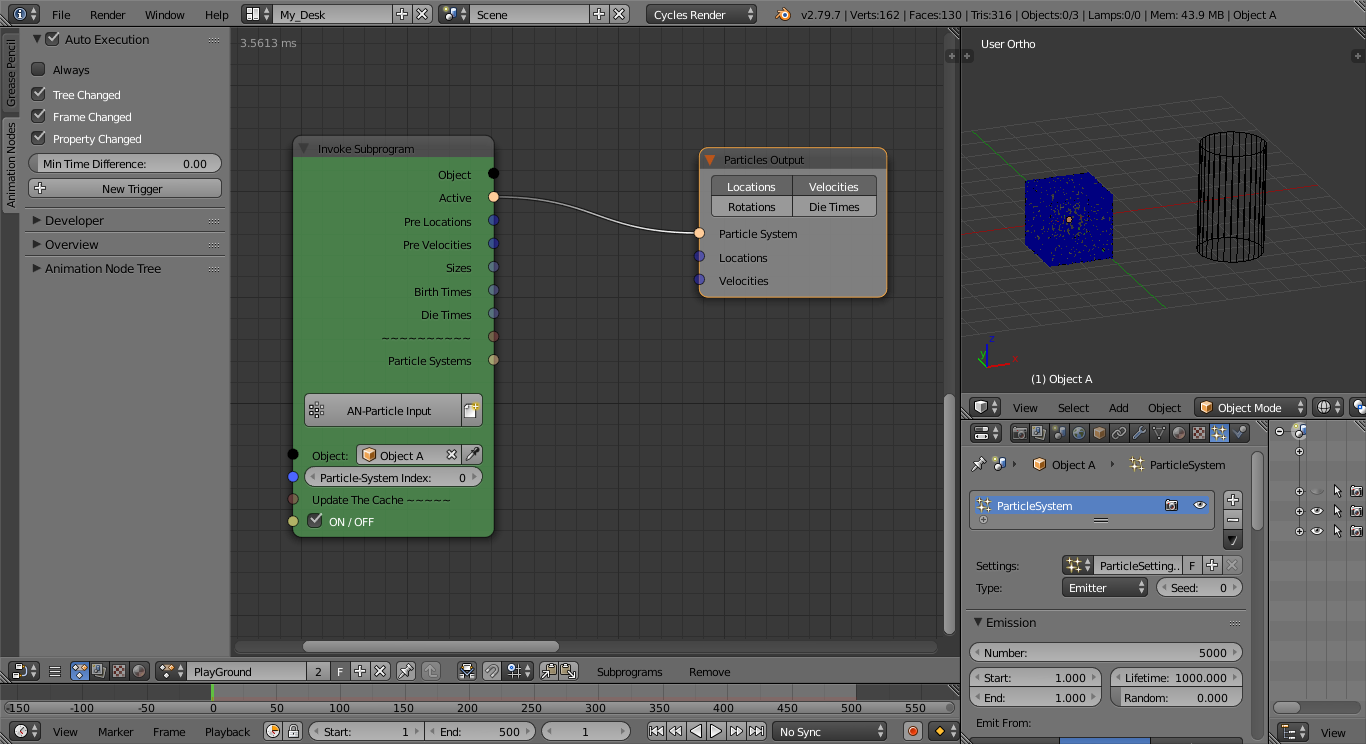 (You can download extra Group Nodes if you need.)

Step-3: Now we have to find the points/locations on the mesh objects (Emitter and Target) using AN-Random Points on Mesh group-node and Amount is the total number of particles:

Step-4: For the morphing effect, we have to Mix points (on the mesh, mentioned in Step-3) using AN-Vector List Mixer with Falloff which works similar to Mix Vectors node. Now, we can control the transition with any Falloff node,

Step-5: We have the resultant locations (or Post-Locations, after doing Step-4) and Pre-Locations, so we can calculate the velocities of the particles using AN-Velocities From Locations group node then connect the Post-Locations and Velocities to the Particles Output node,

Step-6: This is the final step, add the Falloff node which will control the morph transition. I have used the AN-Custom Delay Falloff node and set the Start Frame = 1, End Frame = 200 and Delay = 0.01 (you can change accordingly, e.g., to add some frames stay on some object), 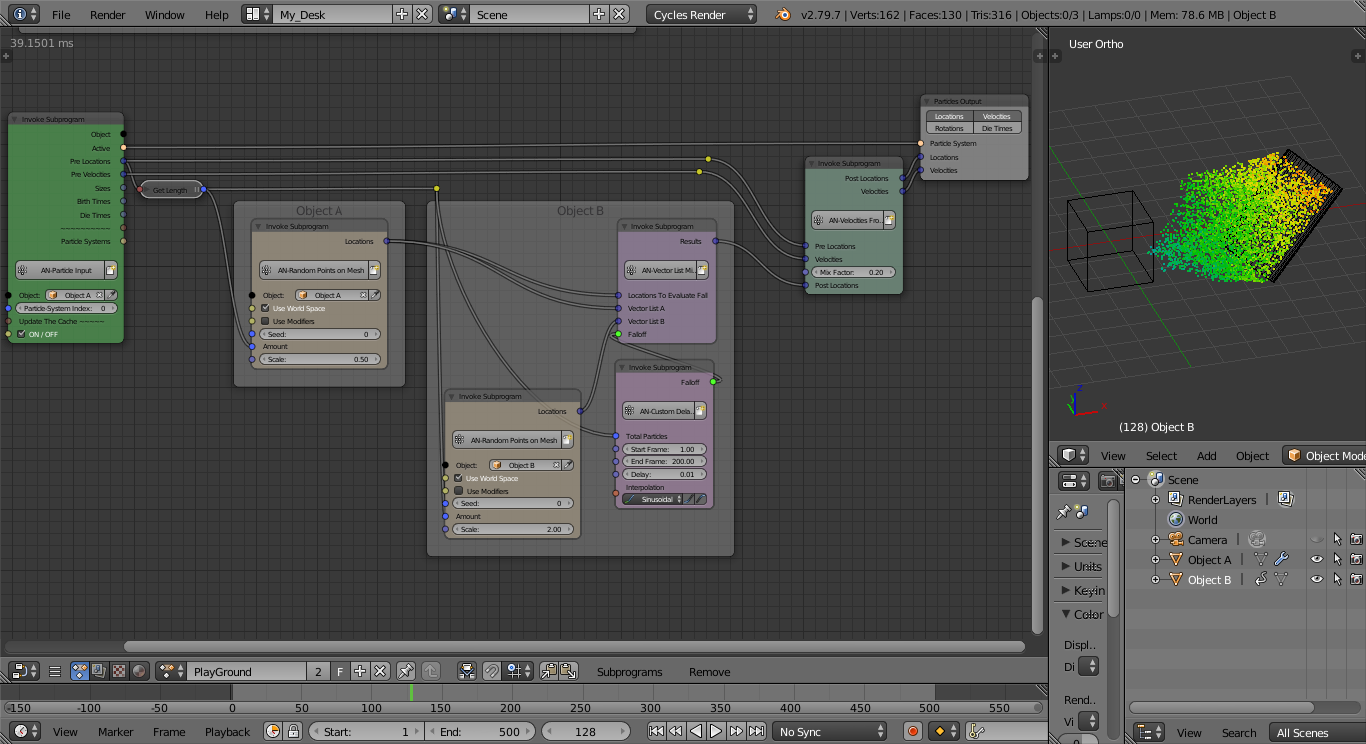 Step-7: We can easily extend this node-tree for three objects transitions, here the third object is Object C (Ico sphere), 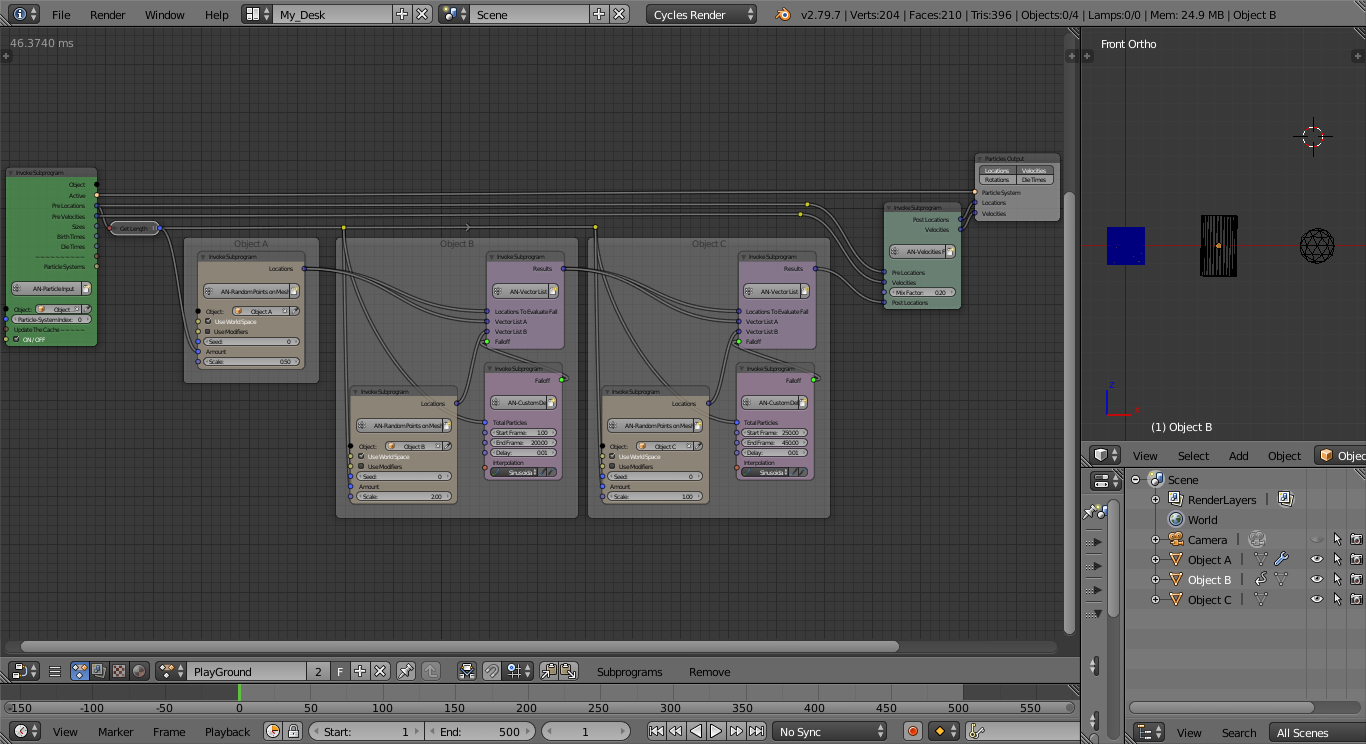 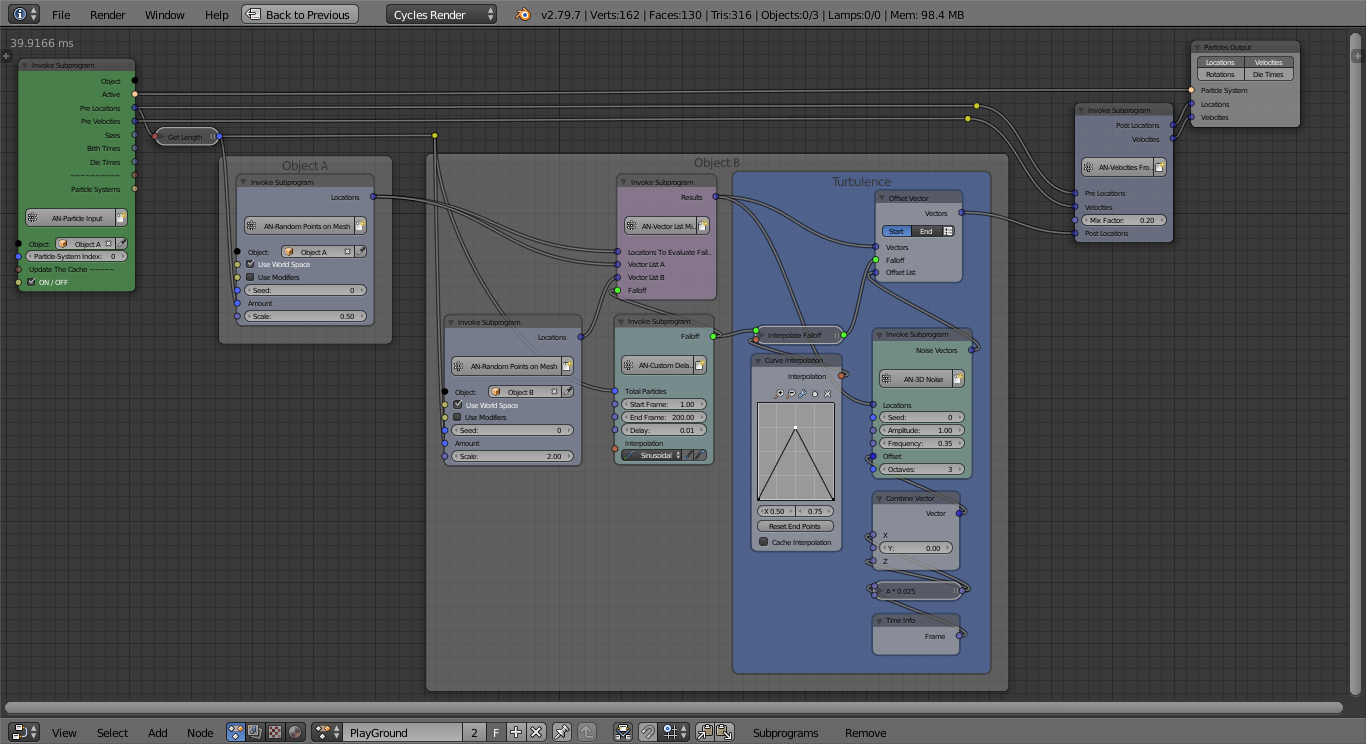 Step-9: After the final transition, to make the interaction of particles with gravity, I have added the Force filed and enable the All field weights in the particle settings. Then connect the AN-Vector List Mixer with Falloff group-node after the final object (in this case is Object C) to off the effect of final transition object and its falloff parameter is controlled by AN-Custom Delay Falloff group-node: 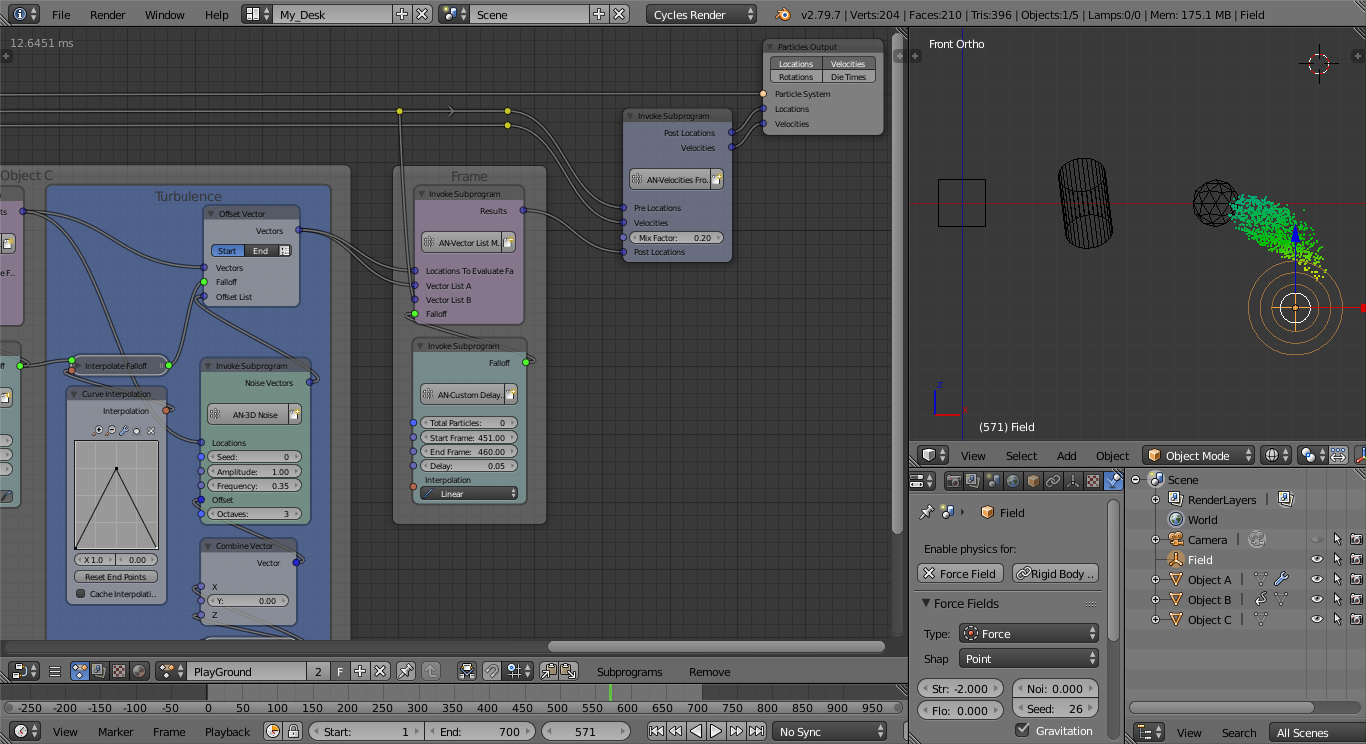 Three objects morphing of particles and interaction with gravity, the final node-tree: 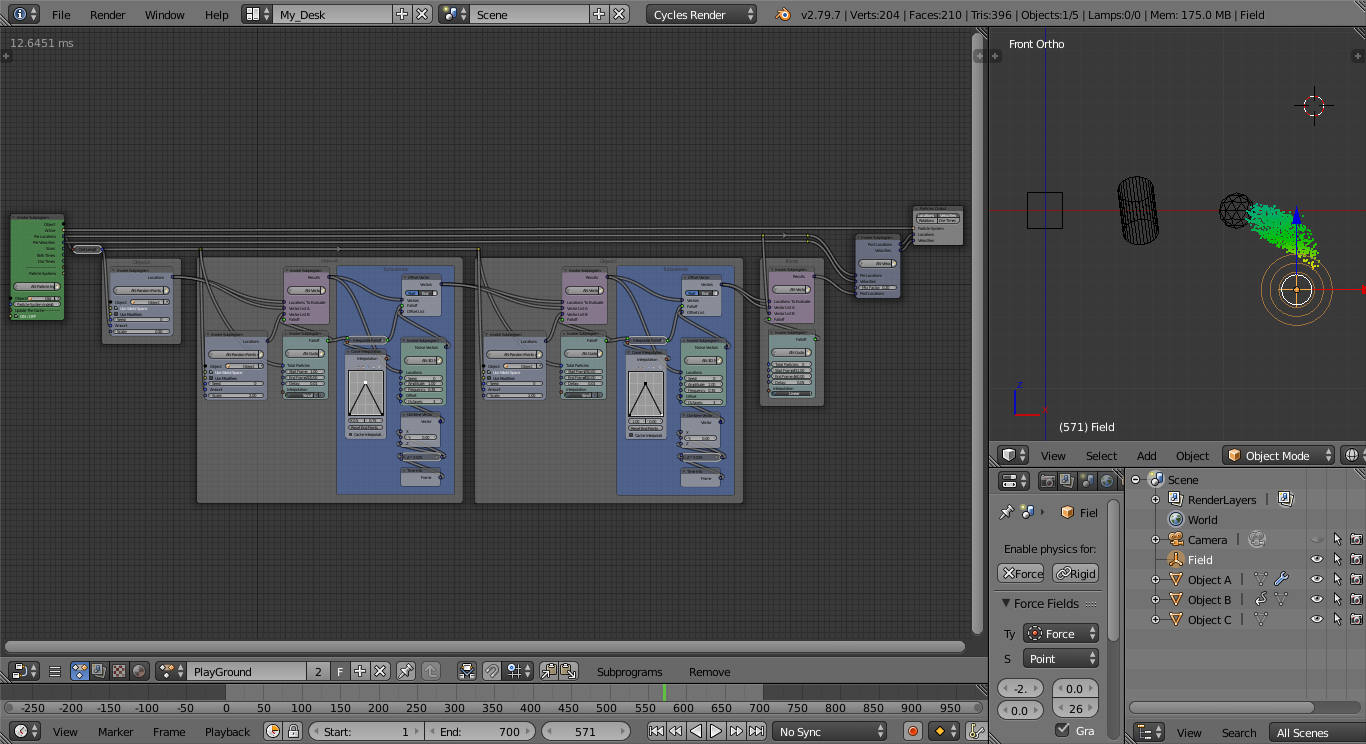 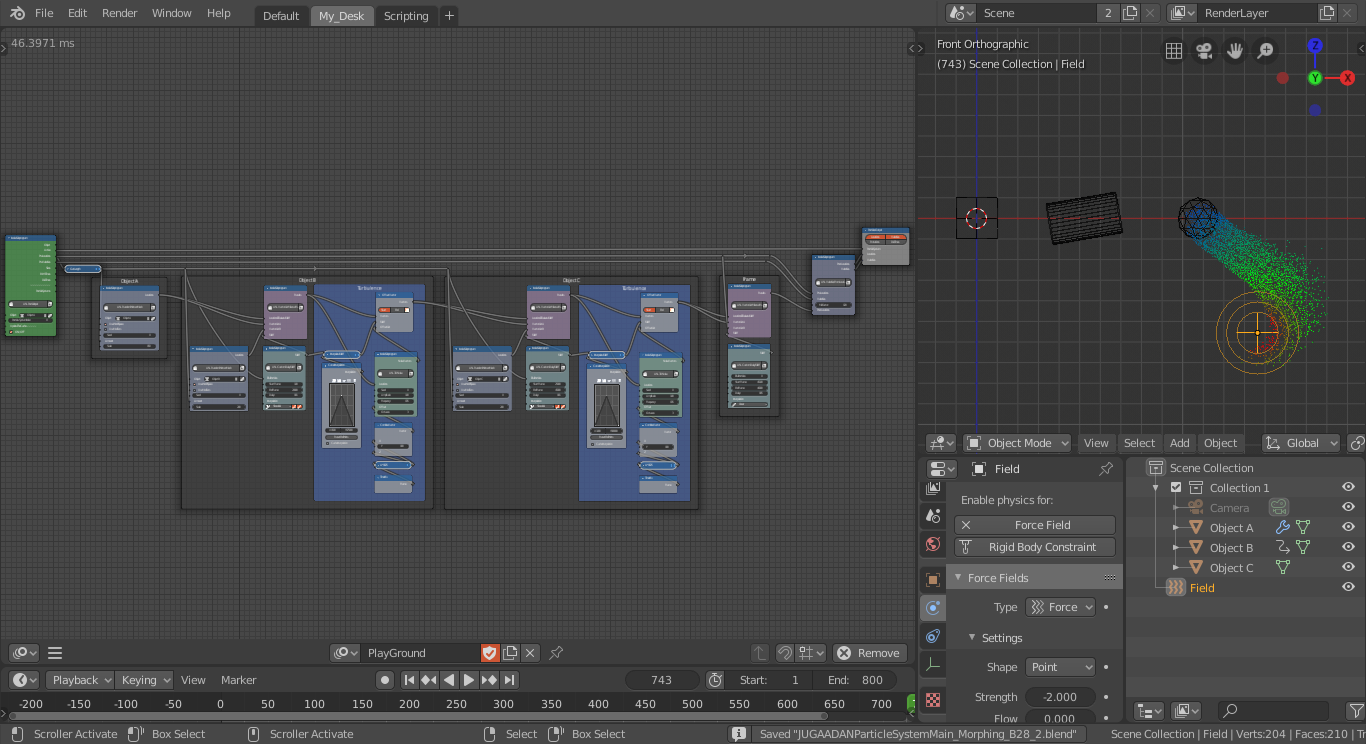 2
How do I morph between unrelated meshes
3
Transformation Constraint with Animation nodes?
3
Cycle through Materials with Animation Nodes
2
Random scale and rotation for each particle on all axis separetly (Animation Nodes)
1
How to give random motion to particles with geometry nodes within the object
3
How to rotate particles around the curve/path of their travel with geometry nodes
2
How to morph one shape into two separate ones