I'm creating my first donut in Blender 2.80, to get used to the new release of the program and become better at modelling. That also means getting accustomed to new/ altered keyboard shortcuts and the like.

To my understanding, many people have been experiencing problems with Edge Loop selection. I had such a problem myself, but by changing the keyboard shortcut in Preferences -> Keymap -> 3D View -> Mesh -> Mesh (Global) -> Loop Select to (Press Alt + Cmd) + LMB I can make an edge loop selection.

The thing is, the "direction" of the selection is wrong. What I mean by that is, when selecting an edge, instead of selecting the edges that are "in line" with it, the program selects the edges parallel to the original. Like, it selects the edge on the other side of the same face and so on.

I don't believe it's normal, nor is it the intended use of edge loops. It could be useful in some scenarios, but not the typical one. That said, it would be nice if I could toggle between the two selection modes (the typical edge loop and this "unexpected" one) 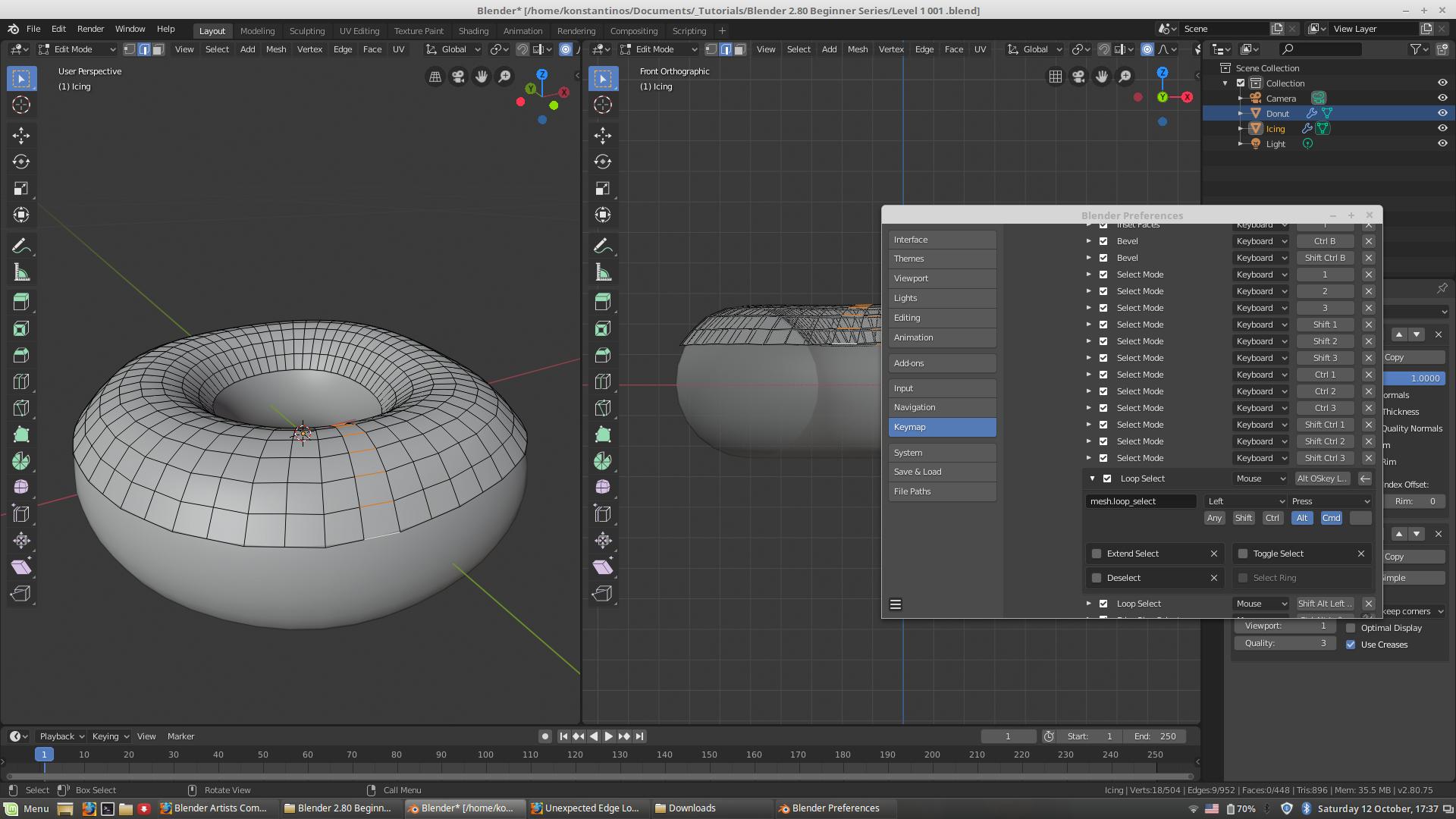 Thank you for helping me out with this donut.

Browse other questions tagged modeling editing edges or ask your own question.

6
Embossing an edge-loop
9
How can I automatically extend edge loop selection?
3
Loop selection not including one edge
0
Edge loop select does not work!
0
Edge selection does not result in highlighted edge for one object in scene
3
Selecting multiple edge loops in Blender 2.8
1
Need to Fix Broken Edge Loop?
0
Remove edge loop from selection in 2.8