Tapering screw threads: are there any alternatives besides writing a python script (screenshots included)? 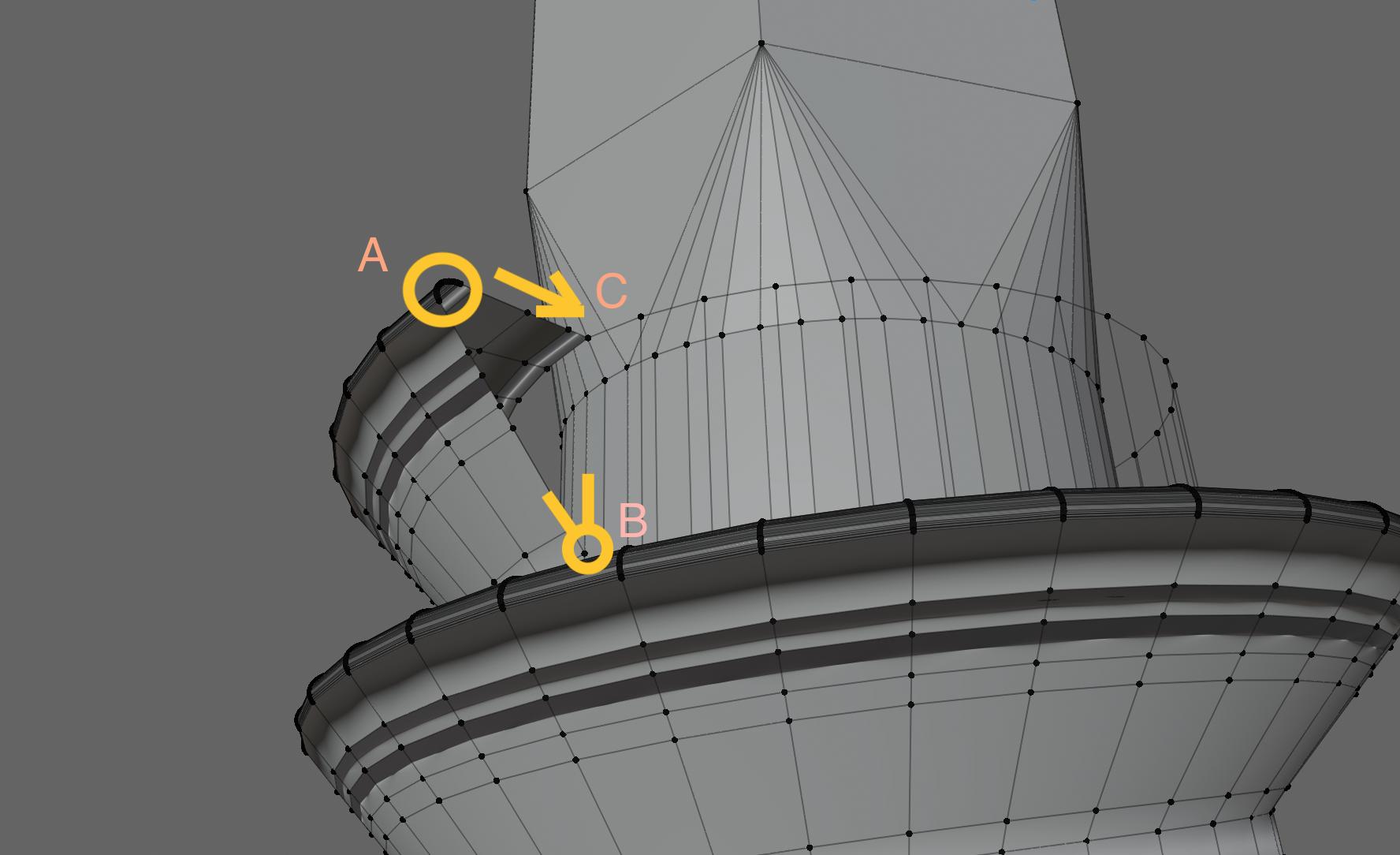 In this stage of my project, I need to "taper" the "endings" of the screw threads, one of which is shown in my screenshot. I intend on doing so by taking that group of vertices 'A' and, across many iterations, bring it progressively close and closer to the vertex 'C.' As you might be able to tell, getting 'A' closer to 'C' should be ideally done across the axis formed between 'A' and 'C.' Beyond that, the only other morphological feature of the threads that would be changing is the angle 'B,' which is going to become progressively smaller as the screw threads get more tapered.

Is there any other way of going about doing this without python scripting?

You can go a long way with modifiers.. 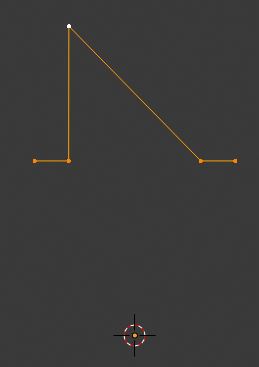 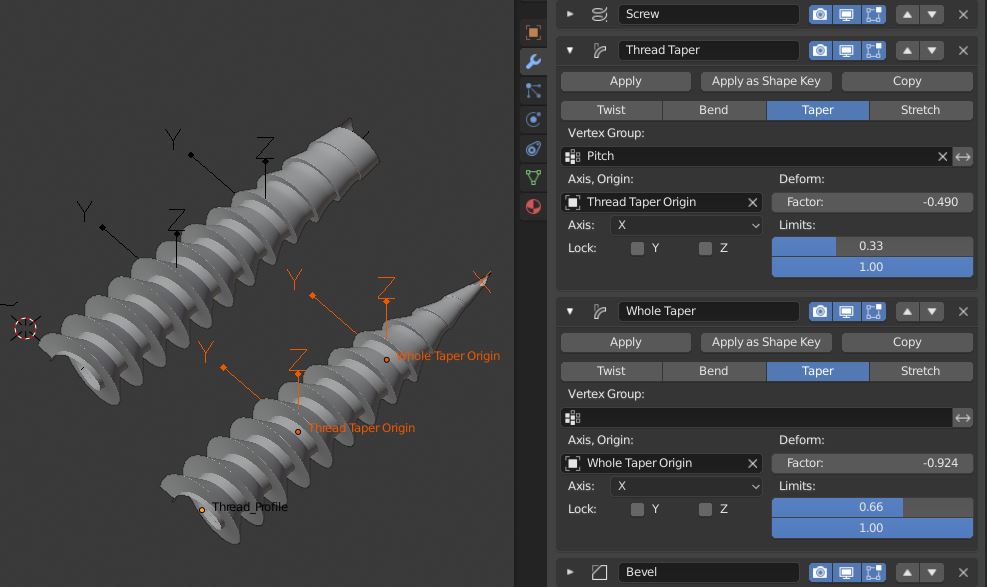 IMO, the behaviors of the Simple Deform modifiers are pretty painful. I'd recommend practicing with Simple Deform > Taper on a subdivided plane, to get the feel of it.

You can further assign Bevel by angle, Sub-d modifiers further down the stack.

Obviously the object will need further patching up after applying the modifiers, to make it manifold, and ready for printing.

After applying the modifiers, if the Screw vertices have merged properly, the egdes/faces running along the helix are on single loops, so screws are easier to edit than you might think.