Get the depicted result procedurally, with interactive possibility as described, minus the equilateral grid ? Python, AN, any other method 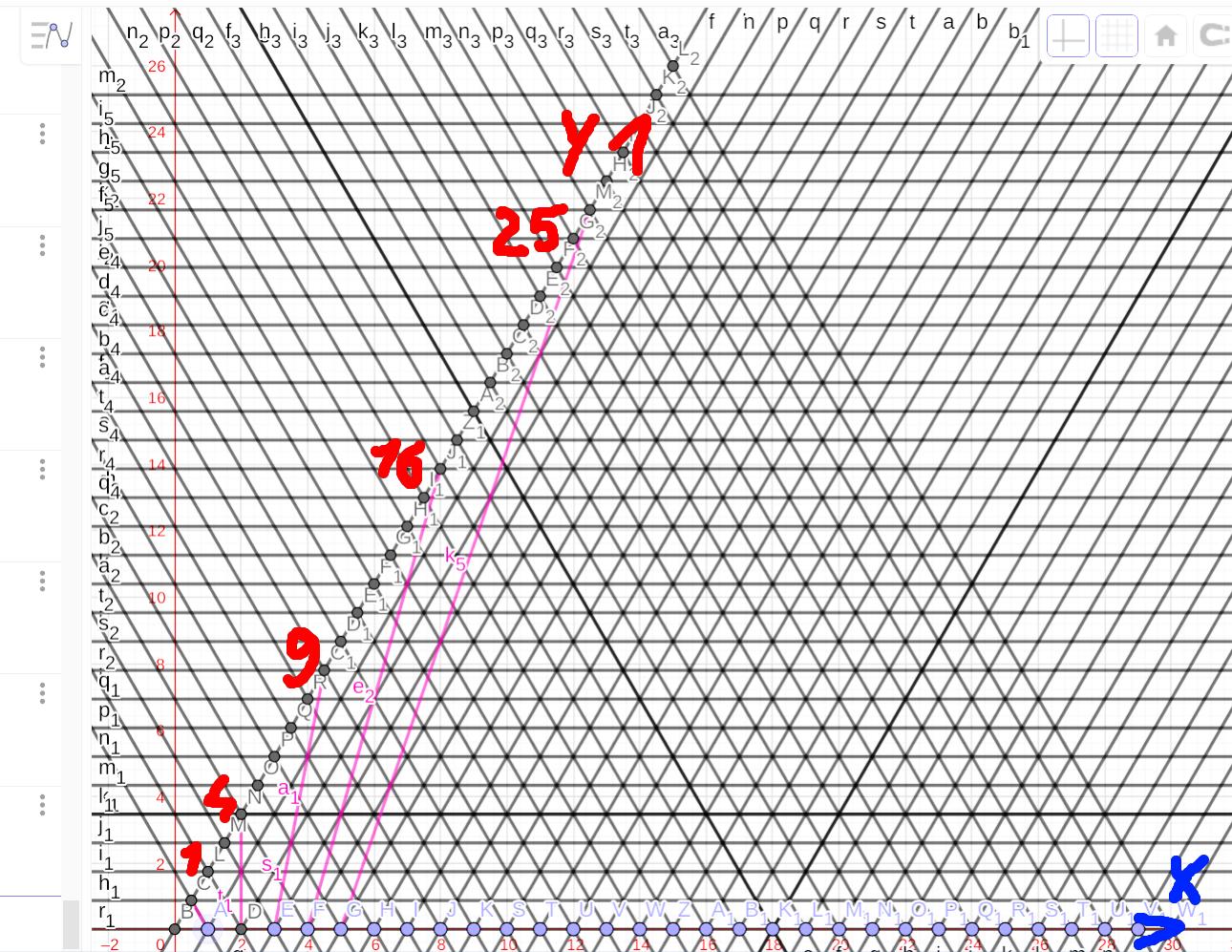 The AN nodes will prove to be the best solution as I initially suspected. Unless I'm missing something obvious, which is entirely plausible.

Strike three I'm looking for the easiest way to coordinate the positioning of endpoints which constitute the pink lines. (The grid itself can be a separate object)

Ultimate goal is to use just one variable per object to offset them from the origin, and have a function generate the "y" from the "x".

Inadequate ideas I've had so far:

Strike two Can an array of linearly equally spaced empties be used in such a way to take the offset distances (of every copy from the original) and then create another linear array whose elements would be offset from the original by putting the aforementioned distance values through a function ?

The next step would imply connecting the corresponding empties, the connections representing the pink lines in the graph.

Strike one Translating x values to y via f(x) as usual, but without treating x and y as coordinates, only endpoints of finite (pink) lines.

I looked for other solutions before coming back to Blender, but since it is an all out graphical application, and Python based, as are some of the other options which seem too formatted/specific in application, there's no reason not to ask if it's possible.

Since this question is simpler then the previous which was solved by @lemon , I'm confident the answer will come, as I actually dissect the methods used there.

Supposing you entered your X and Y coordinates in Blender's own orthogonal space. Then a transform that would take them to your 60 degree angled axes, with matching lengths on the new axes, would be:

Not the answer you're looking for? Browse other questions tagged python modifiers animation-nodes mathematics coordinates or ask your own question.

4
Given the local coordinates of a parented object, how do I get its global coordinates using the Python API?
22
3x4 camera matrix from blender camera
2
blender camera from 3x4 matrix
1
add parameters (Grid, Random…) with python
0
How do I get the object to the ground floor grid?
0
Access Grid of 3D View with Python
2
Deformation of the grid with the falloff