After rendering my first scene in blender with a lot of noise. i tried searching for the denoiser node in composting. i don't seem to see it anywhere. I use blender 2.80.

The Intel® Open Image Denoise is only available in Blender 2.81 and later as compositor node. In order to use it, enable Denoising Data in View Layer Properties > Passes. 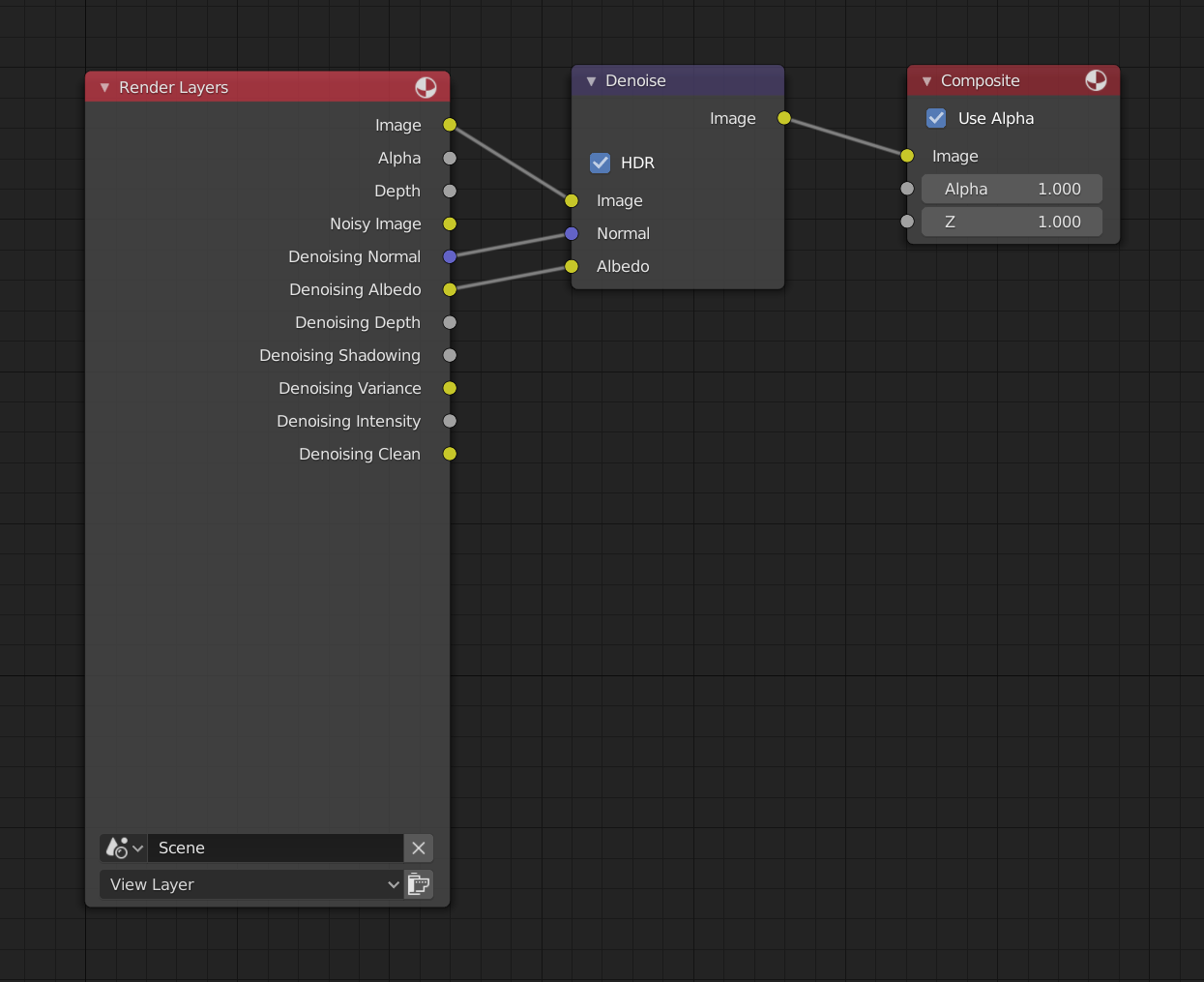 The build-in denoiser for Cycles can be found in the View Layer tab, when Cycles is enabled as render engine. 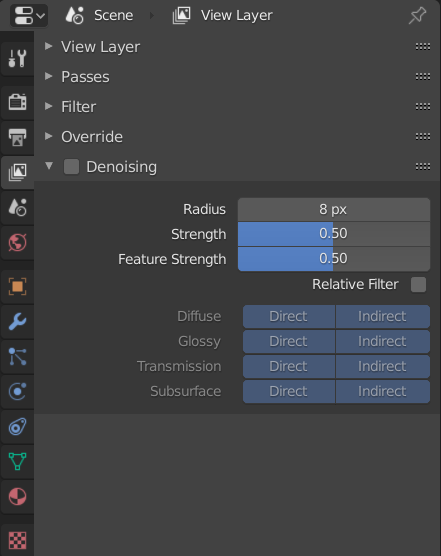 There is no denoiser node in blender 2.80 it is it is availbale from blender 2.81.

4
Image is too noisy
2
How to install Intel Open Image Denoiser node on Blender 2.79
0
Why is the Compositor not showing any nodes?
7
How to denoise animations using Blender's Temporal Denoiser?
2
how can we remove the blurry effect that has been caused by denoising?