How can I make two objects look like one?

As the titles says, I want two objects to LOOK like they are actually just one. I dont plan to actually combine anything, for flexibility purposes.

Here's an example scene for what I've got going: 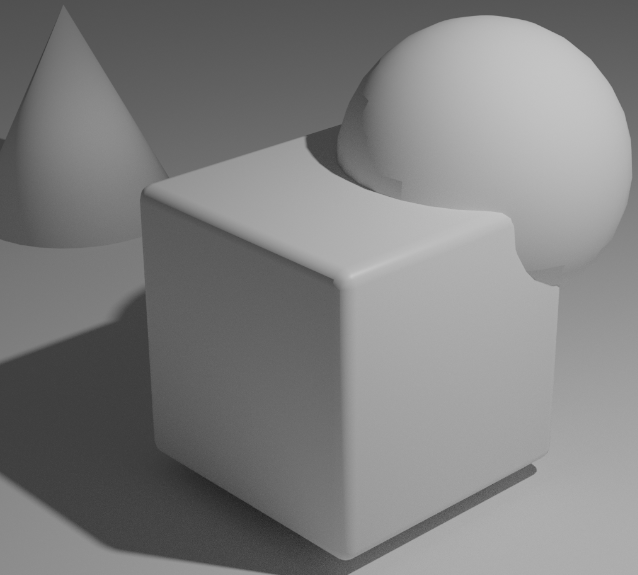 Simple enough. But I'd like to make it so the sphere and cone seem to be one with their respective clipping objects.

I've tried such a thing with the Boolean modifier(with subdivision for smoothness) and it does achieve fake connection between objects: 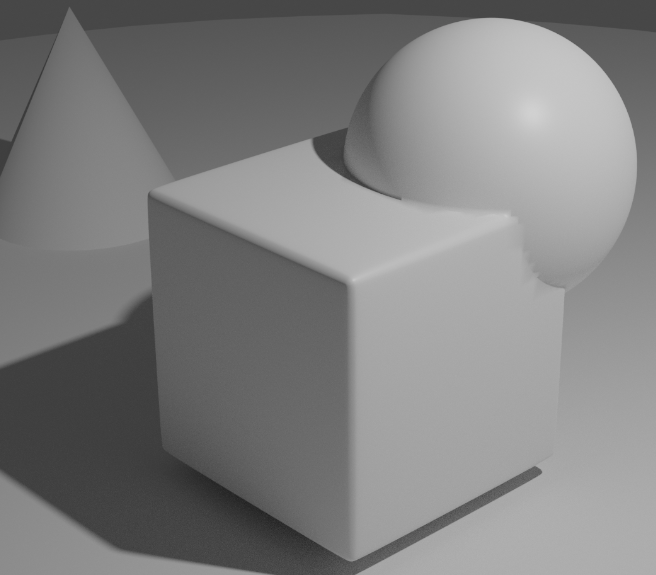 But not to the degree I want. I'd like them to look like they are combined more smoothly, with wider angles and not such a tight wedge together.

I heard rumor of someone using a depth layer compared to other passes in some way to make things look blended together. 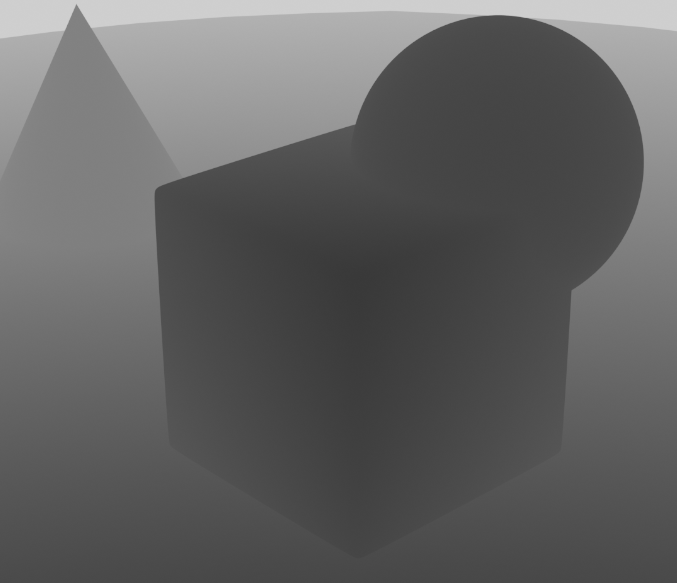 I see how that might make sense, as things within the same distance have nearly the same shade.

I think this was something being done in Unity. But I can't understand what's being mentioned here. They even mentioned rendering this over only specific vertex groups in order to not end up blending ALL objects together.

Might anyone have any other suggestions? Or understand how to execute what's mentioned?

You can use the Bevel node that you can find under Input category in the nodes Add menu. 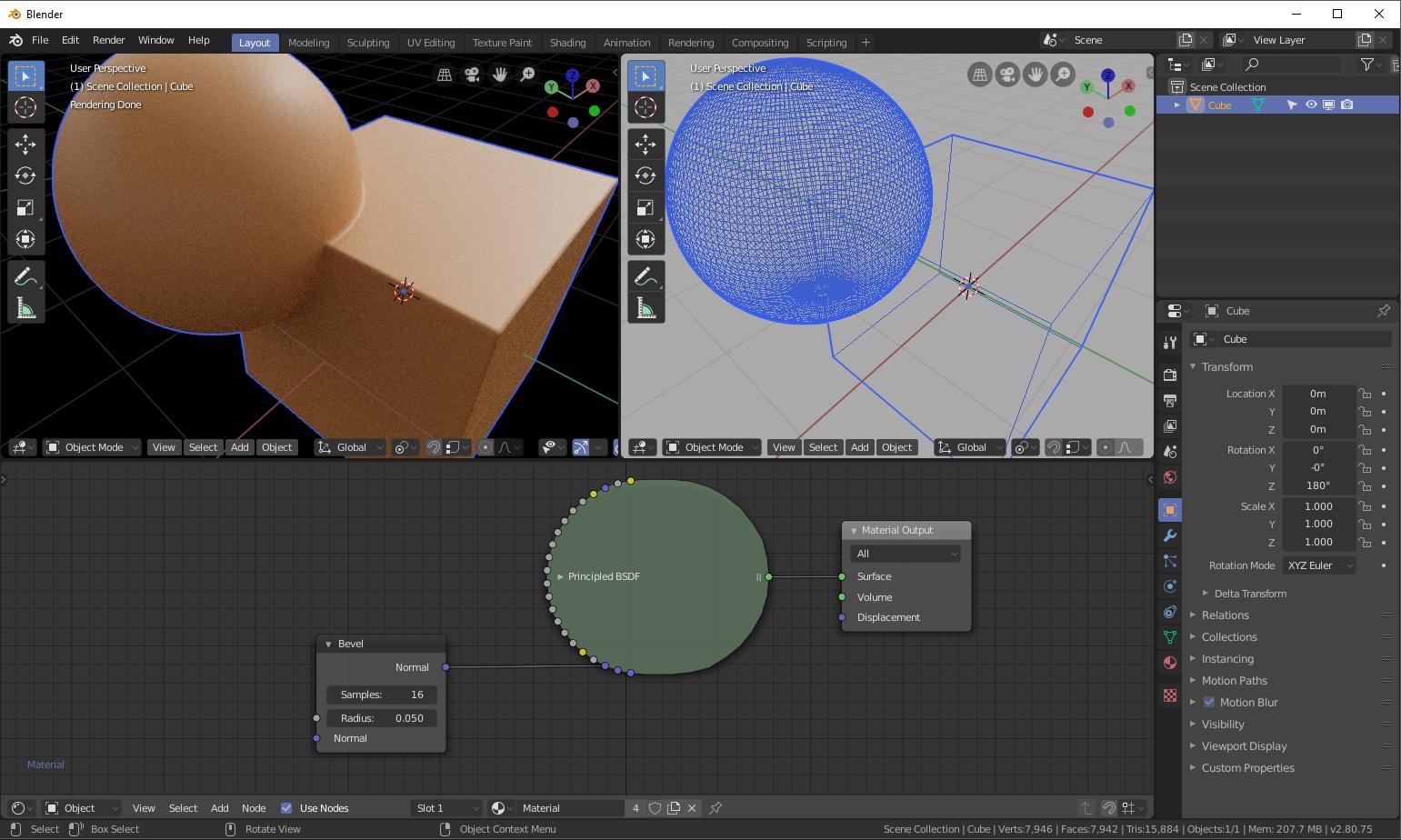 This will however require joining the objects, but it will give you a bit more control than booleans. If you need to move the objects, you can use Hooks:

If you run into other issues in your workflow because the objects are combined they might be possible to solve too.

Not the answer you're looking for? Browse other questions tagged rendering render-layers or ask your own question.

9
Why are there non-visible objects in my final render?
1
Sky-only pass with the foreground knocked out?
2
Render points only if visible from another camera
3
See Through Render Layer
0
Camera in BGE seeing through non-transparent solids when having small near clipping distance