Creating a BW (not grayscale) image from alpha - Blender 2.80

I'm trying to get a black and white image from an image with an alpha-channel in the Eeevee renderer.

I used the alpha-channel from the picture with a GreaterThan-node to get only 1 and 0. To get an image again I used the ColorRamp Node (set to constant - black and white) 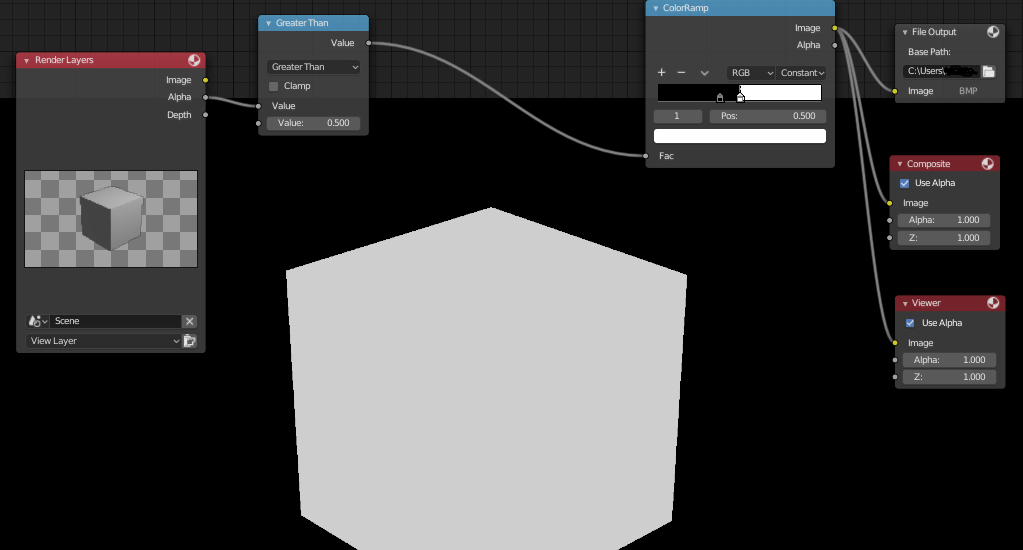 I'm thankful for every suggestion.

Browse other questions tagged nodes compositor or ask your own question.

3
How to crop image based on Alpha in Compositor?
8
Animate alpha in Cycles nodes
2
How to separate texture-alpha without premultiplying the color?
5
Why is a 100% mix node not acting as the identity?
2
Bake displacement to alpha channel washing out colour channels
1
How to make blue hot metal
0
alpha over node is adding to the foreground artifact that is not in the background
1
How do I use a map or node as a mask?