How to model rounded extrusions

I am trying to create sci-fi doors similar to those that Dan Brown creates below: 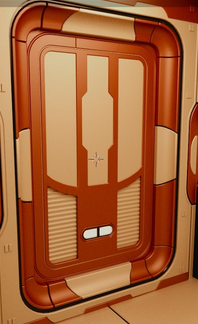 I have tried a few methods, the closest I can get to the image is using a solidify modifier and then making edge loops and cutting away faces.

This method only gives me curves on the outer edges, I would like to have the inner corners curved also, cannot seem to find a way to do this. 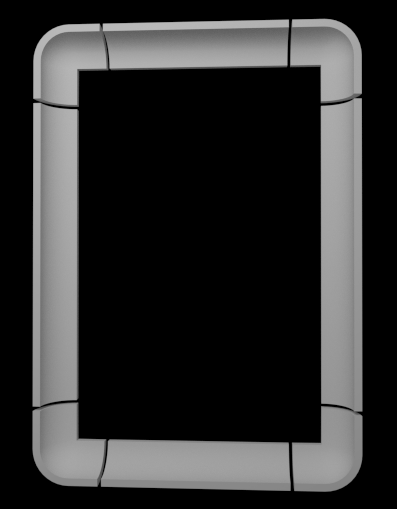 Can anyone think of any ideas to try?

Well thanks to brasshat answer, I played around a bit and found one way to achieve this, there may be a better way but this certainly gives decent results.

One way is to delete the corner except for the vertices located nearest the green line that create the profile. 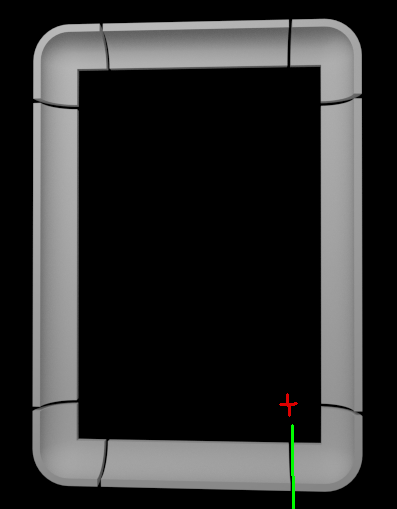 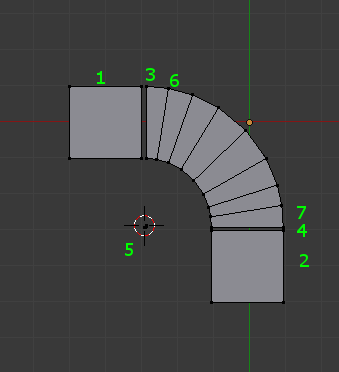 As an alternate to setting the 3D cursor at the center point of the two arcs forming the corner of the door, one could select the center point itself, and use that as the picvot point by setting the "active element" as the pivot point. However, sometimes extrusion deselects the active blender element, necessitating reselecting it before the next extrusion.

I know it's outside the scope of your question, but you only need to make this mesh once. Once you've made it, you can duplicate it, and move and rotate it to place it at the other three corners, or you can use a modifier (mirror or array) to achieve the same thing.