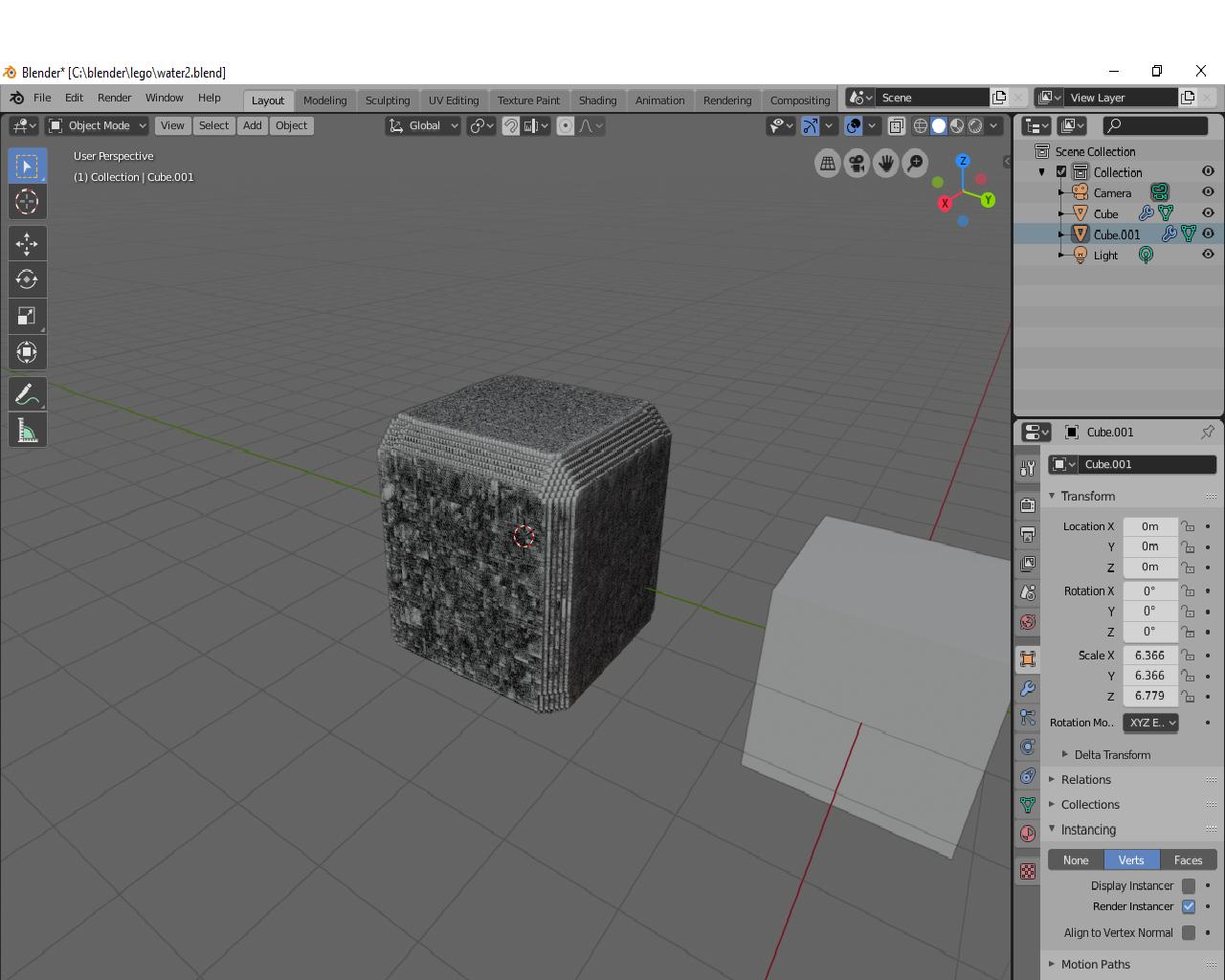 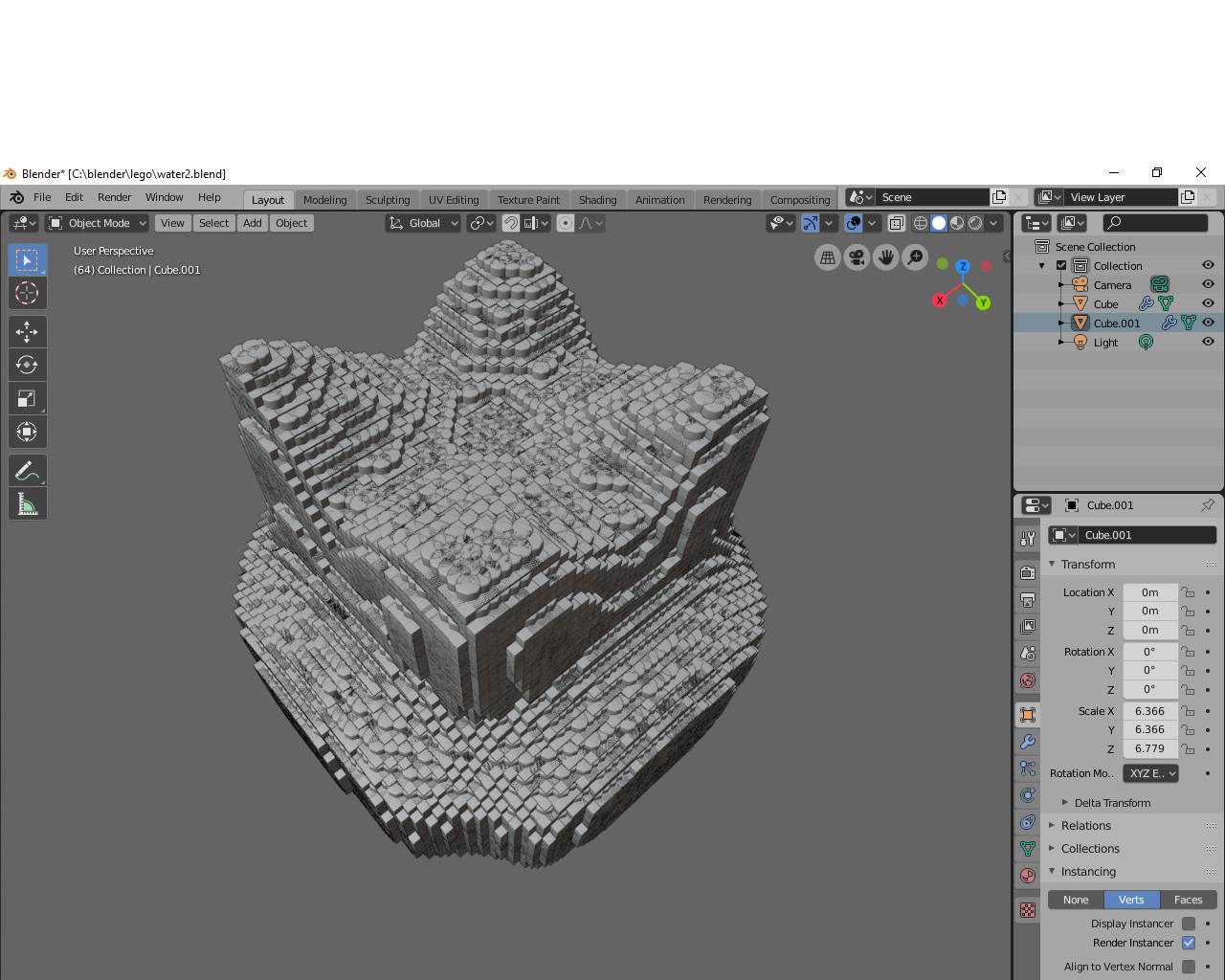 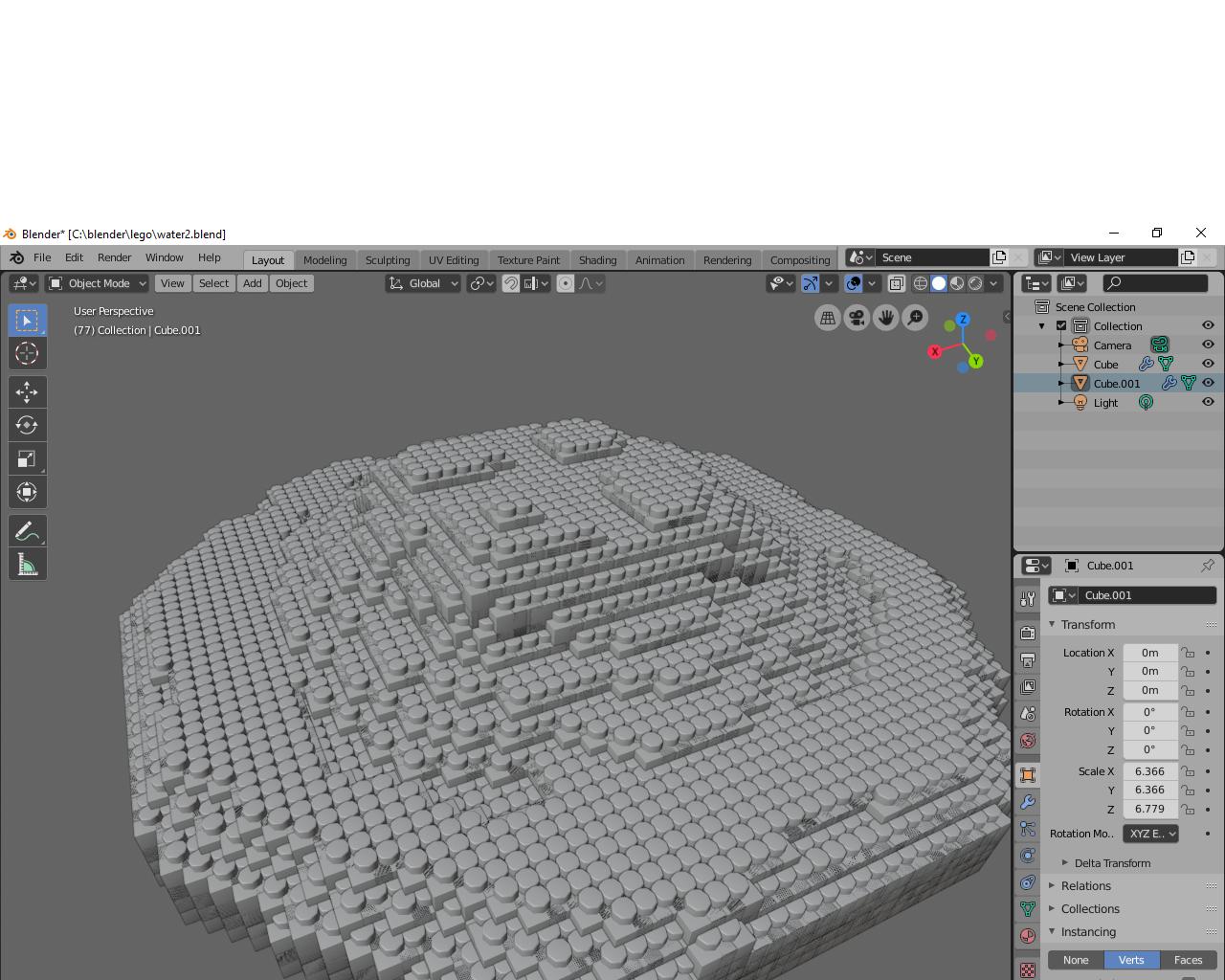 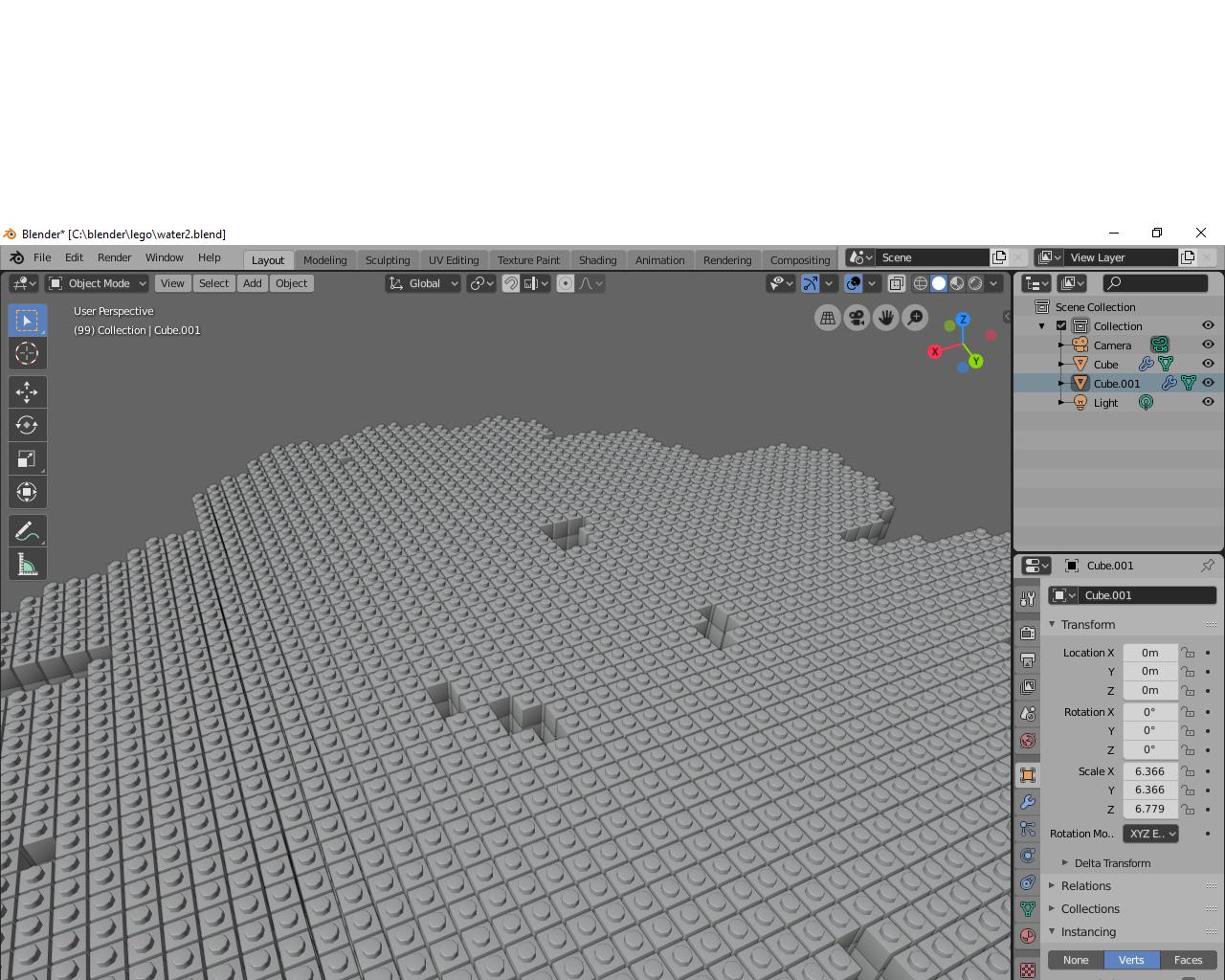 It looks like the remesh modifier is generating the block grid based on the bounding box of your fluid simulation mesh. Since the shape of the fluid mesh is spreading out over time, the bounds of your mesh changes which generates an inconsistent grid over the animation.

A workaround for this problem can be to set up the fluid mesh so that it has a constant bounding box size. One way to do this is to add two thin cubes to the sides of your fluid and use a boolean modifier to union them to the fluid mesh:

Make sure the cubes are large enough to enclose the volume of your fluid and also thin enough so that they are not remeshed by the remesh modifier.

Now you can set up the remesh modifier next in the stack. Since the bounds of the mesh is now constant, the generated grid is a consistent size over the entire animation:

I have attached an example .blend file (Blender 2.80) with this setup:

Not the answer you're looking for? Browse other questions tagged fluid-simulation dupli-groups or ask your own question.

2
How can I use a block size of 1m for different sized models using the remesh modifier?