I wanted to create a scene where you can see a worm crawling underneath the skin of a person's belly.

I've tried it with the tools provided in Blender like the deform modifiers (mostly I tried with Cast modifier, warp modifier and partially the displace modifier) but it just doesn't look like a worm.

The cast and warp modifier do not support custom shapes, only the basic sphere, cube and cylinder.

Does anybody know how I can achieve this result? I also tried with softbody physics, but that didn't really work out well when pushing a collision from the inside, especially because the shape didn't really come through.

Is there any way I can get the form of a more abstract shape seen and shaped through another object without using shapekeys?

The whole scene is CG, so it isn't about a real video where I want a CG worm to crawl underneath the skin; its just a CG character.

You could use the Vertex Weigh Proximity modifier to control displacement. It will use the actual shape of the mesh to correctly displace the surface.

Create a new vertex group in your "skin" mesh and add all vertex to it with a strength of $1$. Now add a new Vertex Weigh Proximity modifier, pick that vertex group, set the "Worm" mesh as Target Object and make sure to set the Distance Mode to Geometry. 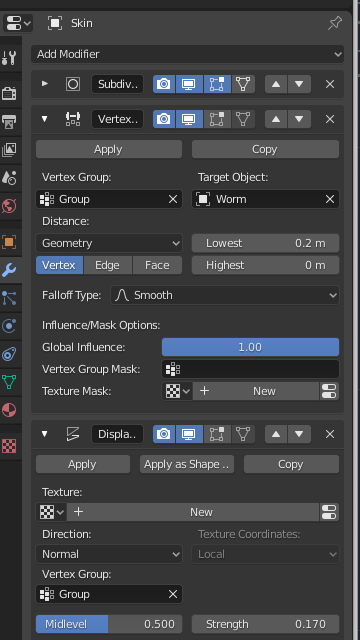 After that add a Displacement modifier with weight affected by the previously mentioned vertex group. No texture is required (although you can optionally add one), just adjust strength and displacement distance values as necessary.

You can move your worm mesh around and it will deform according to both position and shape.

Have you tried with Lattice? Not easy to manipulate though... 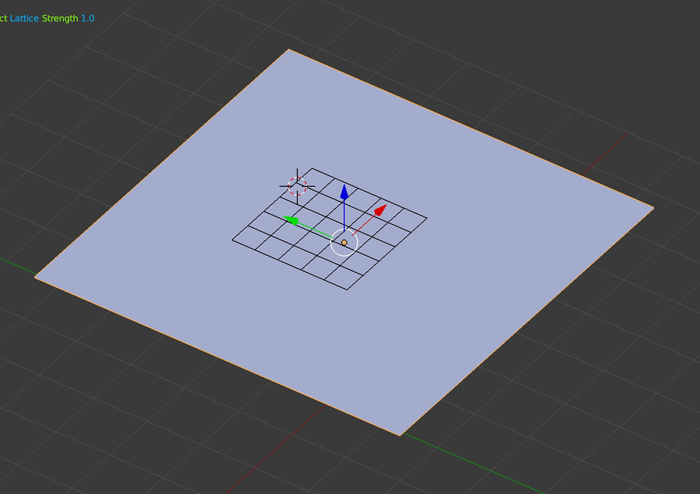 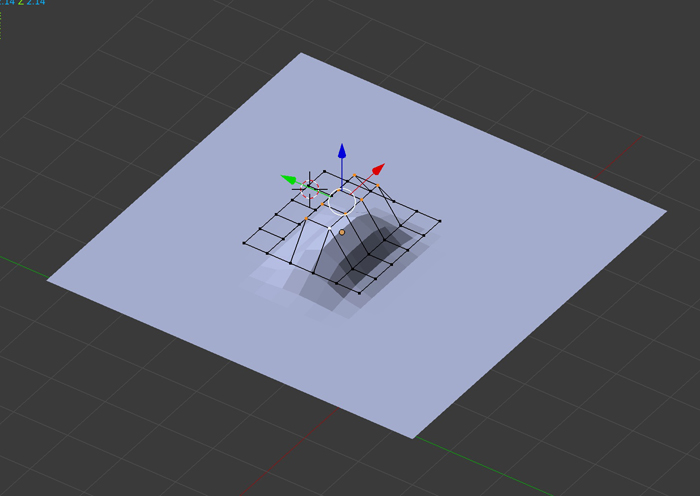 Not the answer you're looking for? Browse other questions tagged modifiers objects displacement or ask your own question.

4
Displacement modifier as a wave?
7
Using a bézier curve to raise/lower height of vertices?
4
Using an object to deform another object, like punching a pillow, what's the best way to do this?
2
How do I produce an uneven offset /solidify modify on a cube?
3
is it possible to make this in blender
3
tensor flow / deformable grid
2
When using warp modifier, is there a way to keep the warping speed constant?
1
How do I get a cloth plane to "go back" to its original shape after being disrupted?
1
Deform mesh based on proximity
1
How to achieve a 3D warp field effect in blender (2.81)
See more linked questions

13
How to create a "fluid/distortion" effect on a solid object (example inside)
9
Wrap curve around sphere
0
How to add a embossed/debossed logo to a curved surface?
0
Can't thicken parts, slicers don't recognize said parts
0
I want to close gaps in a model to make it printable
0
How do I recreate this complicated shape?
0
Cuts and intersections on a curved surface