What are the not so obvious features of Rigify?

I watched a tutorial which explained that scaling the finger controls would make them curl.

Are there more features like curl by scale in rigify which are not intuitively discoverable ? 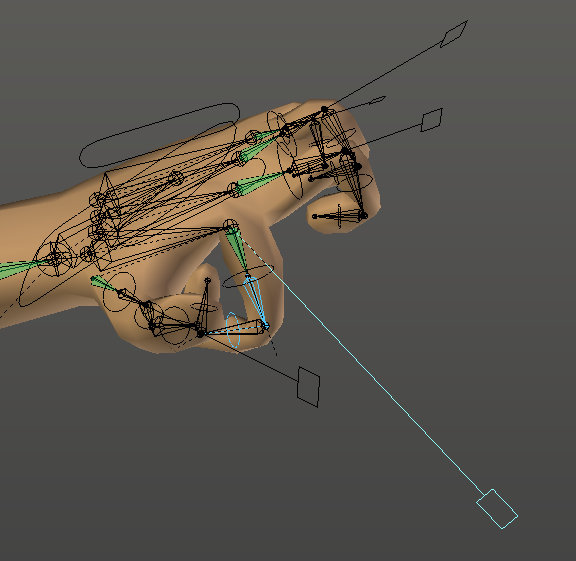 Let me start by saying that I think that the finger curl trick might have mislead you a bit. As complicated and advanced a mechanism as Rigify is, it's nothing really 'unique' in terms of rigging in Blender and rigging in general and as Fweeb says above..

...for people who have been using rigs in Blender for a long time, scale controls on the fingers are a long-standing convention that doesn't feel alien at all.

Apart from the finger curl when scaled, there isn't really anything much left to 'discover' per se, it is just a nice collection of common operations etc. and control interfaces to give animators more control and allow people to skip most of the arduous work when rigging as it can be expanded on if needed.

You might know most if not all of these already.. and I won't attempt to explain Rigify in full detail, that would be very difficult to do and is beyond the scope of this question. — However, as a future reference for beginners…

The top (n) or so things that are not so obvious at first glance about Rigify are:

1. This is not the rig you are looking for…

Most of these explanations are a bit vague and short, it is a bit more indepth than this but this is enough to get someone new to the rig at least a bit more familiar with it… and so as a last note, I would suggest reading up on Bone Constraints, Drivers and Properties.

Not the answer you're looking for? Browse other questions tagged add-on armature rigify or ask your own question.

14
Some vertices don't move along with the rig
8
Is it possible to use a slider toggle from FK to IK, in a armature?
7
Blender game character not responding to game logic
4
Blender animation using MakeHuman files
2
Parenting with automatic weights fails with an error?
2
Blender object Rigify - eyes, nose and fingers not moving
1
I can't move the finger from makehuman model with rigs

4
Rigify - Mesh Scale
3
PitchiPoy Rigify missing finger controls
0
Rigging, can not rotate the bones. Rigify Pitchipoy
1
How should I design the jaw for rigify pitchipoy?
3
Rigify finger controls rotation not moving correctly
2
Rigify finger control failed to bend after switching the computer from mac to window PC
1
How do I adjust limbs.simple_tentacle to finger?
0
Turn off Automatic finger Curling in Rigify
0
Rigify Super Finger: Wrong action center for scaling