Creating a Goldberg polyhedron in Blender

currently I am working on a game idea for Unity and I want to use Blender as my modeling software for it. The surface of my sphere like planet consists of separate tiles like you can see in this Goldberg polyhedron example:

By reading other posts from this community I was able to shape the polyhedron into a sphere but then realized after cutting out the separate tiles, that they were not proper hexagons or pentagons. With this type of polyhedron this should actually be possible. Now I looked back at the model and found out, that the hexagonal and pentagonal faces actually are not proper flat surface but their vertices are somewhat off and this caused my tiling to make slightly deformed hexagons and pentagons.

Is there a way to create this and more complicated polyhedrons maybe in Blender itself, in which the surface tiles actually form a flat surface without some vertices sticking slightly out?

// Edit So I used the geodesic dome addon which can now be found under the extra objects addon.

I tried to cut out the single tiles but again the edges a weirdly formed. 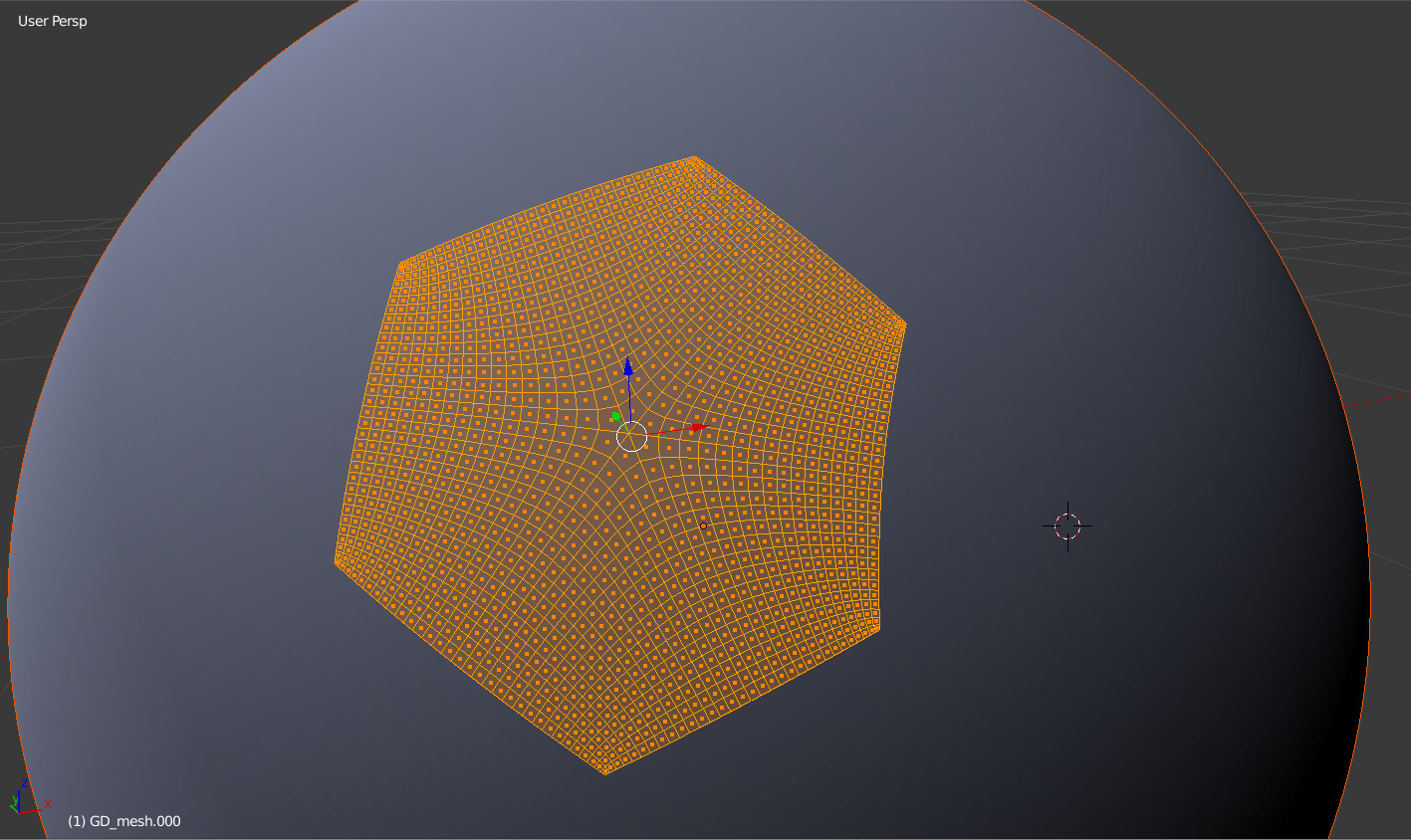 I do not understand why it gives me these odd shapes after I subdivide the faces and cast a sphere modifier. The original geodesic dome has the proper proportions which are now somewhat altered.

Sorry for my bad english.

// Edit Apparently I simply selected the wrong faces... maybe I should should make more frequent use of my brain^^ 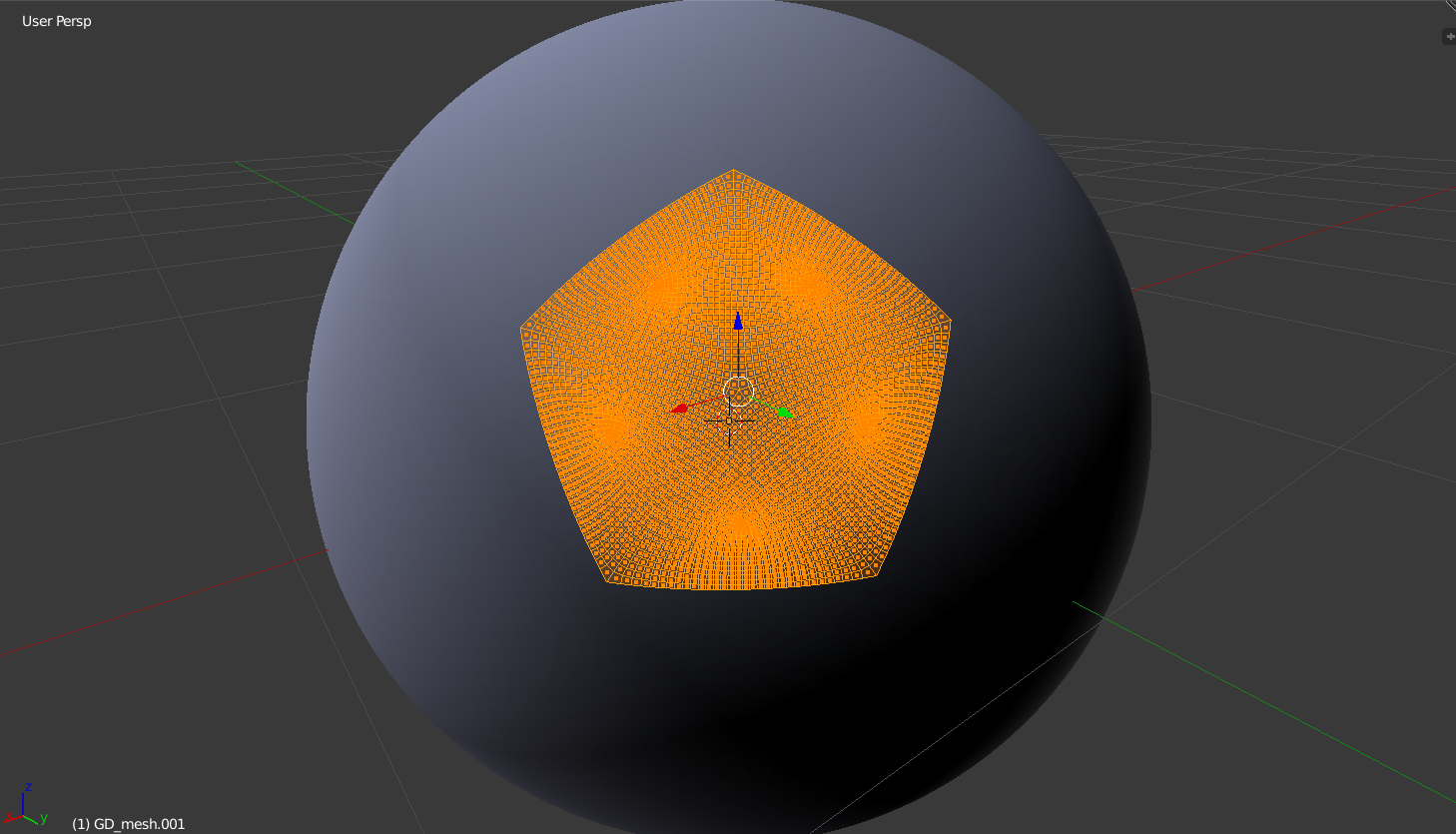 Should have realised that using the first approach I would get far to many tiles for the geodesic dome I was using... Luckily it looks now far more like a football.

Thank you so much for putting me on the right track.

Yes in fact, there is an addon for unusual geometric Objects. 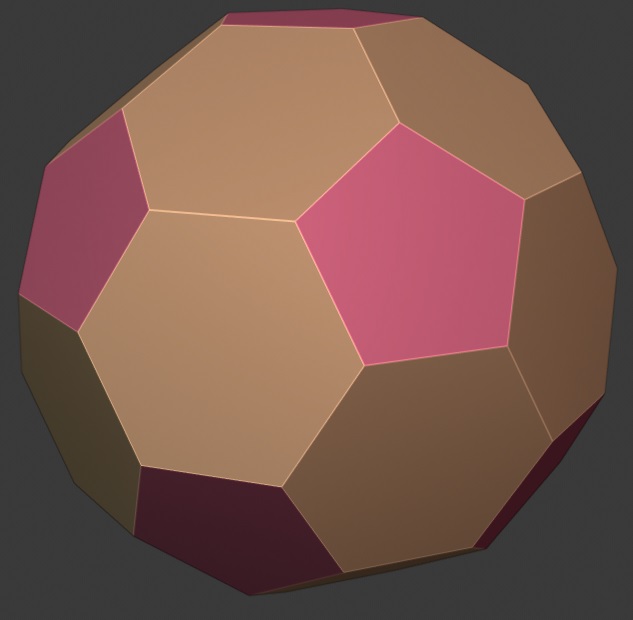 2
Wrap cylinder around sphere
6
How can I build a model out of hexagons? (honeycomb effect)
2
Place an object on each face of a polyhedron
1
How to add detailed engravings onto a curved surface in Blender for 3D-printing?
4
How can I effectively import and texture a large height mapped terrain mesh?
0
Connecting two separate objects physically without moving them
1
Homogeneous hole pattern in the surface of a geodesic dome