I am rendering a transparent material with a lot of inter-refractions, which works pretty fine. I now want to add some raytraced mirror to the same object but I am only interested in the mirroring of the surface - no refracted rays should be considered by mirror shader, since this is rather expensive.

You can use multiple scenes: 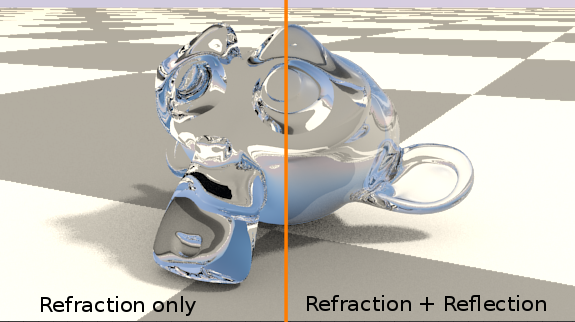 Composite the two object layers as desired and then composite over the background layer to get the final image. 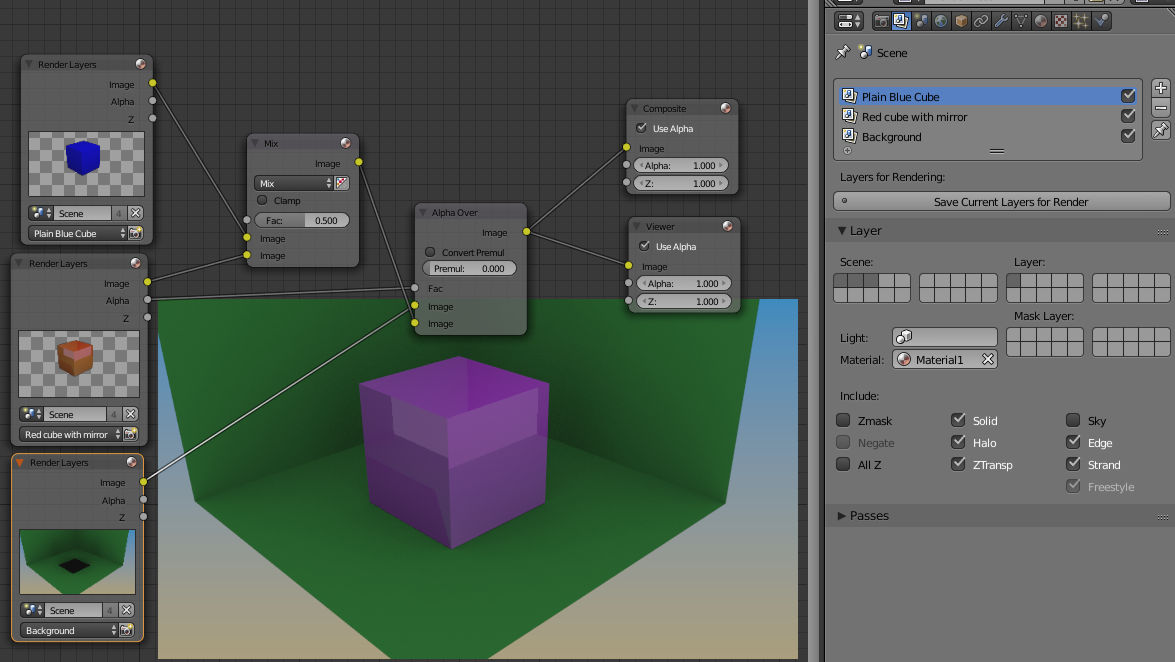 6
Is it possible to create a render layer with no depth of field?

26
How to understand the math behind Andrew Price's embedding his beer within his glass
11
Translucent plastic foam
1
How to render depth or surface Normal maps that properly reflect details of 3D shapes while respecting the nature of materials (transparency/glass)?
2
Can't join objects with different materials
1
Preview and Final Render Materials are Different
0
Render result looks different than render view
2
Render a scene twice but once it renders with an extra object