What's the best way/method to get a smooth, well-rounded aircraft nose-cone without a lot of space to create a gradual curve, or by adding tonnes of mesh?

My main problem is that I either end up with a point on the nose (if I scale the end cap wayy down), or, I'm left with a flat surface for the nose tip. This is for a game, so I can't use subsurface (the nose looks superb when I do that BTW. I wish there was a way to apply subsurface to selections only! -- but that's a rant for another day ;)

I've tried: a) adding a capsule primitive and using just the rounded cap-end to then bridge to the fuselage loop. But because the nose profile is a bit oblong and rotated downward on the z axis, that makes aligning the cap-mesh addition with the existing fuselage loop vertices impossible for a flowing line and light topology. b) Adding a bunch of loops to cause the final fall off to be gradual, but while that solved the curve issue a bit, I just then added a lot of mesh, and in the end I still have a flat nose-end-point anyway!

I'm also constrained by the aircraft nose profile -- see the image. I essentially have just the short distance you see in the image between the last 2 loops to create a well rounded shape.

Here is what the nose looks like at this time: 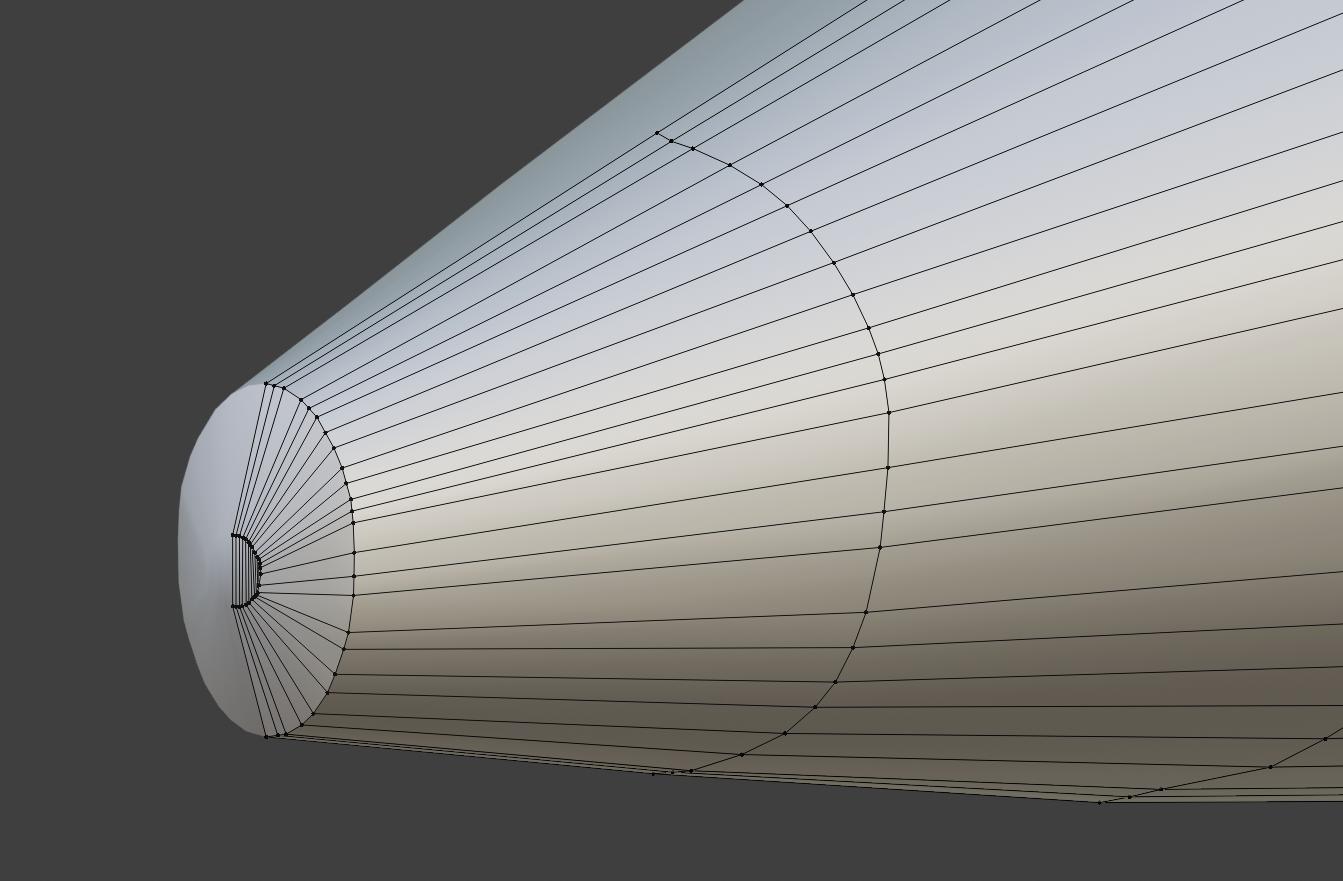 I don't know whether this is lo-poly enough for you.. there's a similar number of edges around the cone, (quite hi-poly, in my book)

Assuming an even number of vertices in the circumference:

This way, you might have to model the part with the Mirror modifier applied.. it is symmetrical, though, so you can slice it in half and stick it back.

You could try making the curve exactly as you want with no polygon restrictions and then using the decimate modifier to simplify the mesh. It will also save a lot of polygons to make the very tip of a simple shape, not a circle. It would reduce a lot of polys in the first segment of the cone.

Also, I can't tell from the image if you have already done this, you can have even less polygons and use shade smooth.